Spring again. The time when the warm southern wind blows away the chill of winter (and blows in enough pollen to turn a newly washed car yellow in two minutes). A time when I shake off the gloom of the winter months. A time when I decide to put aside the serious post I meant to do about the Amazonfail flap, try to forget about tax day,  and talk about something fun. 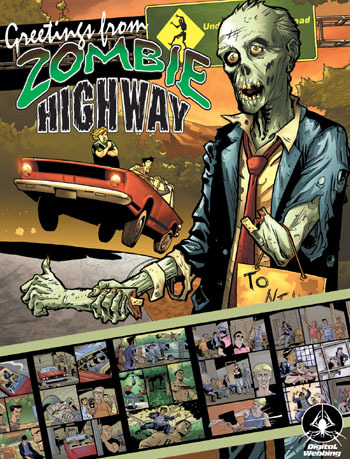 Are zombies the new vampires?

We do seem to be experiencing a sort of Zombie Renaissance these days. First, there was the sudden smash success of Max Brooks’ World War Z. 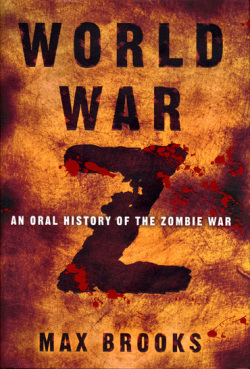 Subtitled “An Oral History of the Zombie War”, WWZ is smartly written, slyly satirical, and scary as hell all at the same time. I’d love to see it as a miniseries. 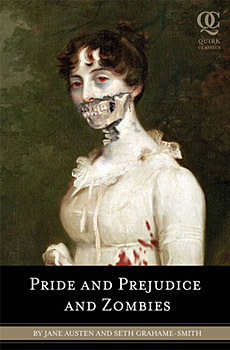 More recently, there’s Pride and Prejudice and Zombies, a “re-imagining” of the Jane Austen classic that opens with the deathless (heh) line:”It is a truth universally acknowledged that a zombie in possession of brains must be in want of more brains.” As my friend Tasha says, that is just so wrong. 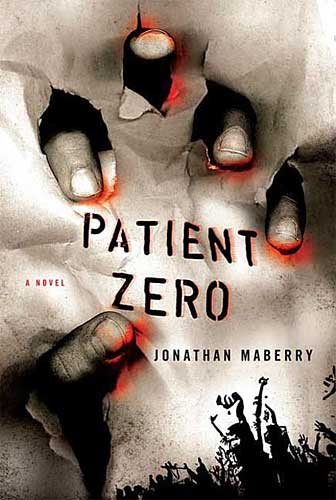 While I’m at it, I have to mention my current fave: Jonathan Maberry’s excellent Patient Zero, which puts a whole new spin on the zombie legend by casting them as a terrorist bioweapon. Facing the legions of the undead (and they are many)  is Maberry’s kick-ass action hero, Joe Ledger, a guy who could give Jack Reacher a run for his money.  I’ll nominate PZ’s opening lines (“When you have to kill the same terrorist twice in one week there’s either something wrong with your skills or something wrong with your world. And there’s nothing wrong with my skills.”) as one of the best openings of 2009.

As you can see, I love a good zombie story as much as the next guy. I’ve probably seen Night of the Living Dead a couple of dozen times, and I can quote you whole scenes of Shaun of the Dead verbatim. But even I have trouble explaining this.

I mean, I can almost see the the vampire thing. There’s a certain sexiness about vampires, or so they tell me. They’re beautiful, their hunger equates with great passion, they bite your neck…hey, it’s not my kink, but whatever floats your boat.

But it’s hard to envision a bestselling YA series about a forbidden romance between a beautiful but awkward teenage girl and a mindless, shambling flesh-eating ghoul. And, even as I bow down to the sheer audacious awesomeness of Marvel Zombies,

I have trouble explaining exactly why I love it so.

So what’s the deal, ‘Rati? Do you love zombies like I love zombies, and if so, why? What’s the attraction? And what’s your favorite tale of the walking dead?  And what book do you think could only be made better if you just threw in some zombies?

32 thoughts on “When There Is No More Room In Hell…”