I adore words. What writer doesn’t? But lately, it feels like meanings are changing faster that I can keep up. Really rarely denotes truly; people now use it interchangeably with very. And what about gay? Few speakers equate it with giddily happy.

Words tied to qualifications have shifted too. It used to be that doctor meant someone who had graduated from medical school and survived an internship. Now, PhDs often use the term without specification. Naturopathic, chiropractic and osteopathic doctors employ the shorthand as well. I’m not arguing whether these folks have the right to simply call themselves "doctors" — they do — but the assumptions their listeners make often are based on half the facts.

I don’t know about you, but I wouldn’t go to a PhD in English for an appendectomy.

Author used to mean something different too. That’s when book production was difficult and required a lot of equipment. Back in 1995, I was told on more than one occasion, that author meant "a person whose manuscript had been bought and published." I bet that was the main definition in 1885 as well.

Publishing has changed. There are two distinct models:
#1 is democratic; if you’ve got the money to do it, you’ve got a book. You’ve got total control from beginning to end. (Publish America falls into this model.)

#2 involves a group of people who judge the merits of your work against whether or not they can make a buck off of it. If they think they can, they invest in you.

Which brings me back to the word AUTHOR.
It’s not enough anymore.

The act of writing a manuscript may be similar for all of us. We create. We suffer. We hit blocks and merciless valleys. We keep our butts in the chair long enough to finish. We all deserve a big ol’ pat on the back.

But what happens to that completed manuscript — and our part in its journey to people’s hands — just isn’t the same.

I can’t speak to self-publishing for novels; I’ve never done it. However, I have written this blog for more than two years — AND I’ve been published in magazines and newspapers. In one case, I’m my own editor. In the other, I have to deal with editors. These experiences are significantly different.

As a traditionally-published author, I suspect that the process from manuscript to novel with UNM Press is also substantially different from that at iUniverse. I am certain that the latter doesn’t include the publisher’s initial vetting read; the editorial review; the editing; the copyediting; the fact checking; the editing again that happens at my publisher with every single book.

I find it distressing that the discussion about self-publishing and traditional publishing has become so acrimonious.

As far as I’m concerned, self-publishing is great for some people. Publishing traditionally is wonderful for others. Readers have more choices. Fine. Dandy. Next customer, please.

I want something that more accurately reflects the difference in the two processes of publishing. I don’t want the term to be loaded with judgment or arguments about quality; after all, there’s a need for both opthalmologists and optometrists in this world. A person could make the same argument about self-publishing and traditional publishing.

But they’re not the same. I’ve never paid to have my work in print. I DO want potential readers to know that.

I want a NEW WORD! 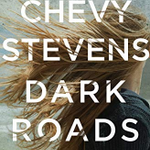