It
hit me the other day – as I was watching that cheesy old Clint Eastwood movie
“The Eiger Sanction” – that publishing is all about mountain climbing. And we are all on different parts of the
mountain, hanging on by our Lee’s Press-Ons, digging for whatever footholds we
can find on what seems like an increasingly icy slope.

Bear
with me here, I used up all the good metaphors on the just-finished book).

Now,
I’ve never climbed a real mountain, but a friend who has tells me that you need
stamina, skills and guts. I’d like to add something – ingenuity.

I
know those of you who are just starting out don’t want to hear this, but here
goes: It is damn hard to get published. But it is even harder these days to stay published.

You
think it’s easy to climb Mount Everest? Wait until you have to camp on it.

When
you’re first trying to get published, it’s like you’re standing at the bottom
of this towering mountain. It all looks so intimidating but still exciting and
you’re dizzy with the possibilities.

But
damn, it’s perilous. One false move, and you can have what my climber friend
calls a “zipper fall.” This is a fall of such length and velocity that the
climber’s protective devices are ripped from the rock in rapid succession. AKA:
Your publisher went bankrupt, your agent disappeared into the witness
protection program, your C-drive crashed, and the manuscript you’ve been
working on for ten years, “The Rembrandt Rubic” just came out with Dan Brown’s
name on it.

But
most us who are climbing the mountain will experience something less dramatic.
We will simply hit a plateau and find ourselves stranded on some cold, windy
tor. Maybe this has already happened to you.

Maybe
it is because, after climbing for so long, you’ve just run out of gas in the
ever-thinning air. You might have starred reviews in PW and window display in
Black Orchid. You snagged an award or two. Hell, even Kirkus likes you. But you
just can’t seem to get any higher. You are stuck on Midlist Mountain.

What
do you do? Two choices: Sit there and freeze your ass off or find a way to
reinvent yourself and get moving again.

I’ve
been thinking a lot about the extremes authors go to to survive these days. I
am involved in the Mystery Writer of America’s mentor program and have been
trying to help a writer who was on a fast track, lost her footing and went into
a free fall. Her first novel was named to PW’s Best Books of the Year list, she
had great reviews and name-in-lights promises from her Big Name Publisher. They
gave her a huge print run. You can guess what happened: her sell-through was
abysmal because, let’s face it, not a lot of readers are going to shell out $25
for an unknown. And now, her name is “poison” because whenever the buyer at
B&N punches it into a computer, the bad numbers come up.

None
of this was her fault. I read the book and it’s terrific. But her publisher, by
overprinting a debut, set her up for failure. So now she is trying to climb
back out of the crevasse.

So
how does she get around this numbers game? She could take a page from some of
the strategies other authors are using to keep ascending the mountain:

1. THE DEBUT REDUX: So you’ve got four
or five books out there and you’re doing okay. But your sherpa agent says he’s
taken you as high as he can. The new attack: You come up with a new name and go
out as a “first-time” author. Your name isn’t in any bookstore computer, so you
have a blank slate. Take the case of Lisa Unger. The author of the April
release “Beautiful Lies” got starred reviews in PW and Booklist, the latter
saying: “An outstanding debut…Unless readers scan the biographical
information first, they will never guess that Unger is a first novelist.” Well,
she’s not. Lisa Unger is Lisa Miscione, who wrote five fine books featuring New
York crime writer Lydia Strong. Do I begrudge the author this strategy? Hell
no. Lisa Unger nee Miscione is now a New York Times bestseller. She’s not
sitting on her butt in the cold anymore, folks.

2. THE NOM DE GUERRE: Many authors have
gone this route, starting a new series under a new pen name. Reed Farrel
Coleman, whose “The James Deans” has been shortlisted for the Edgar, Macavity
and Shamus this year, has a new book coming out this October called “Hose
Monkey” written under the name Tony Spinosa. It’s third-person POV to his usual
first, and he calls it “grittier, sexier, harder edge.”

He
tells me, “I did it under a pen name just to create some buzz and some
separation from the Moe Prager books. It’s kind of a lark. However, there are legitimate reasons to do series
under a pen name. I think publishers are almost more comfortable with a blank
slate than they are with numbers that might be okay but below
expectations. It’s easier for
publishers to sell unknowns to Borders and Barnes and Noble. By using a pen
name, you take history out of the equation. Do I wish things were different? Of course, but wishing never counted
for anything in this world.”

3. THE PAPERBACK TRAIL. This strategy
is suddenly hot in New York, with publishers taking their hardcover midlisters
“back” to PBO in the hopes of
generating the higher numbers needed to grow a mass market audience. This is
mostly being used with titles by promising — but not yet blockbuster —
authors.

I have several friends traversing this route up the mountain. When Paul
Levine wanted to get back into the novel-writing biz after a stint in Hollywood
(writing mostly "JAG") he found “the publishing industry wasn’t
exactly kicking down my door.” Despite the fact he had eight critically acclaimed
crime novels behind him, he had to sell his new comic courtroom novel “Solomon
vs Lord” on spec. When his editor at Bantam, Kate Miciak, suggested that the
best way to build an audience quickly was in mass market with books published
six or seven months apart, Paul wasn’t happy.

“This
wasn’t exactly what I wanted to hear,” he says. “All seven of my Jake Lassiter
novels and one stand-alone were published in hardcover. But I put my ego under
wraps and agreed to a four-book deal with all the paperbacks to be ‘Super Releases’
and Bantam doing ample promotion.”

He’s
happy with the results. "Solomon vs. Lord" (Oct. 2005) did well; "The Deep Blue Alibi"
(Feb. 2006) showed growth; and the outlook seems bright for "Kill All the
Lawyers" (Sept. 2006). Paul says it’s an exhausting schedule, “especially
because I also wrote a pilot for CBS last winter. Now, I’m working on the
fourth book of the Solomon series and, if all goes well, looking forward to
moving into hardcover with the next contract."

And apparently, there’s no loss in quality: “Solomon vs. Lord" is
nominated for both the 2006 Macavity award and the Thurber Humor Award.

Another
example of HC to PBO success: Jim Swain, author of the popular series featuring
casino-crime expert Tony Valentine. With great hardcover reviews and a solid
base of loyal readers already in hand, Jim recently agreed to a book deal that
would make most authors slit their wrists. He is writing two $6.99 paperbacks
that will be released five weeks apart.

"I know a hundred great writers in this field," he told the
Wall Street Journal recently. "The key is reaching readers. You need them
to try you at least once. All the advertising in the world won’t accomplish
anything if a person won’t pick the books up."

I
know what Paul and Jim are talking about when they mention the ego thing. My
own 1999 debut “Dark of the Moon” came out in hardcover. But then a veep took
over who had made her chops in breaking out authors in mass market. So back to
the paperback ghetto I went.

Sure,
I was upset about less prestige and fewer reviews. (But you’d be surprised how
many PBOs DO get reviewed). But I got a tradeoff payoff. My press runs have
steadily increased over seven books. The books are now in outlets like Costco
and Walmart, which are, sad but true, now essential to bestseller success. We
have made the lists of USA Today and even the extended New York Times.

Do
I still yearn for hardcover? You betcha. But I ask myself one question every
day: Would I rather have 25,000 chances to win a new reader or 250,000? Forced
to choose, would I rather be reviewed in the New York Times or be on its
bestseller list?

The
answer is simple. In these tough times, I want to make a living doing what I
love to do, and that’s tell stories. And I want those stories to find readers.

My
climber friend says there’s a slang term called “scuzzing.” It means to gain a
hold on the rock with body parts other than the hands or feet, however tenuous
or aesthetically displeasing.

So here I am, bivouacked with my buds on paperback hill. Some might call
it scuzzing. I call it surviving.

P.J. Parrish is the author of the
critically acclaimed Louis Kincaid series. Her books have been nominated for an
Edgar and three Anthonys. She just received her fourth Shamus nomination this
week.

@kellyekell Thank you so much! Looking over the list of past presidents was overwhelming.

Thank you @kellyekell. It’s complicated to stake out “first” territory when you’re mixed, but I am proud to be the first woman of color to serve as Mystery Writers of America’s President. So grateful! @EdgarAwards 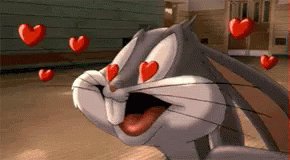 @swierczy YES. THIS. TOTALLY THIS.