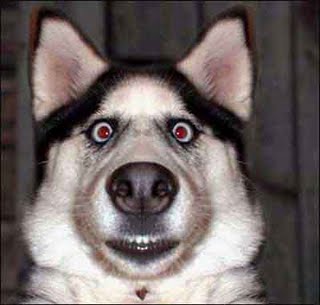 From a suburban Chicago newspaper comes this startling story, about a library under fire, and certain well-to-do citizens who simply don’t see the point of publicly funded libraries:

Telling her mother that she wanted to come to the aid of a library under attack, 11-year-old Sydney Sabbagha stood at the podium before the Oak Brook village board.

“I used to go to the library knowing there were people there to help me find a book. Now there is no one to help me,” Sydney said solemnly. “It will never be the same without the people you fired.”

Sydney nestled back into her seat, but that didn’t stop 69-year-old criminal attorney Constantine “Connie” Xinos from boldly putting her in her place.

“Those who come up here with tears in their eyes talking about the library, put your money where your mouth is,” Xinos shot back. He told Sydney and others who spoke against the layoffs of the three full-time staffers (including the head librarian and children’s librarian) and two part-timers to stop “whining” and raise the money themselves.

“I don’t care that you guys miss the librarian, and she was nice, and she helped you find books,” Xinos told them.

“Don’t cry crocodile tears about people who are making $100,000 a year wiping tables and putting the books back on the shelves,” Xinos smirked, apparently referencing the fired head librarian, who has advanced degrees and made $98,676 a year. He said Oak Brook had to “stop indulging people in their hobbies” and “their little, personal, private wants.”

Leave aside the fact this man Xinos sounds like a rather unpleasant fellow who gets a kick out of making little girls cry.  Leave aside, too, the debate over how a community should spend its tax dollars.  What struck me, while reading this article (and a few of the comments that follow it) is how little some people value the public library  — or even the idea of a public library.  One person in the comments section feels that kids hardly need libraries these days:

It seems that this library is more of a social gathering place than a source of knowledge. Who here thinks that there are even 20 homes in OakBrook without the Internet, which is what most students and individuals use now for research?

Would you be so upset if the town decided not to have public tennis courts and swimming pool? Most people in OB who want those facilities can pay for their own, or join a club. Why not make libraries prove their own worth in the same way health clubs do? Why force people who don’t use it to pay for it?  (from “City Resident”)

And another person chimes in:

With the internet along with every school having a library, is there really the need for libraries anymore? At least, does EVERY town need one? Can’t one library serve a handful of towns.  (from “rightwinger”)

Libraries, according to these folks, are a waste of public resources.  Why, they’re just like country clubs, and only the folks who actually use them should have to pay for them.  Make every kid who wants to borrow a book from the library dig the money out of his own pocket. And if they don’t want to pay up, then they should just go online, because everything you’ll ever need to know (whether true, false, or just plain worthless) is available on the internet.  And if you’re too poor to own a computer or have internet access, tough luck. Where in the Constitution does it list the “right to information”?

Good god, how our values as a country have changed when people today, in all seriousness, can equate kids using a public library with rich folks belonging to a tennis club. The idea of a library as merely a place to indulge one’s hobbies or one’s “little, personal, private wants” is not something I would have heard when I was a kid growing up in California. That was the post-Sputnik era, when educating American children became our national mission, when a President could announce, “We’re going to put a man on the moon” — and it would happen.  In those days, libraries weren’t considered amusement halls for hobbyists.  They were outposts of knowledge, accessible by anyone regardless of age, wealth, or race.

And access it I did.  Some of my best childhood memories are of combing the stacks at the Serra Mesa branch of the Public Library in San Diego, searching for the latest Nancy Drew mysteries. Twice a week, my mom would drop me off there, and I’d come home with a fresh armload of books.  I brought home mysteries and adventure novels, science books about dinosaurs and space travel.  I felt welcomed there, by ladies (back then, all the librarians seemed to be ladies) who always seemed delighted that I was back for more.  In those days, America didn’t consider public libraries a luxury; they were considered a national necessity, for feeding our brains, educating the populace, and moving the country forward.  We all seemed to agree that knowledge is power, and knowledge was how America would discover new cures and put a man on the moon.

The ancient world certainly understood the importance of libraries.  The great library of Alexandria was not just a repository of scrolls and historical documents; it was also a place where thinking men gathered to exchange ideas and test theories, a center of scholarship for mathematics, physics, and the natural sciences.

Fast forward to today, when some American communities — even affluent ones — now question the need for public libraries at all.  Rich people don’t need them because they can just drive to Barnes and Noble and buy the latest Dan Brown novel.  Poor people don’t pay taxes, so why should they benefit from a library that they don’t contribute money to? Wouldn’t our tax dollars be better spent on a new sports stadium that everyone can benefit from? (Except for those aforementioned poor people who can’t afford the price of a ticket.)

When I read articles like the above, I feel sick.  I feel that the values I grew up with — a respect for education and knowledge and science — is quickly vanishing from this country.  If we shut out brilliant but impoverished children from access to information, where will our future NASA engineers like Homer Hickam come from? Are we writing off the future of another budding scientist from a poor coal mining town?

Those of us who love books, whose lives are enriched by books, know that the internet is no substitute as a source of information.  Only a fool would claim otherwise.

Alas, the fools seem to be taking over.

30 thoughts on “The man who hates libraries”