While reading Tess' post last week on how it's not enough to be a writer anymore, I had a bit of an epiphany. It was expressed this comment in which I said:

I wonder if [publishers would] be saying that, say, book trailers were so vital if the publishers were required by law to write, produce, and pay for them, or if they'd say "aw, why bother, book trailers don't really sell more books."

And websites…you think anyone bought THE DA VINCI CODE because of Dan Brown's website? Does he even HAVE one? How many if the people who made Michael Connelly's last book a bestseller discovered him through his website?

I'll admit, that comment came off perhaps a little crankier than I had intended. Actually, truth be told,  I was a little crankier than usual that day for reasons we don't need to go into right now.  But I think the point's still valid: you may sell some books through the kind of marketing "everybody says" you have to do. But I really don't think that the people who make blockbusters blockbusters are buying books because they saw a trailer, or even because they saw a website.

I know this sounds like heresy.  But I think we here at Murderati, and all of us folks who frequent the book blogs, are a bit of a skewed sample. Most of us are not only hard-core book geeks, we also probably spend a lot of time on the Internet.

But here's something I've noticed. A lot of the biggest readers I know, including mystery readers, don't spend a lot of time Web-surfing, and those that do aren't hitting the book sites. My in-laws are voracious readers, and they don't even have a computer (which gives them more time to read).  Several of my colleagues in the law biz read a lot, and I can't remember a single one of them telling me they bought a book because they saw a trailer for it on YouTube or stumbled across the author's website. I know I've sold some books via people I've met on Facebook, and a few due to the blogging I do, but none of those sales were enough to kick me up to the bestseller lists. And while there have been a couple of times I'd have had to take off my shoes and socks to count the number of books I've sold at bookstore events, more often than not I can just use the fingers of one hand.  There have only been a couple times when the sales themselves justified the cost of the gas.

Now, do I think that publishers are just being evil and sadistic by telling us we need to do more and more,  and pay for more and more out of our own pockets? Not at all. I think they're just as baffled as we are, and when something looks like a good idea, and they don't have to pay for it, they're willing to say "hey, go for it," especially if everyone else seems to be doing it.

But hey, maybe I'm wrong. Lord knows, that's happened before. So writers and readers, I want to ask you to do me a solid.  I'm going to pose a few questions that I not only want YOU to answer, I want you to ask at least one friend or relative who reads and who you know IN PERSON, not just on the ''net.

1. Have you ever bought a book by an author who you'd never heard of because you saw the trailer for it on the Internet?

2. Have you ever bought a book by an author who you'd never heard of based on their website, blog, or MyFace page?Or did you more often find the author's 'net presence AFTER you read them?

3. Have you ever bought a book by an author who you'd never heard of because they were appearing in a bookstore and they caught your interest?

4. Have you ever bought a book by an author who you'd never heard of because you saw it in the store and it looked interesting? Where was it in the store?

5. If you've ever  bought a book from an author who you'd never heard of for any other reason, why was that?

It's a totally unscientific survey, of course, but I'm interested in the replies. 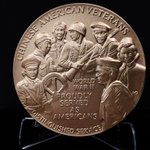 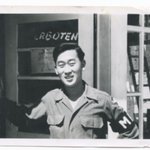