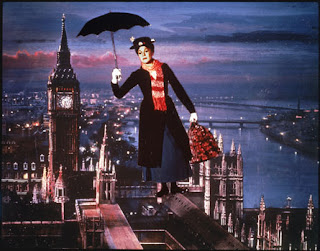 There are so many tricks that authors can take from filmmaking to help with character.

Today’s example is the CHARACTER INTRODUCTION.

I’ve been breaking down HARRY POTTER AND THE SORCERER’S STONE for the online class I’m teaching and that movie is superb for this character technique. Every major character has a fantastic character introduction.

Character introductions are painstakingly developed by screenwriters because the making of a movie (at least in the past) almost always hinges on attachments – that is, attracting a star big enough to “open” the movie – that is, bring in enough box office on the opening weekend to earn back production costs.

When you have an actor like that, the studio will finance the movie.

(Okay, now we could go into the fact that lately studios are less and less willing to rely on stars to open movies and why, but this isn’t an article on film financing, it’s an article on character).

Actors don’t always read the whole script. I am absolutely sure that all your favorite actors do. And there are actors who convince great directors to sign onto scripts that they love. There are actors who love a script so much that they produce it themselves, without even taking a role in it, to get it made.

Still, and I know you may find this hard to believe – some actors only flip through the script reading all their own lines, and make the determination of whether or not they will play a part from that.

And so no matter how brilliant the rest of your script is, an irresistible character introduction may be your one shot at getting an actor who can get your movie made.

But what does all this have to do with writing novels, you ask?

Well, what I’m saying is that even as a novelist, it doesn’t hurt to think of character in terms of casting. I know some of you design characters (in novels as well as scripts) with actors in mind. I certainly do. You may start writing a scene imagining a certain actor playing the role of the character you have in mind, and use that actor’s voice. I do this, not all the time, but fairly often. I can feel myself writing for an actor, and imagining an actor saying the lines – but then ALWAYS, at a certain point, the character just takes over. Everything I do with character until that point is just treading water until the REAL character shows up.

Then I forget all about actors and creating and designing – I’m really just following the character around taking dictation.

But – until that point, imagining an actor, and writing for that actor, can be a real help in attracting that mysterious being called character.

(I would be worried about sounding completely psychotic at this point except that I’m talking to a bunch of writers and I KNOW YOU KNOW WHAT I’M TALKING ABOUT.)

So, if you’re willing to buy into this metaphor I’m working on, that characters are much like actors, and you have to design parts that will attract them to your story and convince them to take on the role…

A really good way to do this is to create an irresistible CHARACTER INTRODUCTION.

Let’s take a look at some great ones.

– Rita Hayworth throwing back her hair in GILDA.

– Dustin Hoffman on stage playing a tomato in TOOTSIE (and then the equally classic introduction of “Dorothy”, struggling to walk down a crowded NY street in high heels and power suit.)

Hoffman as a tomato tells us everything about his character, both his desires and problems: we see the passion he has for acting, the fact that he’s not exactly living up to his potential, and how extremely intractable he has, basically unemployable. It’s also a sly little joke that he’s playing a “tomato” – a derogatory word for a woman.

This intro also tells us something about George Bailey’s outer DESIRE line – he wants to do big things, build big things, everything big. In fact, the story will be about how all the LITTLE things George does in his life will add up to something more than simply big, but truly enormous.

– Mary Poppins floating down from the sky holding on to that umbrella.

– And okay, let’s just look at the mother lode of brilliant character introductions: HARRY POTTER AND THE SORCERER’S STONE.

– Dumbledore: an elderly, medieval looking wizard regally walks down a modern street, using some flashlight-like device to kind of vacuum the lights from the streetlamps into this tool.

– MacGonegal: A cat on a porch meows at Dumbledore, then the shadow of the moving cat turns into the shadow of a witch in pointed hat, and MacGonegal walks regally into frame.

Hagrid: first appears as a glowing light in the sky, very conscious reference to Glinda’s magical appearance in the glowing bubble in THE WIZARD OF OZ (and Hagrid will be the fairy godmother to Harry). Then the Wizard of Oz reference has a humorous twist – Hagrid descends not in a shimmering bubble, but on a Harley.

But the introduction of Hagrid is more than humorous – it tells us a lot about the character. First, the debate that Dumbledore and MacGonegal have over whether Hagrid should have been trusted with the baby tells us a lot about this character we’re about to meet. And when we see Hagrid carrying the baby this hulking giant is as tender as a mother.

Harry Potter: we see him first as a baby in swaddling clothes, left on a doorstep (like every fairy tale changeling and also Moses in the bulrushes, the child who grows up to be the leader of his people), while the witch and the wizard talk about how important he’s going to be – then the scar on the baby’s forehead is match cut to the scar on 11-year old Harry’s forehead to pass time and introduce Harry again.

Again, note that this introduction of Harry tells us a lot about this character – in pure exposition and also by using the visual, archetypal references to Moses – and, let’s face it, the baby Jesus with the three kings (wizards and witch).

Olivander, the wand master: John Hurt slides into frame on a ladder, slyly glowing as only John Hurt can glow.

Of course, having actors like all of the above has more than a little to do with the power of those introductions – obviously we’re talking about screen royalty here.

But those introductions were also specifically designed to be worthy of those stars.

So add character introductions to your list of things to watch for when you look at movies and read books. Note the great ones. The more you become aware of how other storytellers handle this, the better you will be at writing them yourself, for your own characters.

You know the question by now. What are YOUR favorite examples of character introductions?

Want more? Get full story structure breakdowns of ten movies in each of my workbooks.

This new workbook updates all the text in the first Screenwriting Tricks for Authors ebook with all the many tricks I’ve learned over my last few years of writing and teaching—and doubles the material of the first book, as well as adding six more full story breakdowns.

My Thriller Award-nominated Huntress/FBI Thrillers are ON SALE on Amazon UK.
All five books 99p each.
A haunted FBI agent is on the hunt for a female serial killer.
This time, the predators lose.
Shop for all five here