Let the Devil Speak: Articles, Essays, and Incitements by Steven Hart
My rating: 5 of 5 stars

Smart, witty, acerbic essays about American culture, literature, and music. The book’s real tour de force is the first chapter, “He May Be a Fool, But He’s Our Fool”, which proceeds from a curious juxtaposition between two cultural events: racist Georgia Governor Lester Maddox’ contentious appearance on the “Dick Cavett Show” and Randy Newman’s seminal 1974 album “Good Old Boys.” Newman had often said that the Maddox appearance, where Newman felt the Governor was treated unfairly, was the inspiration for the album’s opening track “Rednecks.” Steven Hart uses that connection to trace not only the divergent careers of Newman and Maddox, but the thread of bitter, corrosive resentment, inevitably tinged with racism, which runs through right wing politics to this day.

My favorite passage is the one about Pat Buchanan’s “culture war” speech at the 1992 Republican convention. Hart writes: “the imperturbably sunny face of the Reagan Presidency had been replaced by a frothing troglodyte with an anti-tax pledge in one paw and a picture of a bloody fetus in the other.” That passage perfectly sums up the moment when I got off the moderate fence I’d been sitting on during the first George H.W. Bush term and threw in with the liberals.

It’s not all politics, however: “The Ents From The Orcs” provides a fascinating glimpse of another particular moment in time that left an indelible mark on our culture: a night-long conversation in 1931 between three Oxford University academics (Henry Victor Dyson, C.S. Lewis, and J.R.R. Tolkien) that led to the writing of Lewis’ “Chronicles of Narnia” and Tolkien’s Middle Earth series. “Bruno” is an appreciation of the life and work of the late Jacob Bronowski (of “Ascent of Man” fame). All of the essays share the same insight and sharp, incisive, sometimes cutting prose. I found myself nodding along in some places, laughing out loud in others. Great book, and highly recommended.

View all my reviews

@danjlevy Me watching the Emmy’s tonight. Congratulations to all of you! 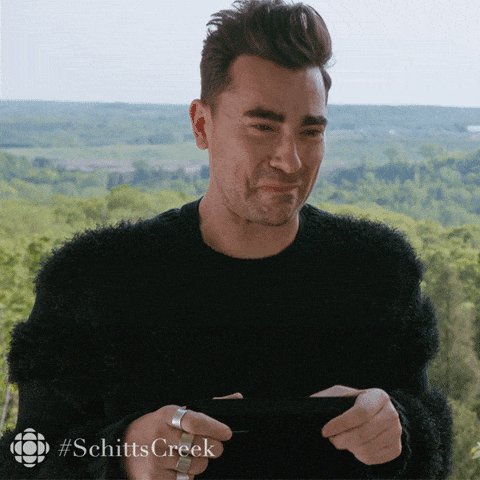 @fodderyfodder O my young colleague, I feel your pain. I let the local PAC coordinator talk me into taking out of county cases, and I'm already regretting it. But when you take on the job, sometimes you just gotta embrace the suck. I'll be thinking of you.

@ASharon004 Starts slow, gets better, then gets really really good.

@Davidsannie4 @ProjectLincoln @LittleBlkDres I'll have a phone in one hand and a Mossberg 500 Cruiser in the other. We'll see what gets some fucking results.

@dancer39532 @ProjectLincoln Check. Right after I put the motherfucker in a coma.