This year I’m trying NaNoWriMo again. For those of you who don’t know, it stands for National Novel Writing Month and it’s basically a whole community of writers (both published and aspiring) getting together with the goal of writing 50,000 words in the month of November.

I tried it for the first time in 2011 and unfortunately only made it half-way. This year, I hope to get a bit closer to the 50,000 word target, however I am trying to fit it in around fairly limited chunks of writing time.

This year, I’m working on book 2 in a new YA series. I recently finished the first book and am doing the agent/publisher rounds but I thought in the meantime I’d spend November to get a chunk of book 2 written. It’s especially important for this series, because book 1 does end on a cliff hanger. Yes, there’s some resolution, but I know if I was reading it I’d want to pick up book 2 pretty much straight away because while the lead character just avert disaster in book 1, the novel ends with her ‘going into the lion’s den’ shall we say.

In the lead up, I’ve been doing a bit of planning. I tend to be more of a plot-as-you-go writer, but I thought in honour of NaNoWriMo (and because I had no idea where the plot would go!) I might actually do a basic structure before putting pen to paper. And I’m using a new-to-me theory…I’m trying the Blake Snyder beat sheet, which includes 15 ‘beats’ in a story. It’s made for screenplays, and some beats only last one page (e.g. the Opening Image) while other beats might last 25 pages (e.g. Fun and Games).

I’m also using Scrivener (which I use for all my writing now) and so I’ve written up scenes on index cards in Scrivener and I’ve customised the ‘Status’ section so it says which type of beat the scene (index card) is. This is what part of my structure looks like.

So, that’s my November. I did miss last month’s blog (naughty me) but I’ll check back in with a blog on 1 December to tell you all about my NaNoWriMo progress. Or you can see it in real-time at www.facebook.com/pdmartinauthor

@FionaPrine Glad you're better. Good luck and much love to you and John.

@Yamiche For once, that's a good idea from him. The less time his hands are on the wheel, the better. 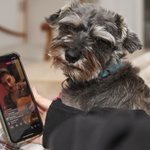 Reply on TwitterRetweet on Twitter1Like on Twitter7Twitter
Load More...