It should come as no surprise to readers of my books or of this blog that music has a huge influence on me. The titles of the first three books, THE DEVIL’S RIGHT HAND, GOOD DAY IN HELL, and SAFE AND SOUND, come from songs by Steve Earle, The Eagles, and Sheryl Crow, respectively. Favorite tunes are often a springboard for plot points or for whole books, even if the books themselves end up bearing no relation to what actually happens in the song.

Sometimes,  I like to use music directly  in a scene to emphasize or comment on what’s going on.  It’s a cinematic-type effect and a by-product of my own creative process, which often involves seeing the story as a movie playing in my head. Some of my favorite movies use music playing over a scene, or playing or being played by the characters.  Scorsese’s GOODFELLAS, for example, would be a lesser movie if it didn’t have that awesome soundtrack serving as a sort of Greek chorus to the action on the screen.

As an author, though, you have to be careful when using music on the page. It can get a little too cutesy if you overuse it, for one thing. But there’s a more practical concern, namely that getting the permission to use a song  lyric can be a major pain in the ass.

One of the many things that surprised me when I got into the business is that it’s the author, not the publisher, who’s responsible for obtaining (and if necessary paying for) the proper permissions. The first question is, when do you need permission do use bits of a song (or quotes from someone else’s poetry or prose)?  While the US Copyright Office insists that “there is no specific number of words, lines, or notes that may safely be taken without permission,” I’d always heard that two lines was pretty safe. More than that, however, and your  publisher may start to get nervous. There’s a concept called “Fair Use” that might save you, but it’s murky and convoluted even by the standards of copyright law, so just assume you’re going to need permission.

So how do you go about getting the permission you need?  First you have to find the song’s publisher. Note that this is  not the record company, at least not much these days. A savvy songwriter will set up his or her own publishing company, which is the actual owner of the rights to the song, and thus the entity entitled to the money from performances and other uses.

There are a couple of ways to find out who the publisher is. One is to look on the album itself. There’s usually  some fine print, somewhere around where you find the list of tracks on the album. It’ll say something like “All songs copyright Insert Name Here Music.” The other, easier way is to do a search on the websites of the two big music licensing services, ASCAP or BMI.  Let’s try to find who owns, say, John Hiatt’s “Have a Little Faith In Me.”

We go to the ASCAP site, navigate to the ACE title search page, and plug in the title.

Your title search for “”HAVE A LITTLE FAITH IN ME”” returned 0 results.

Fortunately, the first one gives us:

Clicking through the publisher’s name gives us:

So then you can call, write, or e-mail, tell them you’d like to use a lyric from one of their artists in a book, and ask to be directed to the proper person. They’ll take it from there.

Steve Earle‘s people were great to work with, and let me use a few lines from “The Devil’s Right Hand” for a pittance.  My experience with “Good Day In Hell” was a little different. It was my screw up, actually: I’d put off tracking down the publishers until the book was already being typeset. I found that, since the song was co-written by Glenn Frey and Don Henley of the Eagles, there were actually two publishers that had the rights: Cass County Music and Red Cloud Music. An e-mail to one, however, got me in touch with a very nice lady who let me know she could handle both. However, she said “The guys almost never give anyone permission to do this.” I began quietly freaking out at this point. After a couple of days, she got back with me and said they wanted to see the passage where the lyric would be used. Heart in throat, I sent her an excerpt, along with a note that contained some of my best groveling.  Within a day she’d e-mailed and said “I caught up with them in two separate airports. They say okay, and all they want you to do is make a small donation to each of their favorite charities.” Which I promptly and gratefully did. Mr. Henley, Mr Frey: thank you from the bottom of my heart. In a profession full of jerks and prima donnas, you guys showed real class.

You may decide after reading this that using someone else’s lyrics is just too much damn trouble. Certainly, after the “Good Day In Hell” scare,  I went back and rewrote the scene in SAFE AND SOUND that contained the Sheryl Crow lyrics, because no way was I going through that kind of fear again if I didn’t have to. But if you think the story just won’t be the same without it, start early.

And, as always, be nice.

19 thoughts on “Music and Lyrics and Permissions, Oh My!”

@DavidCorbett_CA @blacklionking73 I mean...that's why I recommended it and tweeted about it! It's very exciting. 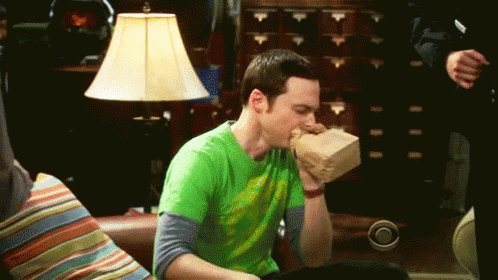 @ArielLawhon She was just looking for some air con.