After crafting three noir short stories in between novels, I’ve now really wandered into the dark side. I’ve come out with a children’s book and not one of those edgy YA ones, but a heart-wrenching middle-grade one with a pink cover.

I’ve already discussed here a couple of years ago of why I’ve entered this territory. As often is with the case with me, the story—not the genre—pulls me like a magnetic attraction. As the story emerges then I usually try to push it into the form I THINK that it should take before I finally SURRENDER (hopefully sooner than later) and follow it towards its natural inclinations, voice, and rhythm.

Actually I thought I had embarked on a women’s novel until my agent and her agency intern at the time informed me that the voice of the tween was stronger than the thirtysomething-year-old looking back on her life. “You mean I have a YA novel,” I said weakly. I didn’t have anything against YA novels, but I just didn’t picture myself as writing one. So I returned to the desk and the computer and started deconstructing and reconstructing and yes, they were right—I had a book for younger readers on my hands, but I learned later that it wasn’t YA. It was an age category younger than that—middle grade, which in the case of my book means 10 years of age and up. (Here’s not a fast and firm rule, but a guideline—usually your core youth readership skews two years younger than the age of your protagonist.)

Since my published fiction up to this time has been geared towards adults, I’ve faced a steep learning curve. Writing is writing, but publishing is always another matter.

Myths About Getting a Children’s Book Published

1) It’s easier to sell a book for children than for adults.

We’ve all witnessed the Harry Potter and Twilight series phenomena. Young people are finally crazy about books. So that must mean that means publishers are on the hunt for children’s book writers and stories, right? While that may be true, it’s also true that many, many people—perhaps more than any other genre—want to write children’s books. Many editors (mine, in fact) even write themselves for this market. As a greater number of people are competing for limited slots, competition is pretty fierce. Once I got a literary agent, my first mystery sold in a manner of weeks. In contrast, the sale for my middle-grade book took a number of months.

2) It’s easier to write a book for children than for adults.

What can be so hard about writing a book for children? There are not many words, especially in picture books. If we are used to writing 1,000 words a day, than a book that totals 1,000 words shouldn’t be that difficult, right? I have never attempting to write a picture book because of one word—poetry. I’m convinced that you need to be a poet to write picture books, and I’m definitely not one.

In terms of middle-grade literature, the standard word count is 40,000, but I hit 50,000. It’s not difficult for us established mystery writers to reach our word quota. But with children’s book, it’s not about volume, but about each scenario and point of view on the page. My observation is children’s books are much more heavily edited than mystery books for adults. Anyone else have an opinion about this?

3) You need to have children to write a book for them.

I know that some of my girlfriends furrowed their brows when they heard that I was writing a book for middle-grade children. I don’t have kids, after all. So what would I know about being a kid in this day and age? But the thing is, we were all children at one time. We often talk about the good ole days, how we were different when we were young than “this generation,” but the truth of the matter is deep down inside there is not much which separates “them” from “us.”

Technology is, of course, the great divider, but it’s actually not that difficult to learn how tweens and teens communicate this days. If you’re reading this blog and you’re over forty, you’re more with it than most people of your generation. Being a mystery writer and engaging in blatant self-promotion through websites, blogging, Myspace, Facebook, Twitter, etc., is actually a training ground in learning new ways to communicate. And what are we communicating? Love, lust, anger, information, selling and buying—the same old stuff.

And ironically, as a children’s book writer, you need to always take the viewpoint of the child. That may mean the parents are not seen in a favorable light. The writer has to literally stop thinking like a parent or teacher, but literally like a child.

So, What’s the Payoff?

I’m still not clear how average advances for children’s books compare against ones for adult books (for picture books, the author and illustrator split royalties 50-50), but I’m told that children’s book deals tend to be lower. I’m sure that this differs from case to case, but in general don’t be chasing a children’s series because you expect the same riches bestowed on J.K. Rowling.

My children’s writer colleague said it best: “When you receive that letter, e-mail from a kid saying how much your book means to them, it’s all worth it.”

I had the great opportunity to serve under Sujata Massey in judging the Edgars in the YA category last year. It was wonderful to get acquainted with the work of some great mystery writers for the children’s market. I’m also always on the lookout for good mystery books for my friends’ children. Encyclopedia Brown, Harriet the Spy, Nancy Drew, and the Hardy Boys are all classics from my era, but there are some newer series for younger readers:

CLASSIC P.I. a la Raymond Chandler: My favorite current mystery series is NATE THE GREAT by Marjorie Weinman Sharmat. These are easy readers (meaning that children 4 to 8 can read them themselves). The child sleuth, Nate, of course, has a dry wit and cool detachment that makes his adventures a delight to read. The plots and puzzles are very well constructed. The CHET GECKO series by Bruce Hale for middle-grade children is also popular. Here a gecko plays Sam Spade with plenty of references to noir movies (titles include FAREWELL, MY LUNCHBAG, THE BIG NAP, MALTED FALCON, and THIS GUM FOR HIRE). Adults will get the references better than children themselves.

CALIFORNIA FEMALE a la Sue Grafton: Wendelin Van Draanen, the author of the SAMMY KEYES series, incorporates a literary device used by Sue Grafton and Jan Burke. She’s made up a California coastal city, but modeled it after a real town. Grafton has Santa Teresa (Santa Barbara) and Burke, Las Piernas (Long Beach and its environs). Well, Van Draanen offers Santa Martina, which is actually Santa Maria, a city which I have come to love. SAMMY, like Grafton’s Kinsey Millhone, is full of pep and vinegar. Grafton even states in her blurb for SAMMY KEYES: “If Kinsey Millhone ever hires a junior partner, Sammy Keyes will be the first candidate on the list.”

SCI-FI MEETS THRILLER a la Dean Koontz: I heard Margaret Peterson Haddix speak at this year’s Society of Children’s Book Writers and Illustrators and I knew that I’d have to run out and read her books. Her popular SHADOW CHILDREN series deals with overpopulation of the earth and how “shadow children,” born after a family’s second child, are either executed or imprisoned. Her series centers predominantly on a shadow child, Luke. Her new series involving time travel, THE HIDDEN, deals with how a set of adopted children discover their true historic identities.

There are a number of standalones, especially for YA readers—dark stuff that would make some hardboiled mysteries for adults look light weight. Have you come across an interesting mystery for younger readers? Have you thought about writing a book for the middle-grade or YA market? If so, please comment. If you would never consider writing for children, we’d like to hear from you, too.

I also want to make note of my mystery colleagues who have recently published books for the youth market: Susan McBride (her DEBS series debuts this week and it’s listed on Kid’s Indie Next List [formerly Booksense Picks]—congrats, Susan!) and Lauren Henderson. Susan, Lauren and I all have the same editor at Delacorte. And Chris Grabenstein has his hands full with a launch of a children’s book, THE CROSSROADS (been getting great reviews) and his next installment in his John Ceepak mystery series for adults.

I’ve asked Susan to stop by here today so if you have any questions or comments for her, please leave her a note and she may reply. And thanks, Murderati, and specifically Pari Noskin Taichert for having me here. Happy last days of summer or back to school!

JAPANESE WORDS OF THE WEEK: kurai and pinku.

Kurai means dark, not only visually but emotionally/spiritually. In terms of noir, it’s usually phoeneticized as “nowaru.” There’s even an anime series with two female assassins by that same name.

One guess what pinku means—the Japanese love their gairaigo, their transliterated words from foreign languages (most often English). For those who haven’t waken up yet, pinku is pink. Remember the Pink Ladies, a Japanese girl band from the 1980s? I guess pinku also refers to Japanese soft-porn movies from the Sixties to the Eighties. Learn something every day from Google.

24 thoughts on “From Black to Pink” 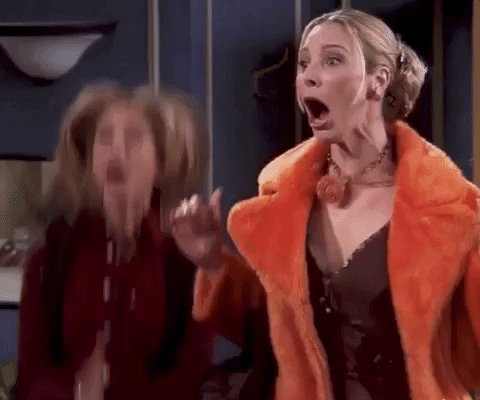 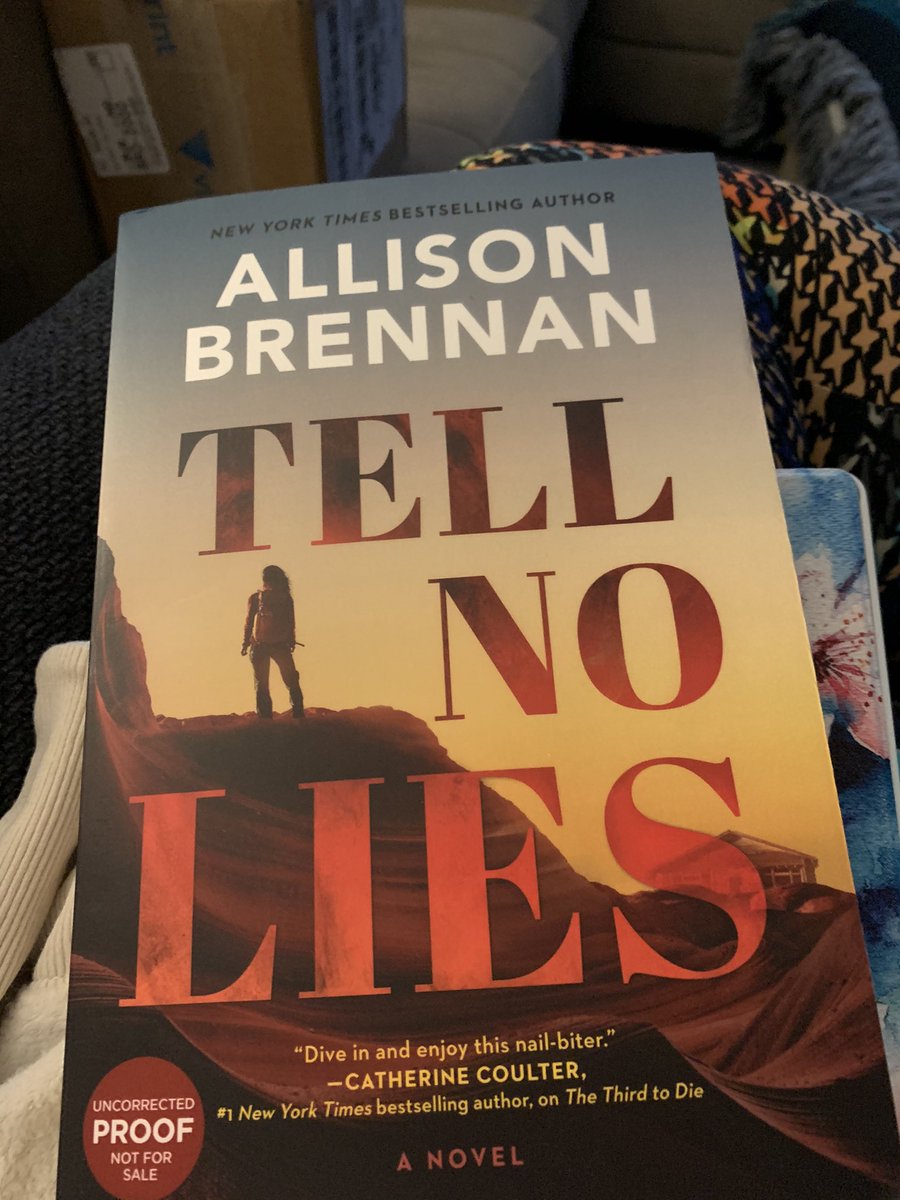 Book mail is the BEST! @Allison_Brennan

@VABVOX Because his dad killed JFK? 🤔

@maurinelee60 Just keep your eyes open for billboards and road signs! And signs on buses.

@LisaFranceCNN Our family also had a loss during this for which we could not gather together. It’s so painful. Sending you love.

Reply on TwitterRetweet on TwitterLike on Twitter13Twitter
Load More...