I’m often asked, "What kind of person becomes a novelist?"  People want to know what we writers have in common, and whether there are special characteristics that make a writer successful.  I give the same answers everyone else probably does: A fertile imagination.  A love of reading.  Sheer persistence.  But I also throw in one more characteristic that others may forget to mention, yet it’s one that I consider vital to the craft of storytelling:  Insatiable curiosity.

If writers were cats, we’d all be dead.

When story ideas come to me, it’s seldom because I actively went looking for them.  More often, they arise out of some interest that’s completely separate from my job as a writer.  Or I come across an odd little fact or news item that inspires my curiosity and compels me to find out more, simply because I can’t help myself.

Years ago, I read an article about a newly discovered class of organisms called "Archaeons," single-celled creatures so ancient that they probably split off from the larger tree of life at the same time that bacteria did.  They’re sometimes called "extremophiles" because of the hostile conditions in which they thrive, such as in the superheated waters of underwater volcanic vents.  Although I couldn’t see how I would ever use the information in a book, I was so fascinated by these bizarre organisms that I collected a number of clippings about them from various science journals.  They went into my file of "creepy facts", which I’ve maintained for decades.  99 percent of the information in that file will probably never find its way into a novel; I keep it around just because I’m a weird gal and happen to love creepy facts.

Some years later, news broke of an accident aboard Mir space station.  The circumstances were so scary and dramatic that I knew I had to write about it.  I imagined an accident in space, with dying astronauts trapped aboard a space station.  But what would be the circumstances?  Why wouldn’t they just evacuate and come home?  What could keep them quarantined aboard a doomed spacecraft?

That’s when I remembered my old clippings about the Archaeons, which are capable of surviving in almost any environment.  And it occurred to me: what if scientists discovered a sample of such organisms at the bottom of the ocean, trapped there by crushing pressures for thousands of years?  What if such organisms weren’t from earth at all, but had landed here aboard an asteroid?

What if they were actually an advance army of invaders, here to colonize the earth?  Sent up to orbit by scientists and exposed to the microgravity of a space station, they would begin to assume their real form –a form that’s deadly to the human race.

That became the premise of my book GRAVITY.

I never could have written that book if I hadn’t delved into the oddities of Archaeons a few years earlier.  And it was curiosity that made me do it.

Curiosity can take you places you never expected to go.  It makes you turn over rocks and poke sticks in holes and peek behind closed doors.  It may never lead to a story idea, but so what?  Life is about more than writing books. It’s also about the thrill of discovering some delicious fact that has absolutely  no relevance in your life.

But sometimes, sometimes, an obscure fact will come in useful.  It may not be until years have passed, but that’s the thing about curiosity.  It’s a long-term investment.

By the time you read this blog post, I will be winging my my way home from Egypt.  At the moment, my suitcase is lying half-packed on my bedroom floor, awaiting the sunscreen and bug spray.  I’m going to Egypt to learn to read hieroglyphs.  It’s an utterly irrelevant skill, and I don’t think I’ll ever use it in a book.  But I’m curious about ancient dead languages, in the same way I was curious about those humble little Archaeons.

Knowledge is never wasted.  Sometimes it just takes a lifetime to figure out how to use it.

15 thoughts on “Curiosity and the writer” 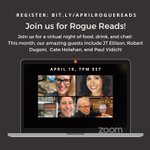 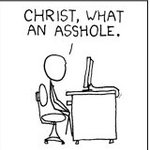