I’m down in Arizona this week to take care of my little bird of a 93-year old mother who fell and broke her femur at the hip. Her dementia, of course, makes recovery more difficult as she doesn’t remember that she fell and doesn’t know where she is when she wakes in the hospital.

In the meantime, let me leave you with one of my favorite topics: cover design in crime fiction. (I’ll be checking in from my iPhone. I guarantee typos all over the place in my replies.)

You’ll remember how giddy I was when I first saw the cover to Forcing Amaryllis. They nailed it on the first try. 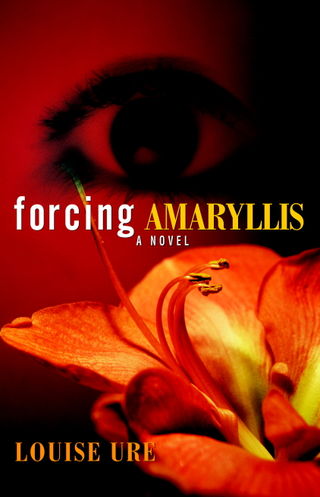 I loved everything about it – the colors, the mood it evoked, the mystery it suggested. I built my website around the design, printed postcards and bookmarks, and only bought clothes that would look good when I was standing next to a display in a bookstore.

I didn’t realize then how lucky I was.

When The Fault Tree went into production, St. Martin’s Press took a different tack with the design. (I’d been with Mysterious Press for the first book, so this was their first outing with me, and their chance to brand my books the way they wanted to.)

The first effort caught me by surprise. 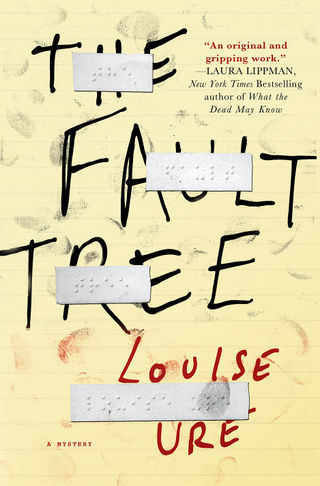 Yes, it’s a story about a blind woman, so the Braille images were appropriate. But ye Gods! It looked like a ransom note written by Helen Keller. And the Braille message stuck across the title didn’t read “The Fault Tree.” It said something like “East Chihuahua Tacos.” They even got the name of Laura Lippman's book wrong in the quote.

They went back to work. The second effort let me breathe a little easier, although I now envisioned buying only black clothes to wear on tour. “Not bad,” my editor said, “but we think it looks too much like a paperback.” What exactly makes a cover “look like a paperback?” The only design element I’ve noticed in paperback covers is a tendency to put the title or title and author name higher on the page so that it can be read if it’s displayed in a rack.

I could have lived with it. I would have sat quietly next to that stack of black books at the signing table like a forty-year old on a less than satisfying blind date, offering it at arm’s length to interested readers, but not holding it close and whispering sweet nothings in its ear.

Bless their little mystery-loving hearts, St. Martin’s wasn’t content with that second design either. And happily, they asked David Rotstein to take a shot at it. 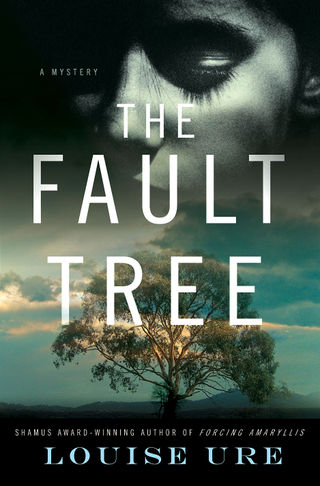 He got it. All of it. The ephemeral quality I wanted, the wistfulness, the danger. And he gave it a family look with the first book, even though this publisher hadn’t had anything to do with that first one.

So when cover design started for the new book, Liars Anonymous (April 2009), I knew I was in good hands.

Here was their first effort. 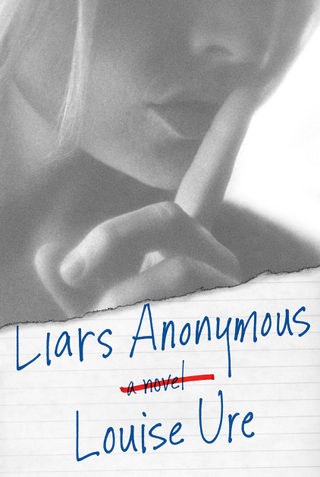 Interesting. A sense of mystery. A bit of play with the title. A color palette that would stand out on the shelf. “It looks like a romance novel,” my agent said. Uh oh.

St. Martin’s went back for another try. 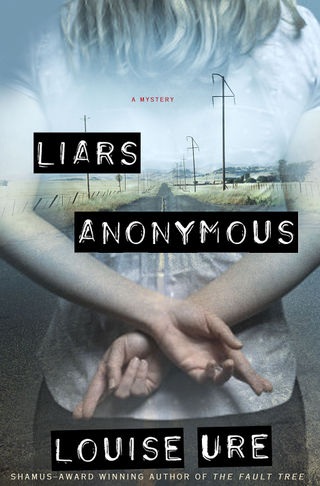 More interesting. But aren’t two hands with fingers crossed a sign of wishing rather than lying? “It looks like a YA novel,” my agent said.

St. Martin’s, ever undaunted, asked David Rotstein for another try. 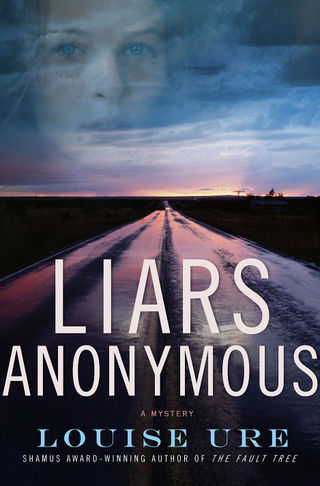 Isn’t that one fabulous? I, of course, have now redesigned my website around it (thank you Maddee!), made bookmarks and postcards, and bought only clothes in shades of turquoise and salmon that would look good when I was standing next to a display in a bookstore.

If it were I blind date, I think I would propose.

I’m very much behind schedule in preparing for this book launch. Left Coast Crime, little-bird mothers and life have taken their toll. But the early reviews are now coming in, and I’m breathing a sigh of relief. Not only did I get a great cover, but it looks like the reaction to the book is positive, too.

Here are some of the highlights:

“Shamus Award–winning Ure’s third mystery (after Forcing Amaryllis and The Fault Tree) is perhaps her finest effort to date.”

"As Ure slowly peels back the layers of scar tissue … readers come to realize just how damaged the feisty heroine truly is."
– Publishers Weekly, starred review

Please think some fine positive thoughts for my mother, my ‘Rati friends. And then tell me your horror stories or  happy endings with cover design.