This isn’t the blog I was intending to write this week. (And no, I wasn’t even going to mention Susan Boyle … Oh, drat …) But, something popped up during the current rewrites. Which are, incidentally, proceeding at the kind of pace that can usually be measured in terms of continental drift.

I have just reached a point in the story where my main protagonist, Charlie Fox, has arrived to see the wife of a client, and discovers the woman was badly injured in a helicopter accident some years previously. At this point, I don’t think there’s any particular reason for this woman to be partially incapacitated, apart from an unwillingness to travel, which has necessitated Charlie going to her. I could have explained this in some other way – that she’s simply too busy running her oil exploration business, for example, or that she has a fear of flying. But when the character came into my head, this back story arrived ready attached.

And now it bothers me slightly. I’m the kind of writer who likes things to have a purpose. In my head, I think of the main strands of a story as different coloured threads, all plaited together, twisting and turning in on one another into a tight mass, so the end result seems stronger than the sum of its parts. The more I can weave those strands back in on themselves, the tighter and stronger the story feels to become.

Of course, you can take this too far, and TV crime shows often do. Whenever you see an extraneous character – the relative of a victim, for instance – who has screen time beyond simply sobbing into the hero’s shoulder as the mortuary sheet’s turned back, you just know they must have had some hand in the crime.

So, this is why I have this niggling doubt about changing this particular character’s back story. Part of me feels it should have some vital significance, while another part of me thinks that, sometimes, you can get away with introducing an accidental injury that really is just accidental, otherwise, every twitch telegraphs to the reader that Something Important is about to happen. I remember years ago reading a book where the main character comes down with a horrible head cold about halfway through – and it plays a vital role in the plot. Every time that character sneezed in subsequent books, I was waiting for the other shoe to drop.

In real life, people do sleep through their alarms, misread directions, or get stuck in traffic. In a crime thriller, such a mundane occurrence usually results in the discovery of a still-warm corpse your hero wasn’t quite in time to save.

In real life, people are sloppy, incompetent or simply mistaken. In a crime thriller, that would often signal a large-scale conspiracy or part of a sinister cover-up.

In real life, accidents do happen – often more than once to the same person. My brother-in-law, for instance, used to work on the North Sea oil rigs. He’s been in two helicopter crashes, ditching within sight of the beach. (And very annoyed he was, too, at having to wade ashore.) In a crime thriller, we’re back to cover-ups and conspiracies again, or attempted murder at the very least.

A friend of mine who is a retired Scene Of Crime Officer (SOCO was what CSIs used to be called over here, before they trendied up their image) told me that, although the book says you meticulously bag and label every piece of evidence removed from a crime scene, human nature often takes over. He recalled being sent to a scene where there was an abundance of evidence – I think it was may have been from a drug factory. When it got near the end of shift, the evidence was simply loaded into carrier bags and slung into the boot of a car to be taken back to the station and bagged and labelled correctly at leisure.

He gave me to understand that this kind of thing happened regularly and did not compromise the subsequent case when it went to court. I don’t know if that’s true or not. But if you put something like that in a plot, it would have to signify some vital twist. The drug baron would no doubt get off and swear revenge on the officers involved. Or the SOCO would be fired from his job to sink into an alcoholic haze, from which he would be rescued by the prospect of working One Last Case as a means of redemption. 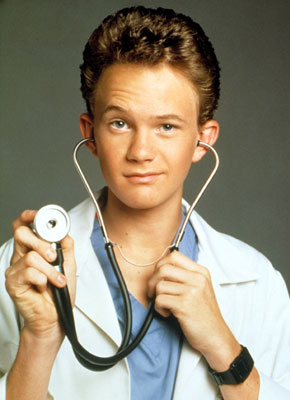 Another example. When my Other Half’s appendix went bang, we duly trotted him into hospital and, after they’d found him a bed, began the usual taking of bloods. For this, a German medical student arrived and announced that he was going to ‘attempt’ to get a line into Andy. This did not inspire confidence, but then, neither did his ineffectual multiple stabbing technique.

Now, we know Andy has good veins, because they strike oil immediately whenever we go to blood doning sessions, but maybe that has something to do with the fact they use a needle about the same size as the insert of a biro and it’s kinda hard to miss.

So, then a junior doctor appeared (think Doogie Howser’s younger brother) and managed at the first try what the medical student had failed to achieve. I would have been impressed … had he bothered to put on a pair of gloves before he did it. Or if, having successfully punctured my Beloved’s vein, he realised he hadn’t uncapped the syringe he was trying to attach to the needle. Cue blood everywhere, into which the young doctor’s tie seemed to be wafting about precariously …

I was very restrained. After all, it’s never a good idea to annoy people who are sticking sharp objects into a member of your family. I managed, through gritted teeth, to politely inquire if it was standard practice not to wear gloves in the NHS any more. “I can’t really feel what I’m doing if I wear gloves,” the doctor replied.

Again, if I put this into a book, it might strike the wrong note in what would otherwise be a tense sitting-mournfully-by-the-bedside hospital scene. 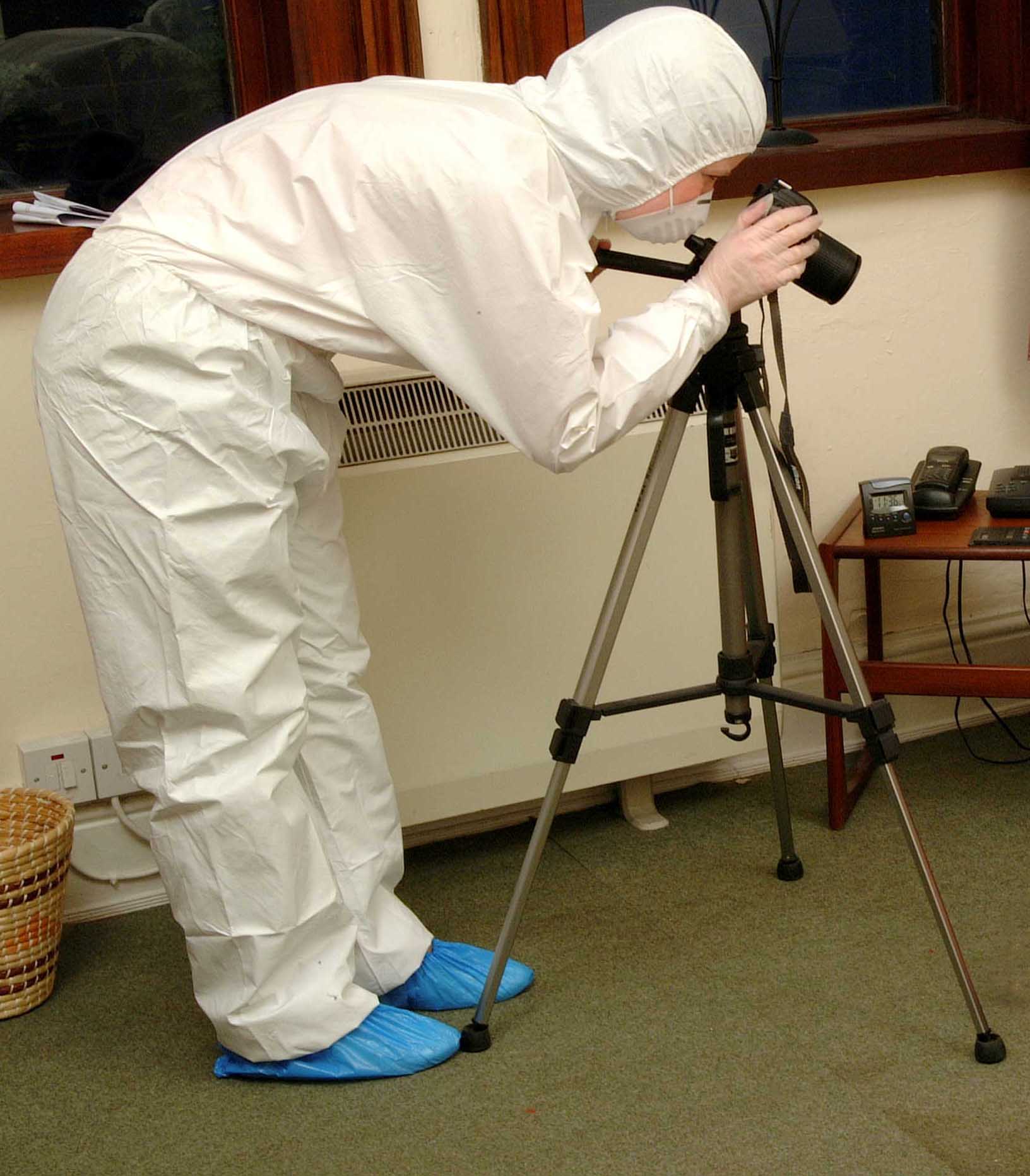 The final example is another crime scene story. A particular rural UK force was quite excited to discover small particles at a crime scene that matched those found at another, apparently completely unrelated scene. Because, as we all know, serial murders are a lot more of a rare occurrence in real life than they are in the pages of fiction.

A major enquiry was in the offing … right up until a slightly embarrassed CSI owned up to the fact that, having analysed the mystery particles, they turned out to be flakes of paint from the tripod he’d used to position his camera over the body …

If my writing was of a more comic tone, then this is exactly the sort of thing that would fit right in. But can you get away with such moments of real-life light relief in a more serious novel?

So, have you come across any real-life stories like these, and would you put them in a novel or would you fear that nobody would believe them?

Alternatively, have you put real stories into a book, and been accused of going too far in your sense of invention?

This week’s Word of the Week is shambles, a noun meaning to be in a state of complete disarray. It comes from the Old English word ‘sceamul’ (pronounced ‘shamell’) which means ‘stool’ or ‘table’ as in a butcher’s workbench. During the medieval period, most English towns had certain streets occupied by a single trade, and the butchers’ street was known as the ‘shambles’, a street name still found in some old towns like York. Street butchers were supplied by the slaughterhouses and such was the mess of blood and animal parts by the butchers’ workbenches that the word ‘shambles’ became a metaphor for general mess and chaos.

37 thoughts on “Being Human”