It’s been one of those weeks, so let me beg your forgiveness up front.

I’ve been nestled in my chair, hard at work, moving only to cut nibbles off a block of Parmesan cheese and brew copious pots of tea. Never distracted, that ‘s me. I WISH!!!

I’ve realized that I’m much too caught up in "current events." Current Events was one of those items you’re graded on in elementary school, then morphs into a class in junior high. I excelled at Current Events. Excelled. I’m a news junkie as a result, and now I realize I’m a media whore as well. The death of one of my favorite actors, Heath Ledger, stunned me into immobility on Tuesday. I sat and stared at the television, stared at my laptop screen, stared into space. I "experienced" the moment, along with millions of others. It sucked.

And it’s funny, because I’ve broken myself of the habit of having my television on all day tuned to the news stations. I never turn the TV on during the day anymore. My Mom called to tell me Thompson had pulled out of the Presidential race, so I skimmed the web news sites that I frequent. The Breaking News about Ledger came up, so I turned on the TV, in shock. Something in me kept waiting for them to say it was all a mistake. I waited, and watched…

Three hours later, hubby arrived home. My laptop was burning hot in my lap, I had four windows open that I was refreshing every few seconds, the TV was blaring, and I was still in total shock. Just then, they broke in to show Ledger’s body being wheeled from the apartment building. I thought I might just throw up. I kept going back to TMZ (TMZ, y’all. I was in a bad way) to see what tidbits they had uncovered. They got most of it wrong, as did all the news services, but little bits of truth scampered out. I resisted the urge to email a friend who works in the ME’s office in New York, just to say if he saw the body to say a prayer over it for me.

Hubby, not greeted at the door with the customary slippers and a martini, wandered into the living room looking lost. I assume he looked lost, that is, because I didn’t look up from the computer screen. I was much too busy refreshing, replaying the stretcher rolling, imagining  Ledger’s gorgeous body in there and all the people who loved him being subjected to this insane treatment of his last day on earth. Imagining how I’d feel if I DID know the lump in black. Throwing up was again an option.

Hubby broke the spell. He frowned and said, "I see the copyedits are going well."

Oh, yeah. Did I mention, I’m doing copyedits??? Sandwiched in between two out-of-town appearances on back-to-back weekends, leading into the Killer Year signing next week. No excuse, but still…

I had given up for the night anyway. Something about this kid dying just rocked me. I don’t know him. I’ve never seen him in person. I’ve never met anyone who knows him. Yet as I watched the coverage, I knew deep in my heart that he wouldn’t be happy with all the fuss. An intensely private media person, Ledger was being publicly dissected, and I was furious for him.

That’s when I realized I’d fallen into the black hole myself. I hate the idea of this kind of media frenzy. yet I watched, pointed and clicked with bated breath all afternoon. Shame on me.

Shame on all of us. Why do we let these vultures, the paparazzi and the media, perpetuate this insane culture of excess, celebrating, CELEBRATING, when kids go down the wrong path. If you’ve got money and fame, by God we’re going to hear about your escapades. When you die as a result, well, that’s ratings gold.

I dragged myself back to the page on Wednesday. It’s late Thursday now, and I’m nearly done. I’ve been lost in Taylor’s world for two days, and am starting to feel that incessant curiosity about the real world leave me.

So how do copyedits and Heath Ledger combine into a cohesive blog post? Well, they don’t, really. This has to be the first week in a long while that I just didn’t know what to write about. I’m a bit burned out on the blogging front, I’m afraid. It’s one of those weird moments when you realize you just don’t have anything to say.

So let me share what I’ve learned this week.

1. Don’t take anything for granted. In life, in art, in our hopes and dreams. It seems more and more that you need to be tortured to be an artist. I vote for less torture and more art. Try to live life to the fullest, because it is a frail beast.

2. When you’re copyediting a current book, you need to make sure that the changes being addressed are consistent with your last book. I imagine the further into the process you are, the worse this phenomenon gets.

3. I have zero grasp of the plural possessive. I lay the blame squarely at the feet of Mrs. Grasso, who made me read Animal Farm instead of teaching me how to use a damn apostrophe.

4. No matter what, Fate will make sure that there are four or five tree-trimmers in your neighborhood running chain saws and wood chippers whilst you try to copyedit. Gaaahhhh!

And now, some announcements.

Kim Alexander from XM radio’s Fiction Nation kindly interviewed me about All the Pretty Girls, Killer Year, and life in general. That was a fun phone call, let me tell you. Her review is up on the Fiction Nation website, and the interview can be heard on Take Five, XM 155 on Saturday January 26th at 6pm and Sunday January
27th at 10:00am and 8:00pm, and on Monday January 28th at 12:00
midnight and 3:00am. You can also hear Fiction Nation on Sonic Theater,
XM 163 on Thursday January 31st at 3:00 pm. All times EST.

I’m guest blogging for Tasha Alexander this week and next while she gallivants in Istanbul. We’re having a cocktail party just for her, so stop by and say hi.

Patry Francis’s THE LIAR’S DIARY comes out in paperback Tuesday. Please give it a try — it’s a brilliant book. Honestly, if it doesn’t make Oprah’s pick this month I’ll be shocked.

Marcus Sakey’s second novel, AT THE CITY’S EDGE, came out on Tuesday. He’s written another wonderful book, and I highly recommend you give it a try.

And of course, our labor of love, KILLER YEAR: Stories to Die For, dropped on Tuesday as well. Guaranteed to make you sit up and take notice, the stories from both debut and experienced writer’s are stellar, and the essays by Lee Child and Laura Lippman are worth the price of admission.

Thanks for putting up with me this week. I promise a stellar column to make up for it.

Wine of the Week: Copious amounts of whatever red is close to hand.

KIDDING! How about a yummy Spanish — 2004 Ostatu Crianza

P.S. As I was putting this column to bed last night I received some terrible news. My English teacher from high school, the one I’ve mentioned here was my inspiration for becoming a writer, lost his oldest son Dave in Iraq last week. I have a few boys over there, and I pray for them constantly, but this one is a real blow. Dave Sharrett was a hero, a young man who joined up in 2006 because he knew it was the right thing to do. He was a sweet kid, one I remember as Bean. I can’t believe he’s gone, and this whole post now feels eerily prophetic. I debated long and hard about deleting it entirely, but that wouldn’t change anything. Please keep the Sharretts in your prayers today.

@fjeffdr @DWUhlfelderLaw "It occurs to me that the best way to hurt rich people is by turning them into poor people."-Billy Ray Valentine, Trading Places 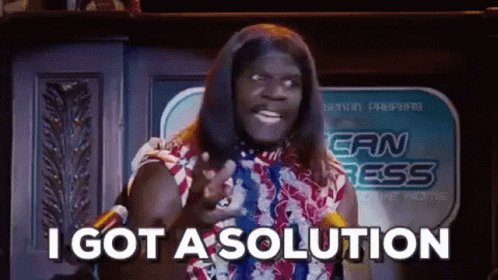 Today’s #nytbee is just me trying to add “able” to all imaginable letter combinations, right?

Reply on TwitterRetweet on TwitterLike on Twitter25Twitter
Load More...