I did an interview yesterday with Murderati regular Stacey Cochran for his upcoming Raleigh-based author interview cable program, THE ARTIST’S CRAFT.

It’s been my experience with interviews that you always, always learn something about yourself and your work and specifically your relationship to your work, and yesterday was no exception.

The very first question Stacey asked was, “How did growing up in California influence you as a writer and your decision to become a writer?”

Now, I don’t know if I’ve talked about this with Stacey before or if this was some conclusion he came to on his own because he’s sharp that way, but of course growing up in California had worlds to do with my becoming a writer, and I’ve been aware – maybe not for always, but for a very long time – that I was incredibly lucky to have been born there. Actually, I was incredibly lucky to have been born in the US to begin with, and to my particular parents, but today I’m going to talk about California, and I hope the rest of you will see where I’m going and be moved to talk about your home states/cities as well.

Except for short (a year or less) forays living in different states and cities, which I find an extremely inspiring and important thing to do, regularly), I have lived all of my life in California. Berkeley, Los Angeles, Palo Alto, San Francisco – alternating large stretches of time between Northern and Southern California (which are different universes, at least to Californians. I won’t even get into the “What is Northern California, Middle Calif., Southern California?” debate).

I’ve also been lucky enough to visit every state of the Union (except for Alaska, actually, but now, of course….!!!!). And it struck me from the time I was a very small child, on our yearly family cross-country road trips, that states in the US are really almost like different countries are on other continents. Every US state has a mythos, carefully crafted by tourist boards and state and local governments and its special geography and sheer weight of history. Each has its own dialect, its own political philosophies, its own way of dress, its state birds and mollusks and legends.

When you think of California, what do you think? The Gold Rush, the Hollywood dream machine, “fruits and nuts”, hippies, free love, beaches, granola, feminists, surfers, yoga, cults, movie star politicians (sorry about that last one, people, not MY fault).

Those are the legends, but it’s all true.

Now, my parents are scientists and they didn’t want me to go into the arts any more than any loving and caring parents ever want their child to go into the arts. But we were living in California and alongside my parents’ parental messages (“Go to college, get a degree, find a steady profession, save for retirement”) were all of these ever-present California messages: “Follow your dreams”, “Be yourself”, “Do what you love and the money will follow”, “Question authority”, “A woman’s place is in the House – and in the Senate”, “Free your ass and your mind will follow…”

Well, you know. When those things are constantly projected all around you, you believe they’re possible. It’s like hypnosis.

After I graduated from Berkeley (and THAT is a place unlike any other, the People’s Republic of Berkeley – it’s like living in Wonderland, or Oz. It’s no wonder at all that I can’t write straight reality to save my life, because Berkeley is simply supernatural), my idea of a practical career plan was to move down to LA to become a screenwriter.

But in California moving down to LA to become a screenwriter WAS a practical career plan. I had a degree in theater. I had a resume of production experience three yards long. I’d written, directed and produced full-length, large cast musicals.

When you’re a writer no one ever asks to see those things, of course, but it all meant that I had trained for the job – I wasn’t some naïve, flying in on a wing and a prayer.

And in California, the movie industry IS an industry, just like any other industry. You are paid to do the work you do because if you’re good at it, it makes the corporation money. It doesn’t get any more practical than that.

But – writing – all writing – is also a dream job. And I believed I could do it because my state taught me to follow my dreams.

So I’m wondering. What are your state legends? How did your state and/or city influence your career path? Did it help or hinder your personal dreams?

PS – for those who were wondering, the state mollusk of California is the sea slug.

@lisastark351 I'm glad that people aren't letting that be forgotten.

@matthewqmartin @JoshPheterson @ed_solomon Agreed on Red Mars. I hit the wall with Green Mars every time I get to the point where Sax goes to the terraforming conference. I powered through this time...and now there's another conference going on. JFC. 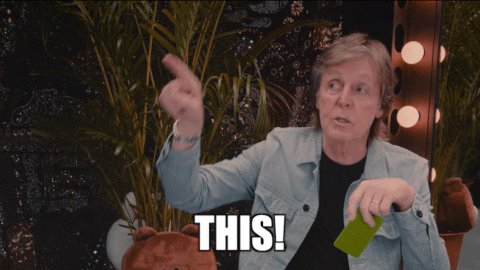 @matthewqmartin @JoshPheterson @ed_solomon Was just taking another run at trying to finish Green Mars, and I was thinking the same thing.