If you were on Twitter last night, you couldn’t have missed the slew of #YAsaves hashtags after the extremely biased and ignorant article on current YA novels came out in the Wall Street Journal. And I’m sure there will be a slew of blogs in cyberspace today and throughout the week about this article. Fortunately, it gave me a great subject for today, and something I feel passionate about. 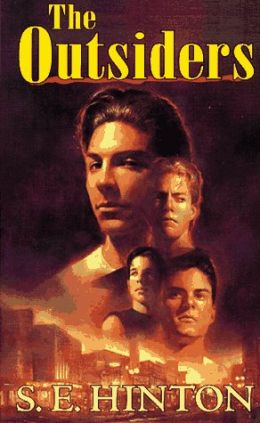 The piece was essentially a criticism of the dark YA novels being published today, from THE HUNGER GAMES to THE OUTSIDERS, the latter which the author claims launched the current publishing preference of darker YA fiction.

I’m 41. Growing up I didn’t have this amazing selection of YA books. At the age of 13, I graduated from Judy Blume and Lois Duncan and Paula Danzinger and Nancy Drew right into Stephen King and John Saul. I read THE STAND during Christmas break when I was in 8th grade. It wasn’t a “YA” book, but it was certainly no “lighter” than most of what’s published today. I had no choice. There simply wasn’t the selection available. Most of the books that would be published in YA today were dubbed “literary fiction” in the 70s and 80s—hardly something I would have read if not forced to in school.

I am thrilled that my kids have choices in books today. I’m thrilled when they read. I love when they talk to me about their books.

I’m not one who believes the offensive article in the Wall Street Journal shouldn’t have been published. I don’t agree with it, but the author has every right to voice her opinion. When I was editor of an alternative college newspaper, our motto (attributed to Voltaire) was, “I may not agree with what you say, but I’ll defend to the death your right to say it.” That didn’t stop people from picking up stacks of our monthly paper and tossing it into trash bins. I’m more frustrated that there was no counterpoint, that the WSJ didn’t solicit an alternative argument for such a blatantly pro-censorship piece.

I found it hugely ironic that an article broadly condemning contemporary YA novels to the extent of saying, “The book business exists to sell books; parents exist to rear children, and oughtn’t be daunted by cries of censorship” recommended as “acceptable” Ray Bradbury’s brilliant FAHRENHEIT 451, which tells the story of a dystopian society which forbids reading and critical thought.

I censored my children’s reading material when they were younger because I felt some was inappropriate for their age or maturity level. When they reached 12 or 13, I stopped. If they asked my opinion, I would share it, but at 13 I felt they were mature enough to make their own reading decisions. I just wanted to know what they were reading just like I need to know who’s house they’re going to, if the parents are going to be there, when they’re going to be home, and what movie they’re planning to see at the mall.

My daughter Kelly reviews YA books for RT Book Reviews. Nearly every book she reads she discusses with me and shares her thoughts about not only the writing, but the story and message. She can be a harsh critic and a vocal advocate. Several of the books condemned by the WSJ article Kelly read, including SHINE by Lauren Myracle and RAGE by Jackie Morse Kessler (who’s also a writing friend of mine.) 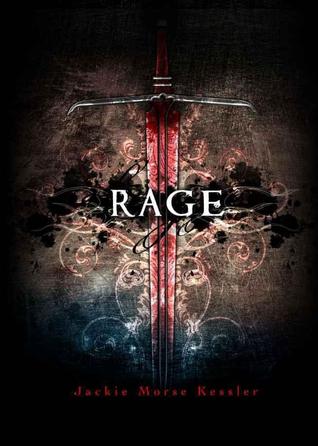 Kelly was particularly incensed by the article’s comments on these books, both of which she enjoyed.  On RAGE, the article said:

“The argument in favor of such novels is that they validate the teen experience, giving voice to tortured adolescents who would otherwise be voiceless. If a teen has been abused, the logic follows, reading about another teen in the same straits will be comforting. If a girl cuts her flesh with a razor to relieve surging feelings of self-loathing, she will find succor in reading about another girl who cuts, mops up the blood with towels and eventually learns to manage her emotional turbulence without a knife.

Yet it is also possible—indeed, likely—that books focusing on pathologies help normalize them and, in the case of self-harm, may even spread their plausibility and likelihood to young people who might otherwise never have imagined such extreme measures. Self-destructive adolescent behaviors are observably infectious and have periods of vogue. That is not to discount the real suffering that some young people endure; it is an argument for taking care.”

Kelly read first HUNGER (about anorexia) then RAGE (about cutting.) She is neither anorexic or a cutter, and reading the books didn’t make her stop eating or start slicing up her arms and stomach. But the books made her think, and we talked about these very real disorders and what might cause them and what signs to look for.

Kelly was SO angry about the article that I suggested she blog for me today. She said she couldn’t, she was too mad, but she’s writing something for Murder She Writes that’ll go up on Thursday. I think it’s important to hear the YA perspective, so I’m going to nag her. (After all, what are moms for? We live to nag and embarrass our children.) It’s one thing for the YA authors to be angry; what about the readers they’re catering to?

Kelly read SPEAK by Laurie Halse Anderson the summer before 7th grade. It’s a book about rape in junior high. (She’s also read many of Laurie’s other novels, including WINTERGIRLS which she loved.) This was the same summer we watched all three seasons of VERONICA MARS with my oldest daughter, Katie, who then was about to start 9th grade. That show opened up important discussions that we still refer to now, three years later. About partying and drinking and date rape and cheating and being safe on-line and more. I am much more confident that my girls are prepared to face the challenges of high school and college because, though raised in a stable home with all that they need in a relatively sheltered middle class environment, they will be smart and cautious and sympathetic and empowered. I was so proud reading my oldest daughter’s yearbook that there was a consistent theme to the comments—that her peers admired her because she stands up for what she believes in. Not just because it’s an admirable trait, but because I know how hard some of her stands were, and that she didn’t always have universal support. 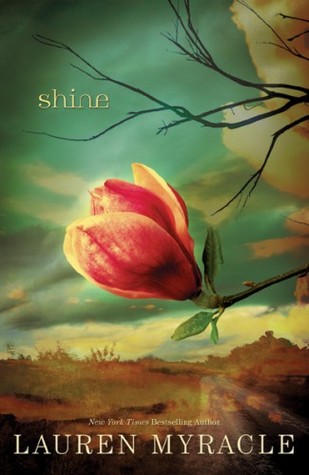 Not all kids are ready to read a book like SPEAK at the age of 12. No one should force them to read it. But SPEAK, and RAGE, and SHINE, and all the others, need to be available for those who are ready, who are mature enough or need the book.

And it’s not just teen “issue books” that are being targeting. It’s the entire genre of darker YA fiction that was essentially dissed. The individual books were highlighted because they are easy to categorize as being about cutting or rape, but make no mistake, the author of this article was targeting the entire YA genre that at this point in time is leaning dark and darker.

Ideas matter. Books matter. I’m not threatened by different ideas or philosophies or views. I may not agree with them—and I may not want my kids reading some books or watching some movies—but I would never tell you that your kids shouldn’t.

I write commercial fiction, specifically romantic thrillers. There is nothing in the WSJ article I haven’t heard before related to sex and violence in adult fiction. I have sex in my books; I have violence. I have foul language. I don’t write for everyone. One of the hardest lessons to learn as a writer is also a hard lesson to learn as a human being: you can’t please everyone, and you shouldn’t try.

Growing up, there were several books that impacted me and have stayed with me for life.

One book I can’t remember the title (I always thought it was Judy Blume, but now I can’t find it) but I read it in fifth grade. It was about a girl whose mother never married—just like mine. I can remember reading it because there was a father-daughter dance at my school—and in the book. My grandpa took me to mine, and if I’m not confusing fiction with reality, the heroine in the book had a grandfather who took her to her dance as well. Trust me, there weren’t a lot of kids in the 1970s whose parents had never married (or at least, hadn’t known or admitted it.)

I read Flowers for Algernon and Harrison Bergeron when I was in seventh grade, and those two stories have stayed with me ever since.

And sometimes, I don’t remember how powerful something was for me … until my kids read it and it brings back memories. Like One Flew Over the Cuckoo’s Nest which I read in 8th grade and then recently re-read when my daughter read it for school. Or Huckleberry Finn. Or In Cold Blood by Truman Capote. Like I said, there wasn’t a lot out there for YA readers.

Censorship is bad news all around. If I teach my kids anything, it’s that they have the right to speak, to have an opinion, to even have a differing opinion (though as the mom, I have veto power, and they just have to live with that.) I want them to challenge and question. Some of my strongest held beliefs today are the ones I challenged the most. Because they withstood my rigorous tests, they are my foundation. If I’ve tested my faith and it survived, no one else can shake it. If I’ve tested my philosophies and opinions and they survived, no one else can shake it. I have to have faith in my kids that they, too, can challenge themselves and be better people, better human beings, as a result.

On Twitter, the YA authors are asking people to share which YA book has most impacted them and why (in 140 characters or less!) with the hashtag #YAsaves. What would you say? And if you’re on Twitter, say it here and there!