… is advice given to every wannabe writer at one time or another. 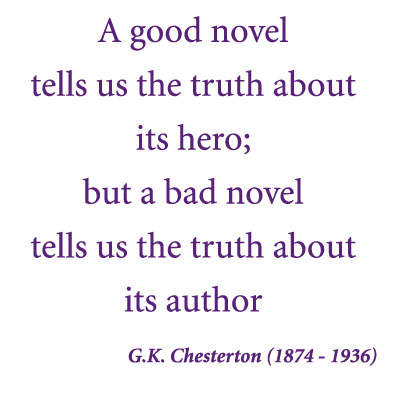 Let’s face it, everybody else’s knowledge is a hell of a lot more interesting from the outside than from the inside. Sometimes knowing too much about a subject will actively hold you back from letting your imagination take hold and run with it.

David Corbett, for example, worked as a private investigator for many years. While this experience undoubtedly informs and colours his writing, he does not write a series about a PI.

JT Ellison’s bio says: “She was a presidential appointee and worked in The White House and the Department of Commerce before moving into the private sector. As a financial analyst and marketing director, she worked for several defense and aerospace contractors.”

Of course, others use their life experiences more directly. PD Martin has a degree in psychology, and studied criminal law and criminology (among other things!). She has written five crime thrillers featuring Aussie FBI profiler, Sophie Anderson.

And Pari Noskin Taichert has worked in PR for many years, as does Sasha Solomon, the heroine of her series.

Alexandra Sokoloff was a dancer, choreographer and singer. But she writes crime suspense novels quite frequently featuring a paranormal theme.

Louise Ure also had a career in advertising and marketing before turning to crime writing. But her standalone novels feature a jury consultant, a blind mechanic, and a roadside assistance operator. How diverse can one be?

Gar Anthony Haywood is also a graphic designer, but writes about retired crime fighting duo Joe and Dottie Loudermilk, PI Aaron Gunner, and standalone thrillers under his own name and as Ray Shannon.

Stephen Jay Schwartz was Director of Development for Wolfgang Petersen developing screenplays for production. A fascinating world of intrigue and glamour, you might think. But he chose to write about LAPD Robbery-Homicide detective Hayden Glass. Although it would seem from Stephen’s blog on research that a lot of what he knows has indeed gone into his character.

For myself, I’ve done a variety of things—including some I’m not allowed to talk about—but for the majority of my life I have been a freelance photojournalist, which has had its share of excitement over the years. And yet the heroine of my crime thriller series, Charlie Fox, is a failed Special Forces trainee turned bodyguard, not an investigative reporter.

Maybe the reason for that is because I know from the inside that my old day-job is not anywhere near as glamorous as people think. Just as I’m sure David would be the first to tell you that PIs do not rush around investigating murders and swapping wisecracks with beautiful mysterious women.

Well, not every day, anyway.

So what makes some writers keep such close ties between their factual and fictional lives, and others keep the two so far apart? And do they rejoice or regret that decision?

And as a reader, are you attracted to a book that happens to revolve around something you’re particularly interested in, or do you steer clear of it, suspecting that the demands of the story may stretch what you know of reality just that bit too far?

This week’s Word of the Week is supercilious, meaning haughty, scornful, arrogant, from the Latin supercilium, eyebrow. Hence a haughty look expressed by a raised eyebrow.

And finally, if anybody is near South Shields next Monday, I will be appearing with fellow crime authors Matt Hilton and Graham Pears at the Central Library Theatre as part of World Book Night — Crime Time. Hope to see you there!