I suppose, given the timing, this should be one of those year-end summary, New Year’s resolution blogs.

JT (see yesterday’s blog) is in the holiday spirit (that is, the spirit we’re supposed to be in during the holidays). By now I highly suspect that’s her natural state.

I’m very glad she said all those nice positive things yesterday. In fact, if you’re in a positive mood I highly recommend that you just read or reread her post. Really. Please. Here.

Now, I couldn’t agree more that this is an amazing community, and we all should be grateful every day. Coming from screenwriting – well, just the fact that authors don’t cannibalize each other’s work for rewrite money would be enough, and what you get on top of that is like a free lifetime pass to Mt. Olympus.

No, the community is just fine. Everything’s fine. It’s me.

I have always had trouble with the few days between Christmas and New Year’s Day. I always feel like there was something crucial I was supposed to do this year that I forgot. When I was a child this was more a metaphysical state. As an adult you discover there actually are things you have to do within a specific (tax) year that can really mess you up, which compounds the more metaphysical angst.

I have this angst every year, regardless of the world situation (which I’m not even going to get into – I’ve been in a state of suspended animation since the year 2000) or other factors like the writers’ strike (which is a constant cloud these days, even though I myself am most fortunately contracted for another two books, for which I am grateful beyond words).

This angst has nothing to do with the year I had, which was unbelievably wonderful, for all those reasons that JT wrote about yesterday. And chances are, if I were writing this post in the middle of a conference or tour, or even farther along in my current book, I’d be really up. But I am not farther along in my current book. I’m in the state that even the staggeringly prolific Mary Higgins Clark calls “trying to claw through a mountain of solid rock with my bare hands.”

Yeah, that about covers it.

And the really scary thing is, this particular part of “the process” can go on for months.

Anyone who’s read my posts for any period of time quickly picks up that I’m one of those authors who really doesn’t like writing all that much. It has its moments, sure, I’ll give you that, but I don’t skip to my computer every morning with a smile on my face and a song in my heart. Like Dorothy Parker, what I really like about writing is finishing.

Yet, I choose to do this impossible and not very fun thing. The thing I’ve found is that if you just start, you eventually find the hypnotic state in which pages get done and the story progresses and if you do that for a few months in a row, books somehow get written.

I know the resolutions I’m supposed to make. Do more yoga. Update my website. Be a better daughter/partner/sister/friend. Get on the NYT bestseller list. Save the world.

But as an author, the one resolution that I can’t get out of my mind, that sums up what I’ve learned this year and feels like the sort of guidepost for next year, is – Write Faster.

Maybe what I mean is “Write More” – as in, DON’T do so much promotion. Now that you know what’s more effective, do half of what you did and spend that time writing. Less marketing, more product.

But when I think about it, it always comes out “Write faster.”

Because what I’ve realized, this debut year, is: for readers, a year is too long between books. By now there is no way to misinterpret that feedback. Unlike with screenwriting, there’s a compact between an author and readers. While as an author (as opposed to a screenwriter) you have more freedom to write what you want, you are also writing to reader demand in a much more intimate way.

Bottom line, what I’ve learned this year is that writing more, writing faster, is part of the job. That’s what’s going to take me to the next level of this new career I’ve chosen. It’s going to keep me the readers that I’ve been privileged to get, and get me more. If that sounds acquisitive, it’s because another thing I’ve learned is that readers are amazingly acquisitive people. They’re possessive of their books and of their authors. And why not? Books are just as much material as they are immaterial – which is why even an amazing device like the Kindle is a long way from winning readers over. They want their books, in their hands. Now. And that’s a fact.

So I guess the cause of my metaphysical angst this almost-New Year’s is that even in the middle of the clawing-through-a-rock-mountain-with-my-bare-hands-state, I am aware that I have to do more, faster, if I’m going to thrive as an author.

Well, not really. Impossible, maybe, but not depressing.

Despite my metaphysical angst, I know what I need to do. I don’t know how yet, but the first step is acknowledging the facts.

Can I do it? Sure I can. All writing is impossible to begin with, so all I’m doing is adding another level of impossibility. No problem.

It’s going to be an interesting year.

Wishing everyone every good thing.

Author, attorney, award-winning columnist. Huge Nerd. Current work is WON'T BACK DOWN from @PolisBooks. Only a fool fights in a burning house. -Gen. Kang

@VinceCorvaia Definitely here for you! 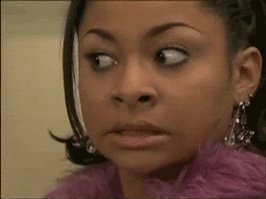 @PauljGarth I mean, why bother? We’ll all be blathering the same stuff.