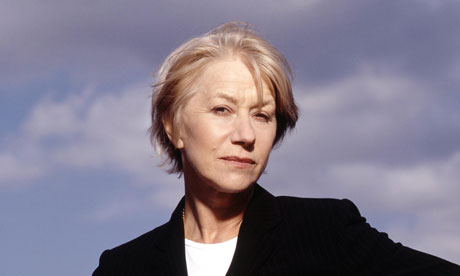 Due to conflicting family obligations, Allison and I have exchanged posting days this week. I’m appearing today, and Allison will appear this Wednesday.

In my fifteen-plus years as a private investigator, I had the opportunity to work with numerous detectives, men and women both, but in retrospect I find myself particularly impressed with the latter.

Perhaps that’s because the qualities they brought to the profession weren’t the ones usually associated with it: toughness, intimidation, bravura. Their talents lay elsewhere, and turned out to be perfectly suited to the business.

Three women specifically stick out in my memory.

The most famous, and the materfamilias for the others, is Sandra Sutherland, who was my boss, along with her husband Jack Palladino. Together they lent their names to arguably the best investigation firm west of the Mississippi at the time: Palladino & Sutherland.

Jack was a Bostonian, raised by a shipyard worker, street-smart and book-smart too (brilliant, really, an encyclopedic mind), flamboyant and ambitious, a bully to some but that’s a compliment to others, especially in that field. He’s Sicilian, I’m Irish, and we spent the first year-and-a-half testing each other’s tempers, then settled down into a solid working rapport.

But this about Sandra and she was something else—a diffident Australian, former journalist, single mom (until she married Jack), arch-lefty to the bone, anti-authoritarian and literary and gentle by nature but fiercely proud, savagely loyal—crossing her was madness—and voraciously hungry for the story beneath the story. She was perhaps best renowned for spearheading the firm’s efforts in the Michael Jackson Case.

Some of the things that made her brilliant could not be taught, though in observing them I did lift a few pointers for the old trick bag. She relied on her intuition about witnesses with uncanny insight, knowing what to say, when to say it, and most importantly when to stop.

I once read a government transcript of a secret taping by an informant in a drug case in which Sandra, appearing at his door as background for a grand jury defense, tried to engage him in admissions about events he was concealing from his handlers. She played the dithering blond thing to perfection, priming the pump with harmless anecdotes about this suspect or that (most of them our clients), offering sly little openings for the snitch to fall into, which he did. Liars can’t help but brag. Sandra knew that, knew it in her core.

She taught me that my most essential tool was my own personality, my instincts, my ability to put people at ease. The rest was the easy stuff. Without the gift of being able to get people to open up, though, you were useless.

The second woman who astonished me was Melody Ermachild, another P&S investigator until she launched off to start her own firm with Barry Simon (yes, back then women needed a man in the frame to legitimize their “toughness”).

Melody shared Sandra’s essentially gentle spirit — a perhaps counter-intuitive quality for a detective of either sex — which is what made them both such sly interrogators: People trusted them. And she shared Sandra’s core moral sympathy for the underdog. But that sympathy felt more grounded in Melody—perhaps because of her longtime Buddhist practice—and that was the impression she gave you: This woman is fundamentally decent but also centered, strong, smart.

I worked with Melody on the second People’s Temple Trial. She’d been one of the key investigators in the first go-round, which ended in a hung jury. She’d  gone off to form her own firm by the time the second trial commenced, and so we divvied up witnesses for the reconnection necessary to make sure, in the event courtroom appearances were necessary, the Temple survivors were up for it.

This was no small matter. These people were devastated. They had been betrayed by one of the most monstrous religious con men in the history of America, seen their personal histories of abuse and their thirst for social justice turned hideously against them, watched themselves and their families manipulated and brainwashed into unspeakable privations and ultimately death, only to become pariahs to anyone who learned they’d once been associated with the temple. They needed to be coaxed gently into the light. Many refused. I met with witnesses in ghetto coffee shops, condemned buildings, prison—and the Berkeley fourplex where, unknown to me at the time, my wife-to-be also lived in an upstairs apartment.

None of my successes would have been imaginable, frankly, without Melody. She’d paved the way, meeting with many of them in the first round of interviews, building a bridge of trust with these brutalized people that I relied upon each and every time. She was meticulous, thorough, determined, resourceful—but her greatest asset was her simple humanity. She inspired me not just professionally. I think I became a better person, a better man, because of working on that case, working with her.

Melody is also the author of two wonderful books: Altars in the Streets: A Courageous Memoir of Community and Spiritual Awakening, and Meena: Heroine of Afghanistan.

The last of the three women I want to discuss was also an operative at P&S, but she never went on to glory in the field, never formed her own firm. She in fact left the business shortly after I came on board, moved to New Hampshire (if I recall correctly) and opened a boutique. Her name was Bonnie Ferro, and she was a tiny redhead with paprika freckles and an infectious laugh. I remember her precisely because she wasn’t an investigator by nature—no dogged insistence on the truth, no fierce sense of justice, no uncompromising allegiance to the underdog. She was just brave.

I can’t even recall the name of the case now, but it involved the murder of a Cow Hollow woman whose remains were so water-logged by the time they were found, wrapped in a sleeping bag in the bay, that the brightness of her recently manicured nails stood out as the one recognizably human feature on her corpse.

We were hired by the defense team for her husband, a mousy accountant, who was charged with her murder. The investigation led us to a seedy hotel on Market Street, where there resided a trio of young men with suspiciously precise knowledge of the murder. Bonnie went in undercover to befriend them, get them to open up to her, living in this fleabag SRO for three weeks until she thought she’d go mad. But she didn’t go mad. She got the goods.

And yet that success did not induce a hunger for more. She recognized that, unlike Sandra and Melody, she had no core longing for the work. But she didn’t pack it in until after she’d done the job asked of her, as disturbing and dangerous as it was.

These three were by no means the only women investigators at P&S who also worked hard and well and inspiringly: Stephanie Voss, Jacqui Tully, Dee Modglin, I remember them as well. And though Nancy Pemberton, another San Francisco PI, never worked for P&S, I know Nancy well, know her work—her professionalism, her integrity, her determination and profound sense of morality—and if I were in trouble I’d want her on my team.

As for fictional private investigators? Sadly, there I prefer a man: His name is Jackson Brodie, and he’s the most imaginatively, convincingly and profoundly fleshed-out investigator I’ve ever come across in the pages of a novel. Some consolation: his creator is, indeed, a woman: Kate Atkinson, a literary novelist who turned her hand to writing a detective and struck gold. I’m sure some wag would say her books “transcend the genre,” but that’s a phrase only used by pedants and lit-crit fetishists who wouldn’t know “the genre” and if it came up and bit off their . . .

So, chime in on your favorite women detectives, flesh-and-blood or fictional. I don’t mean women cops, like Jane Tennison pictured above, but private investigators.

Do the fictional women PIs you love possess the same traits I found in my real-life avatars — specifically, gentleness of spirit, simple humanity, integrity — or are they obliged to bring more traditionally masculine traits to the game?

Jukebox Hero of the Week: The late great Solomon Burke, joining Italian rock legend Zucchero in a rocking stomping bit of bilingual Gospel-soul called Diavolo in Me (I Got the Devil in Me) — and I do.

Please abide about the first 40 seconds or so — the track is live, with introductions, etc. — then get ready to boogie with your bibles and jump up for Jesus — CRANK IT UP!: