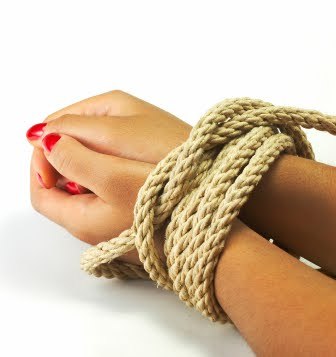 Maybe it’s just because I’ve been on a Stieg Larsson kick the last couple of weeks. I haven’t ordered the third in the series yet, but both The Girl With the Dragon Tattoo and The Girl Who Played With Fire are steeped in the world of violence against women. Whether it’s the kidnapping, torturing and killing of women explored in the first book or the horrors of the sex trade in the second book, Larsson focused on the perils women face today and created a kick-ass heroine in Lisbeth Salander (who one blogger called “a deviant Lara Croft”) to confront the problem.

And when I turned on the local news this morning, all four lead stories were about crimes against women. The continuing hunt for the killer of a 24-year old Asian woman. The carjacking and rape of a woman driving late at night in a Mercedes SUV. An elderly woman assaulted on a nature trail as she was walking a dog. No progress in the case of a dismembered young girl’s body found in a suitcase.

While I’m glad that the media and our best selling novelists decry crimes against women, the stats just don’t support the emphasis.

But in books, TV shows and news stories, the number of female victims are much higher. I fear that in all three cases (news, film entertainment and literature), women-in-danger stories equal ratings and sales.

In an article in the U.K.’s The Guardian last fall, author and critic Jessica Mann discussed an increasing trend in crime fiction to write plots with male antagonists and female victims that come close to “sadistic misogyny.”

“Each psychopath is more sadistic than the last and his victims’ sufferings are described in detail that becomes ever more explicit, as young women are imprisoned, bound, gagged, suffocated, stabbed, boiled or buried alive,” she said.

I’m equally culpable in my own work. The victims in my novels are primarily women and the protagonists (all women) definitely fall into the Female-in-Jeopardy mold by the end of the book. I can only blame that on the fact that I write about what I know and what I am most afraid of.

Val McDermid, when asked about women writing more violent plot lines, said: “When women write about violence against women, it will almost inevitably be more terrifying because women grow up knowing that to be female is to be at risk of attack. We write about violence from the inside. Men, on the other hand, write about it from the outside.” I’m not sure I agree with her inside/outside definition, but I do know that women can write equally dark and violent books as men do.

If the success of these Women in Peril novels are any indication, we don’t want to read about cats or kids in jeopardy but there better be lots of man-on-woman danger involved. It’s as old as The Perils of Pauline and as new as The Girl Who Kicked the Hornet’s Nest, but these days the women are likely to rescue themselves instead of waiting to be untied from those railroad tracks.

51 thoughts on “Women in Peril”