“From what I’ve seen of you, Zoë, you treat people with a respect you somehow do not expect to receive yourself.”

This was said to me a month or so ago by someone I’ve known for a long time, if not closely. I had no idea he’d observed me well enough to form such an opinion one way or another.

My first instinct was denial. Or not quite denial but certainly qualification. Respect is not something that can be expected—not in the present world.

It has to be worked for, earned.

And once you have it, you can’t simply hang it above the fireplace like a dusty stag’s head trophy and expect admiration from all comers. It has to be carefully maintained or the moths will turn it into little more than a memory.

“I’m not concerned with your liking or disliking of me … All I ask is that you respect me as a human being.”―Jackie Robinson

Respect is a living entity, always shifting, always in motion—much like the stag before someone shot and stuffed it.

One false move, and it’s gone.

I respect someone who has a no-nonsense competence without allowing their ego to enter the equation. It should be possible to be good at what you do without making yourself thoroughly unpleasant in the process.

But it seems to me that modern society will break down not because of some great catastrophe, but because of a series of tiny personal injustices. How many times recently have you experienced the following?

~Watched someone pick up a piece of litter they did not drop?

~Been let out into traffic by someone who had to inconvenience themselves to do so, rather than because they had to stop anyway?

~Been thanked by someone you’ve let out into traffic when you had to inconvenience yourself to do so, rather than because you had to stop anyway?

~Have a door held open?

~Had a car slow down to pass you walking along a wet road so you weren’t splashed?

~Been invited to go ahead by the person before you at the supermarket checkout because they’re shopping for a siege and you have only a few items?

These may seem like trivial examples—and indeed they are—but they are also the niceties of civilisation that make us human.

So, ’Rati, what petty injustices have you witnessed recently, or what random small acts of kindness?

Instead of a Word of the Week, this time round I have a selection of quotations on the subject of respect—or lack of it.

“You should respect each other and refrain from disputes; you should not, like water and oil, repel each other, but should, like milk and water, mingle together.”―Buddha

“They cannot take away our self-respect if we do not give it to them.”―Mohandas K. Gandhi

“The bond that links your true family is not one of blood, but of respect and joy in each other’s life. Rarely do members of one family grow up under the same roof.”―Richard Bach

“Be peaceful, be courteous, obey the law, respect everyone; but if someone puts his hand on you, send him to the cemetery.”―Malcom X

“If you have ten thousand regulations you destroy all respect for the law.”―Winston Churchill

“I get no respect. The way my luck is running, if I was a politician I would be honest.”―Rodney Dangerfield

“Men are so willing to respect anything that bores them.”―Marilyn Monroe

“When you are content to be simply yourself and don’t compare or compete, everybody will respect you.”―Lao Tzu

“I never make the mistake of arguing with people for whose opinions I have no respect.”―Edward Gibbon

“To the living we owe respect, but to the dead we owe only the truth.”―Voltaire

“In order to acquire a growing and lasting respect in society, it is a good thing, if you possess great talent, to give, early in your youth, a very hard kick to the right shin of the society that you love. After that, be a snob.”―Salvador Dali

“I do respect people’s faith, but I don’t respect their manipulation of that faith in order to create fear and control.”―Javier Bardem

“I don’t have a lot of respect for talent. Talent is genetic. It’s what you do with it that counts.”―Martin Ritt

“I respect my limitations, but I don’t use them as an excuse.”―Stephen R. Donaldson

“If you are killed because you are a writer, that’s the maximum expression of respect, you know.”―Mario Vargas Llosa

‘“With the greatest respect,” I said. Always a nice phrase to use when you intend to speak without any.’―Charlie Fox 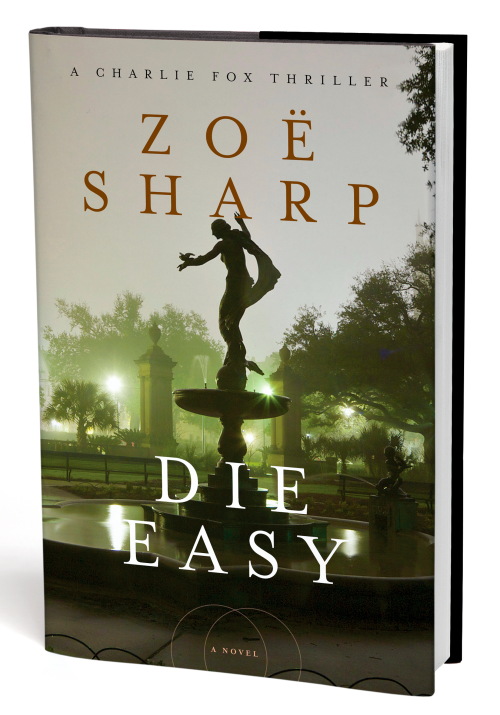 And on a slight note of BSP, <cough> this week saw the US publication of DIE EASY: Charlie Fox book ten.

“Zoë Sharp is one of the sharpest, coolest, and most intriguing writers I know. She delivers dramatic, action-packed novels with characters we really care about. And once again, in DIE EASY, Zoë Sharp is at the top of her game.”—New York Times best-seller, Harlan Coben

26 thoughts on “With All Undue Respect”