So I’ve been sitting here wondering why on earth I decided to chair Left Coast Crime Santa Fe. I mean, it’s a whole year out and already I’m getting daily emails and having to talk with the hotel, worry about content on the website, write the blog (yes, I try to post daily on the blog on the website now), think about the program and on and on and on.

I hope I don’t sound like I’m complaining. That’ll come later when people aren’t happy with their program assignments . . .

But the question still needs to be asked. Why did I agree to do this?

Simple.
I love New Mexico.
I want to show off my home state.

Let do a little of that right now.

Last week, my kids were on Spring Break. We took a small road trip west. About an hour or so outside of Albuquerque, near Grants, we turned south and headed for the Ice Cave and Baldera Volcano. These tourist attractions are on private land. For moderate admission fees, we hiked ½ mile up a muddy, snowy trail that led to a collapsed volcano. From where we stood we could see well more than a dozen other volcanoes.

Then we walked 400 yards in the other direction, down several uneven stairs, and gazed at the mouth of an ice cave. 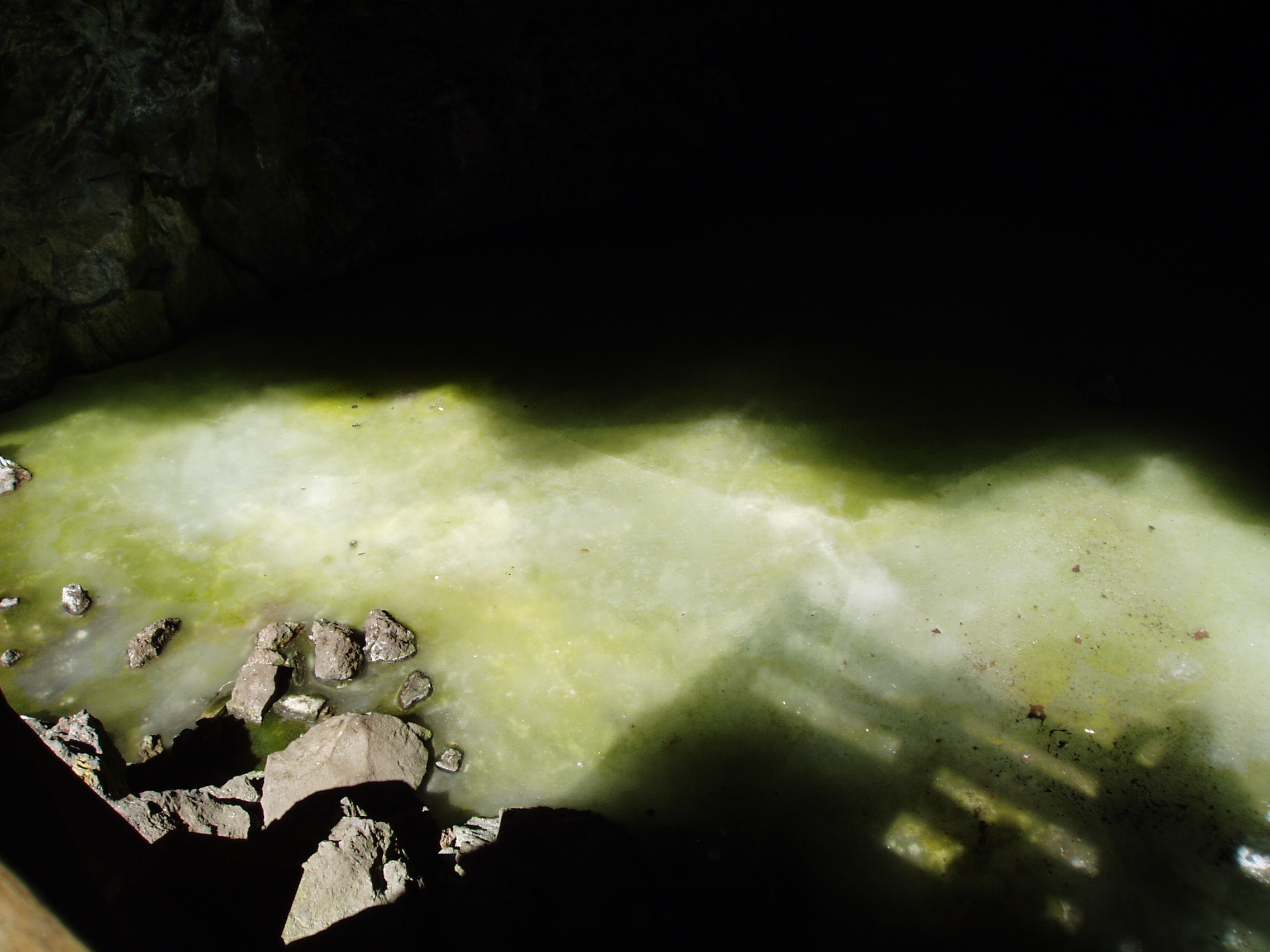 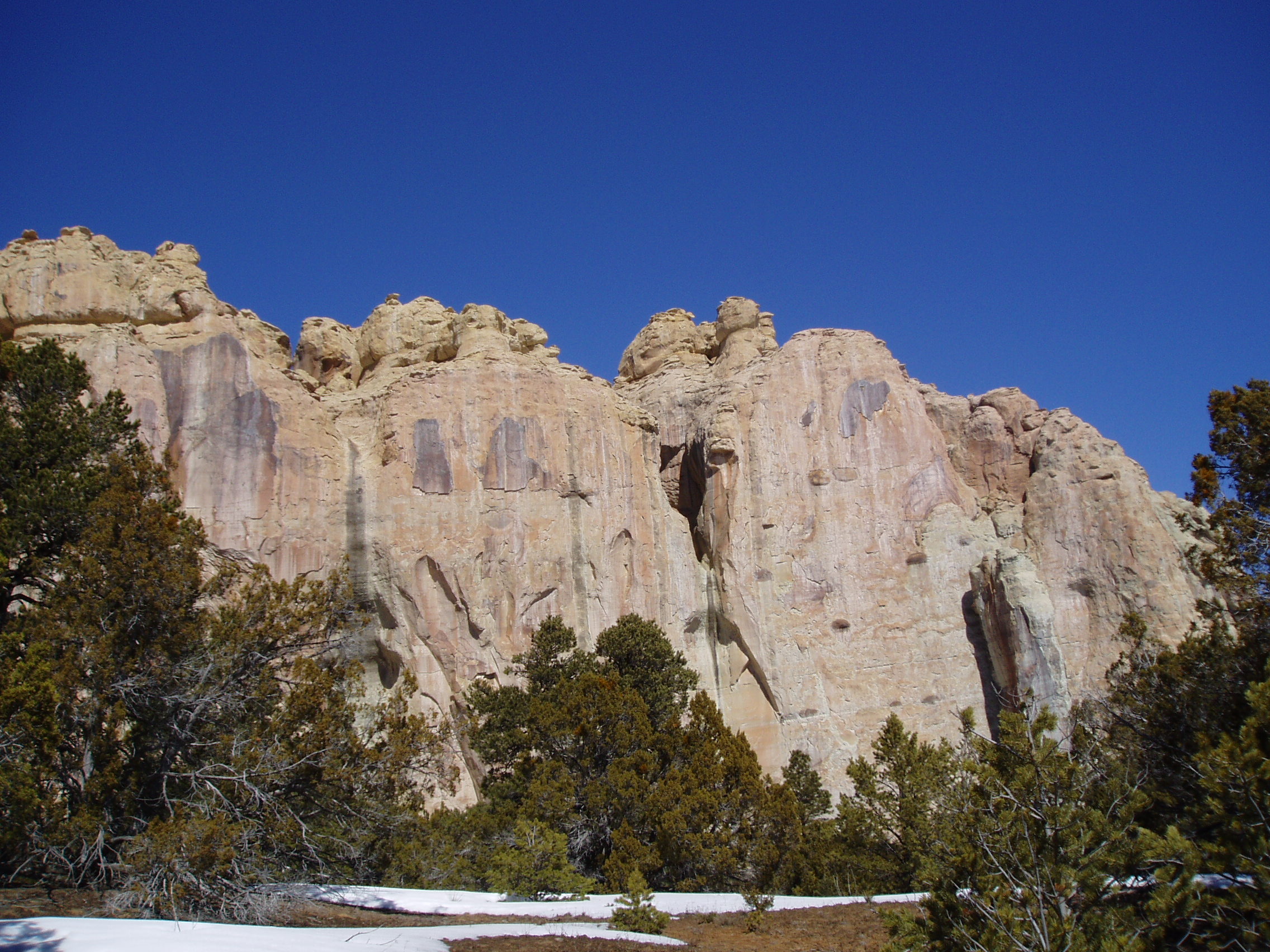 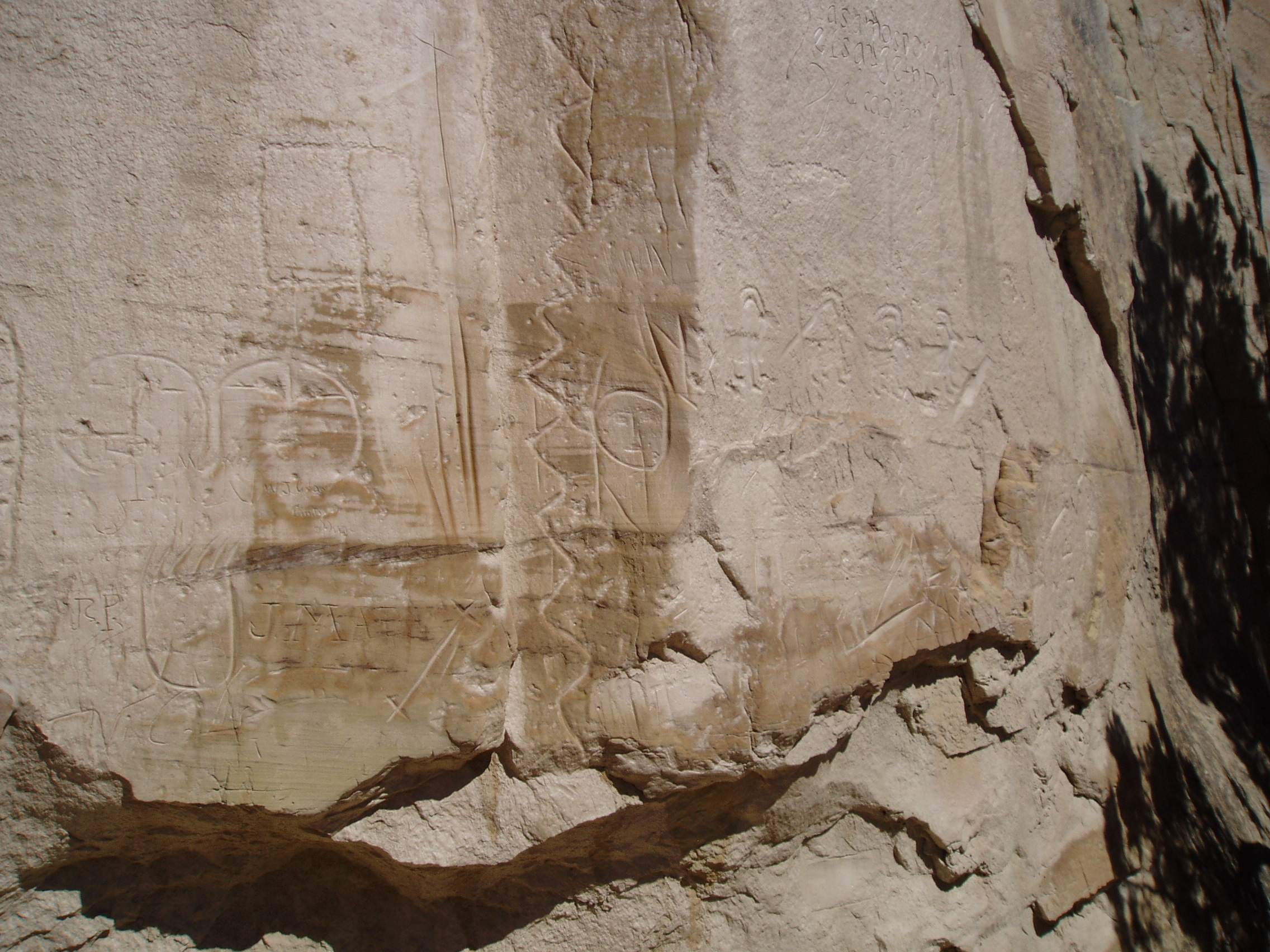 Less than an hour later, we visited El Morro National Monument. This rock formation can be seen for miles and harbors a pool that sustained many a traveler across the high western plains of NM. Those travelers left their marks – petroglyphs, inscriptions from people like Juan de Oñate in 1605, children who later died in transit . . . There’s also a pueblo ruin on top of the monument, but we couldn’t visit because of the snow and ice on the trail. 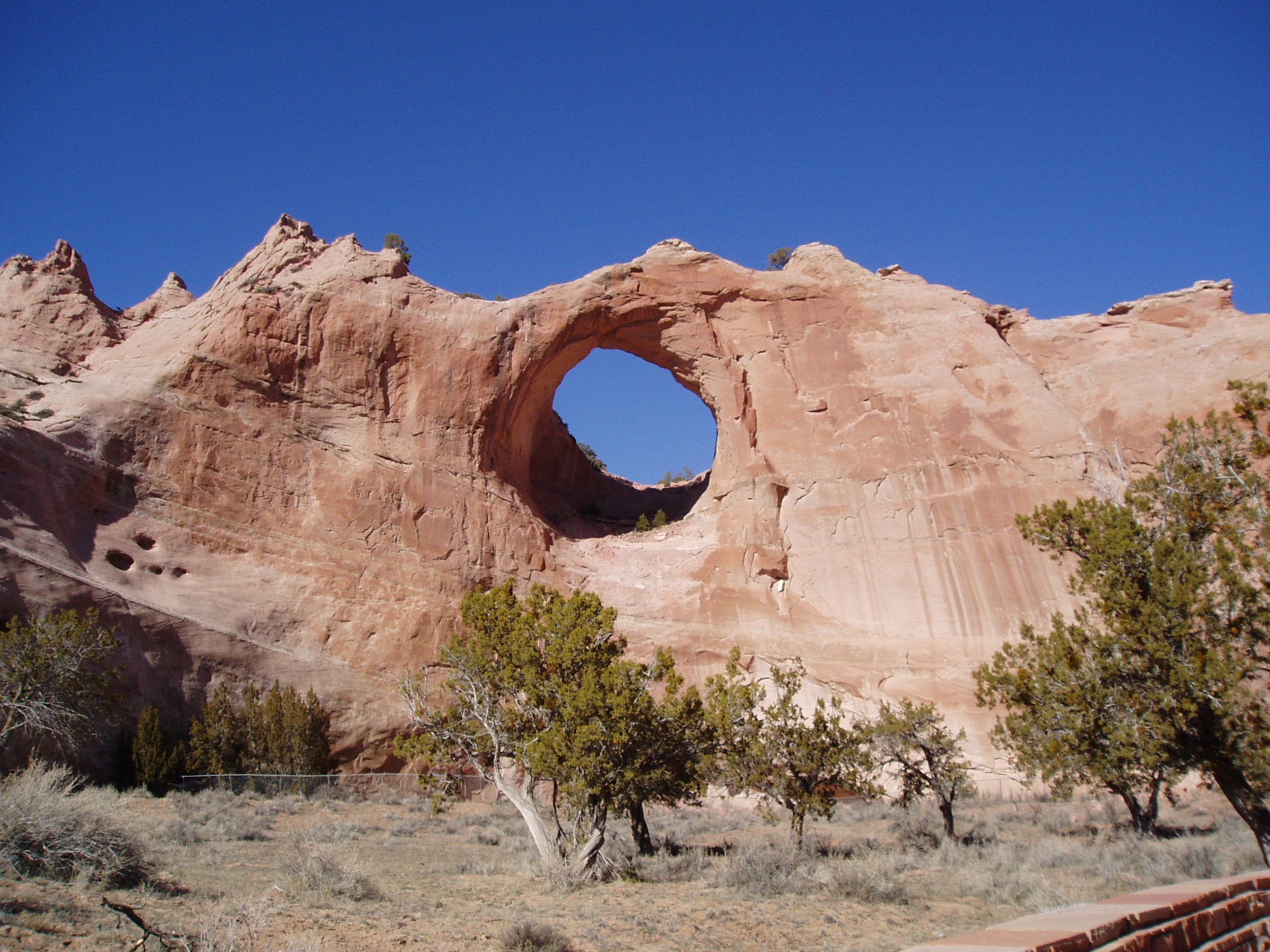 Then it was on to Window Rock, AZ – a short drive, maybe 50 minutes, to see the rock from which the seat of the Navajo Nation derives its English name. I’ve always been curious about this place but doubted it’d be very interesting. A hole in a rock. Big whoopie. We went because it was close, that’s all.

Boy was I surprised. A stunning formation and a meaningful park commemorating Navajo veterans.

After a happy night in Gallup and several visits to the hotel’s nice swimming pool, we headed home by way of Acoma Pueblo (known as the Sky City). Rather than go to the casino, we went to the cultural center and bought tickets to go to the old pueblo on the mesa. This is the longest continuously inhabited pueblo in the country.

Photos can be taken – and I took quite a few – but hesitate to post them because of all the restrictions the pueblo places on them. I’m posting this picture of the sky instead. I took it atop the mesa. 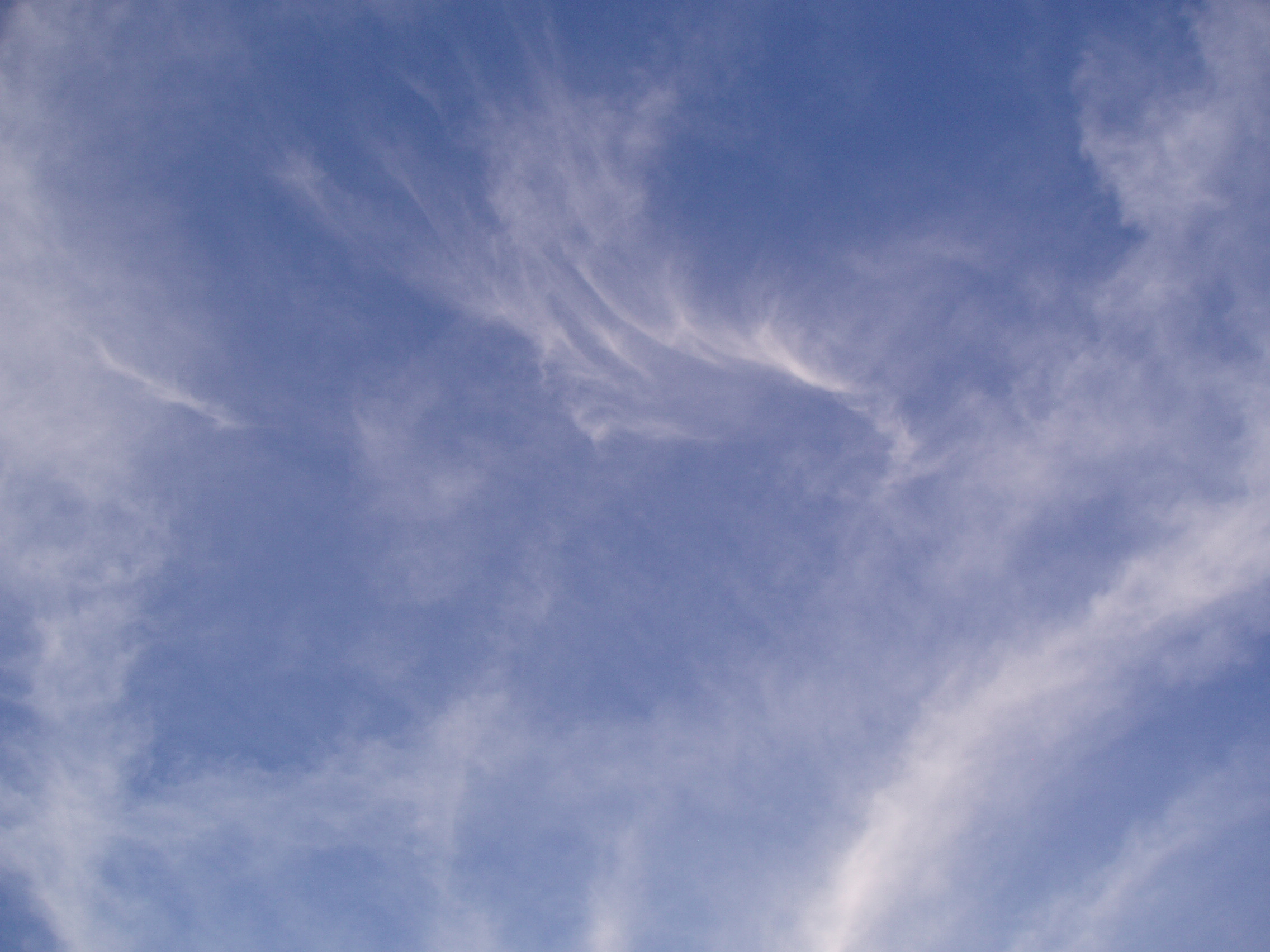 I think it demonstrates nicely another reason why I adore my home state: the sense of possibility here.
You find it in our mountains, mesas, wide open spaces.

Well, I’ve gone on long enough. I hope my pix do some justice to the state I love so much.

Tell me, what place speaks to your heart?

52 thoughts on “Why I love New Mexico”