This week for the first time I came across mention of a guy called Theodore Levitt. And having done so I’m ashamed that I had not heard of him before. He was a German-born American economist and editor of the Harvard Business Review. Among his other achievements Mr Levitt wrote an article called Marketing Myopia in which he raises some fascinating points about business—particularly big business—and why it fails.

Mr Levitt points out that “the history of every dead and dying ‘growth’ industry shows a self-deceiving cycle of bountiful expansion and undetected decay.” At some point every industry can be said to be booming but then it dies away. Usually this is because markets change and the industry fails to adapt, or because they become so fixated on mass-producing and selling their existing product that they no longer concentrate on the wants or needs of those buying that product.

Henry Ford is credited with inventing the first mass-production line for his cars. In fact, his real genius was looking at what his customers—or potential customers—wanted and realising that if he could sell a car for $500 he could sell millions of them. The production line grew out of that need to cut costs in order to sell at such a low price, but the marketing strategy came first.

Mr Levitt examines the railroad industry in the States, which he suggests fell into decline because it saw itself firmly as being in the railroad business instead of in the transportation business. It thought about what it was producing, not what its customers wanted, which was simply to get themselves and their goods from A to B as quickly and cheaply as possible.

Likewise, the petroleum industry is really in the energy business, whether that incorporates gas, nuclear, solar or geothermal energy. To cling to the past will ensure that new giants emerge and eventually kick the old giants to the kerb.

The long and the short of it is if you think of yourself as producing a product rather than satisfying a customer you are eventually doomed to failure.

But the most remarkable thing about all this is that Theodore Levitt wrote Marketing Myopia in 1960. It seems very little has been learned since then.

Three years ago a website called Digital Marketing summarized Mr Levitt’s original piece with the additional comparison of Hollywood and the TV industry. Those Hollywood studios who saw themselves as producing movies and nothing else have floundered. Those who moved into other areas of the entertainment industry seem to have, on the whole, thrived. (And I realise there will always be exceptions to this rule.)

That brings me to authors and books. To me I am not a producer of books I am a teller of stories. How people absorb those stories is almost immaterial—it could be via hardcover, paperback, car stereo, MP3 player, iPod, Kindle, tablet, PC, smartphone or cortical implant—and I can see that happening in my lifetime, I can tell you. At the end of the day it’s the story that matters, not the delivery system. 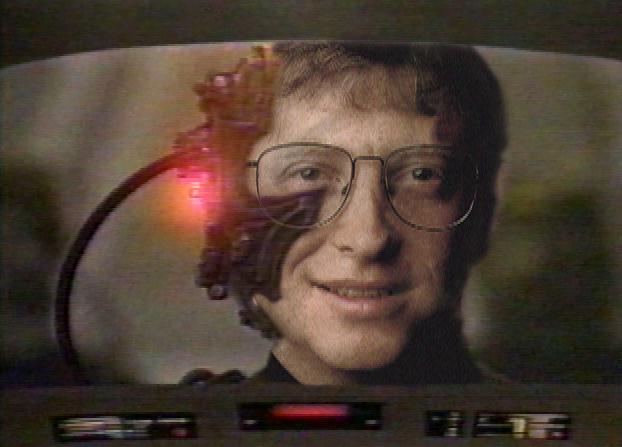 So, are publishers providers of stories to people who want to read them, or are they producers of books? And are the markets led by what the publishers want to sell to that reading public, or what the reading public wants to buy?

In bookstores in the States I am always amazed by the number of categories and genres into which books are divided up. In the UK it tends to be Crime & Thriller and True Crime. In the USA there are far more to go at, from Cosy to Hardboiled to Noir to PI, Police Procedural to Amateur Sleuth, Woman-in-Jeopardy, Serial Killer, Bodyguard, Vigilante, Investigative Reporter, Slasher/Shocker … the list is endless.

And now of course we have far more crossover with vampire detectives, werewolf private eyes, ghosts, zombies, witches, wizards and otherworldly beings who delve into the life (or undeath) of crime. Your main protagonist is just as likely to be keeping the peace on a distant space station as at a California Hellmouth, or use magic rather than deductive reasoning.

This all leaves me with some interesting questions. Who is leading the market now? With such a wealth and breadth of cross-genres and sub-genres out there, are readers finding more of exactly what they want (even if previously it fell between the cracks of established categories) or less?

Do you feel mainstream crime books are tending to crowd into a mould of what has been previously successful, or are we seeing more imaginative themes being explored? Has the indie/self-publishing revolution given you more choice? Or is it simply harder to find what you’re looking for because of sheer volume?

What do YOU, as a reader, want to read?

This week’s Word of the Week is hippopotomonstrosesquipedalian, meaning pertaining to extremely long words.

17 thoughts on “Who are you talking to?”

🚨#giveaway alert! 100 copies of MASTER OF SHADOWS up for grabs! #kindle https://www.goodreads.com/giveaway/show/356646-master-of-shadows