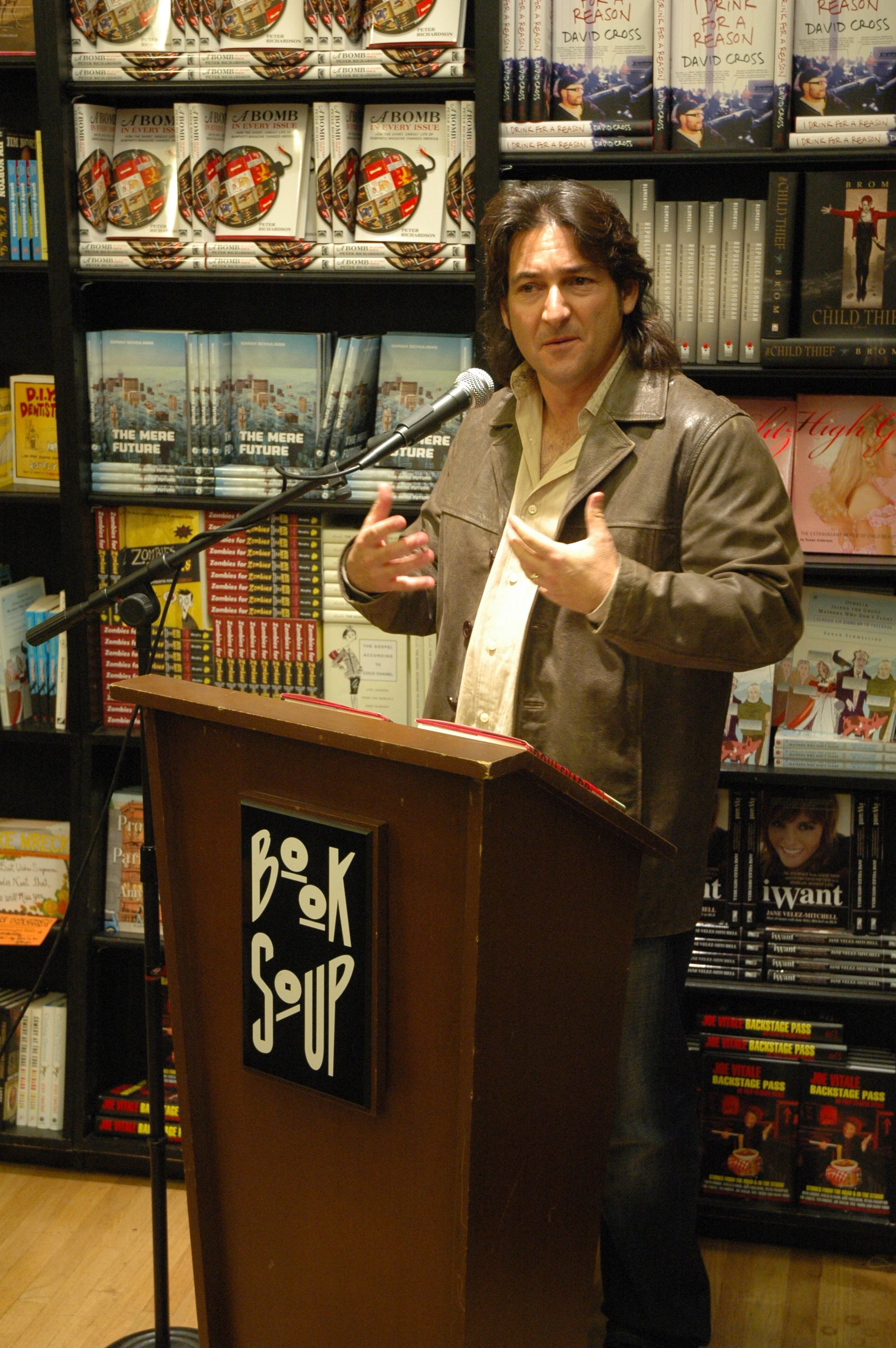 BOULEVARD launched from Book Soup in West Los Angeles on September 16.  It’s been a whirlwind ride.  We had about fifty people in attendance, which included college friends I hadn’t seen in twenty years.  Brett Battles was there, too, as was the man (a good friend now) who employed both of us when we worked for Sir Speedy more than two decades ago. 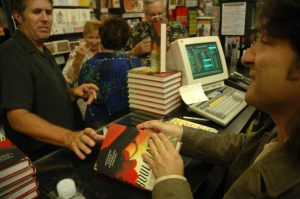 It was great having my family at the event.  My mom flew in from Mexico to be with us, and my wife and two boys were at my side.

I found it both intimidating and strangely comforting to sit behind a desk signing fifty copies of my book.  It was a feeling of quiet serenity, of friendly, honest smiles and handshakes and words of gratitude written and personalized on my title page.  My boys leaning against me as I signed, playing Nintendos.  Me catching glimpses of my wife in the crowd staring at me with that otherworldly, proud smile on her face.  It was a night of bliss.

Many in attendance had heard about my tattoo, so I rolled up my sleeve to show them the bloody, scabbing thing. 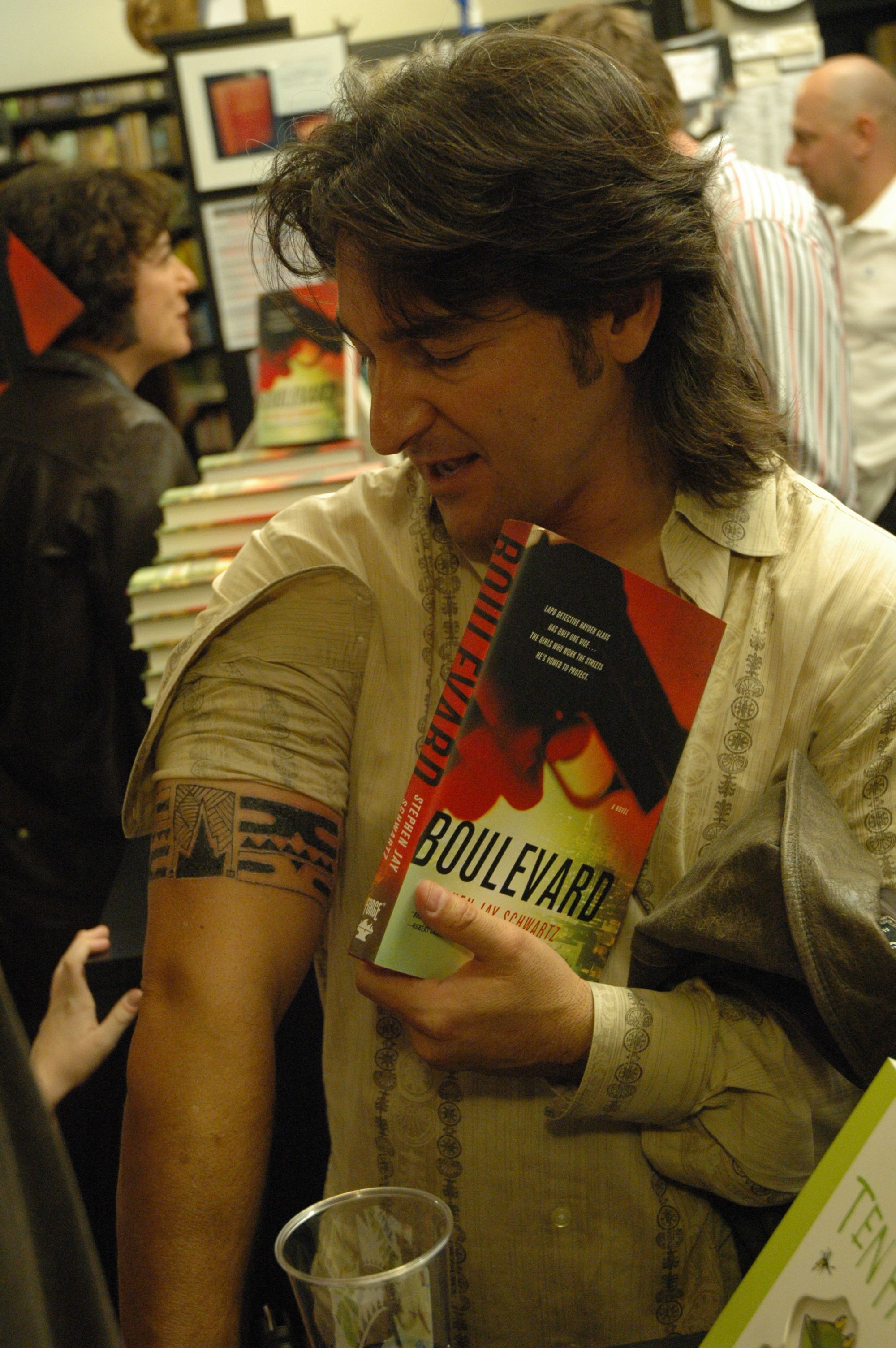 I explained that the tattoo is a Polynesian version of the Tor-Forge logos on one side, and an old-fashioned Underwood typewriter on the other side.  It was a rite of passage for me—a defining moment that marked my transition from unpublished to published.  Something to remind me that I am as I define myself. 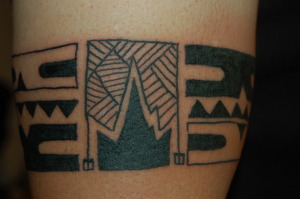 The very next day was a punch in the face as I was forced to endure the eight hours of my day job.  As we know from Rob’s last blog (congratulations, Rob!), it’s impossible to be truly realized as an artist when forty hours a week or more is spent being someone you’re not.  I got through that Thursday and Friday by thinking of the launch and answering e:mails from friends who had attended, and by making nightly trips to the many Borders and Barnes & Nobles in the greater Los Angeles area, doing drop-in signings.

The first drop-in signing I did was the day before the event at Book Soup—the day the book was actually released.  We went to our local Borders, which had about ten copies BOULEVARD.  It was fun to see my boys running through the aisles, searching for, then finding my book stacked face-out in the shelves.  Of course, we took pictures.  We looked like the giddy, debut author family. 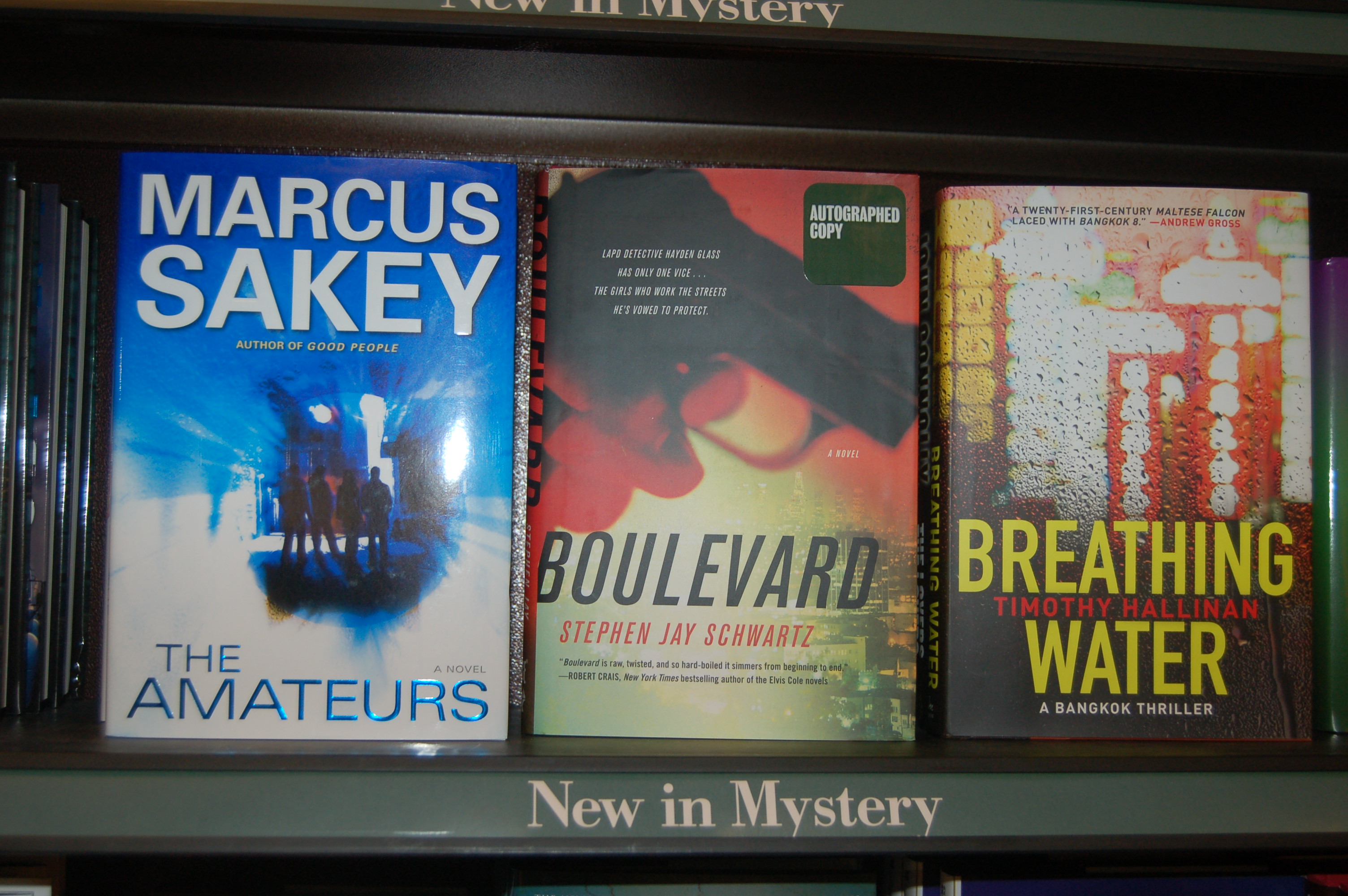 This week began the book tour, which took us to San Francisco where I did a reading and signing at the Beat Museum in North Beach.

It’s a very special place for me because it honors the memories of the Beat Generation writers.  Jack Kerouac has been an influence on my life and my writing for over twenty years.  If you’ve never heard Kerouac read his work you’re missing out.  He was an amazing spirit and the fact that he lived in the “conservative” 1950’s makes his writings and life-journey that much more remarkable.  So, to be reading passages from BOULEVARD that were inspired by Kerouac, at the Beat Museum, in North Beach, across from the fabled City Lights Bookstore, was another defining moment in my life.

Before the event I took my family to the San Francisco Police Department’s Central Station, where I’ve been doing all my research for the book’s sequel.  I’m now friends with all the cops and they happily gave my wife and kids a tour of the armory and holding cells.  My boys were just a little freaked out to be standing in a room filled with almost a hundred automatic and semi-automatic weapons.

I also did something I’ve been wanting to do for a year—I presented a copy of BOULEVARD to the officers and placed it in their “library” where dozens of dog-eared police thrillers sat.  San Francisco is a city of readers, and the SFPD officers do their share to keep the thriller writers of America employed.

Our own lovely Louise Ure and her husband Bruce joined us at the Beat Museum, and it was a joy to finally meet her in person.  The next day my family and I had brunch with her in her city and we sealed a relationship that will last a lifetime. 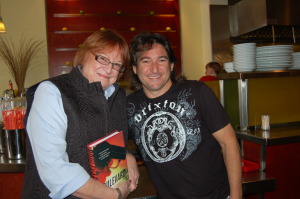 We finished off the week at M is for Mystery Bookstore in San Mateo, California, where I discovered that the owner, Ed Kaufman, had already pre-sold almost thirty copies of my book.  What an amazing bookstore!  I saw books on the shelves written by ALL of the Murderati authors, as well as many other Murderati guest bloggers.  Ed is an avid reader and he’s extremely supportive of all the writers in our genre.

Listen, I’m a happy camper.  I’m having the time of my life.  I’ve got another month and a half of touring and panels, ending the whole thing with a trip to Indianapolis for Bouchercon, where I hope to see many of the people I’ve met on-line through Murderati.

I’ll check back in two weeks with further updates.  Being the Newcomer has been great fun, and I love the fact that Murderati has offered this forum for me to share the experiences of my debut year!  (I’ll be on the road when this posts, but I’ll try to check in with comments at stops along the way.  And sorry I’ve been absent for the past week…it’s been a whirlwind) 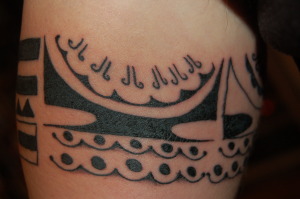