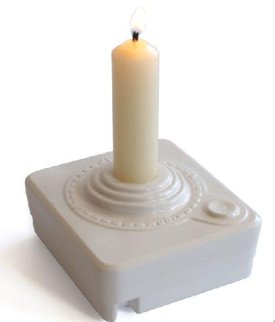 I’ve been thinking a lot about games lately.

First, they fascinate me, even though I consider most of them pretty disappointing. The potential is mind-blowing, if potentially Orwellian.

Second, I’m realizing I’ve got a lot to learn from the world of games, as writers play a bigger part in game design.

In particular, game designers are learning they neglect story at their peril, just as many writers are learning it’s almost career suicide to ignore the vast appeal of games.

The success of both the Harry Potter and Hunger Games franchises point to J.K. Rowling’s and Suzanne Collins’s ingenious blending of mythic storytelling with video game techniques: specifically, the creation of an elaborate story world much like what you find in games, and a kind of score-keeping element. (Obviously, these aren’t the only two films that use game techniques as essential story elements. Remember Sucker Punch?)

Now, it’s no big secret that I have misgivings about the “mythic” slant on storytelling. I stand much more in the realm of Hemingway and the realist tradition, and I find a lot of so-called “mythic” storytelling with its insistence on “ancient archetypes” to be hokey, unconvincing, and cartoonish. It seems we’re now creating stories based on stories, and that’s never — never — a good sign.

That said: I’m not so dense I can’t tell which way the cultural wind is blowing. And as I said, the Harry Potter and Hunger Games series both employ conspicuously mythic elements: call it the world of sorcery in Harry Potter and the battles to the death of heroic saga in Hunger Games.

These series overcame the limitations of mimicry by translating these mythic stories into new, uniquely imagined places and times: a somewhat undefined present, as with Harry Potter, or the near future, as with Hunger Games. And it was by redefining the mythic contexts in modern terms that the writers did the psychological and emotional reimagining that brought these stories to life.

But it isn’t just the mythic storytelling that made these blockbusters unique. As I said, it was their use of video game elements as well. Specifically, they used the elaborate story worlds that games are known for – what used to be prosaically called setting – and they both employed elements of score-keeping.

First: an elaborate story world. Both the Harry Potter and Hunger Games series create unique and fascinating worlds. Those worlds were created lovingly and in painstaking detail. But they were also established over multiple books. Not every novel can do that. Remember, attention spans are diminishing down to an eye blink. You have to make your point powerfully and make it quick or your audience will click on the next distraction.

Get too caught up in establishing your story world and you risk bogging your story down in minutiae at the expense of dramatic movement. Thinking in terms of a multi-book series can help you plan out what elements of the story world get provided to the reader when.

Obviously, this can also be done in a single-volume novel, but the point is: if the story world is elaborate, you have to plan out how you reveal it, and not just provide it in an information dump.

But however you get it out, if there’s one thing the recent blockbusters tell us, it’s that people have not lost their hunger for fully realized and lovingly imagined fictive worlds. The more richly you can imagine the world of your story, the better. If you end up having to insert it with almost surgical precision rather than slather it on like whitewash — that’s writing.

The other game element you find in both stories is score-keeping. Games are built around this, and it’s often a core experience of gameplay: Who wins?

The score-keeping element in Hunger Games is pretty obvious: only one of the contestants survives. The question is: Will it be the protagonist?

In Harry Potter, the score-keeping resides in the fact that, as Harry becomes increasingly adept at wizardry, he rises to successively higher levels of knowledge but also conflict — the more he learns, the more profoundly he’s tested. Just as in a game.

But with Harry we don’t just see a number tallying upward. We see his gravitas increasing as his concern for the world, his embrace of his role not just as wizard but as leader, becomes more profound, responsible, mature. In this regard, novels still provide a more meaningful and emotional richer experience. But clearly the various media are cross-pollinating.

It can be incredibly useful to take your storytelling skills and adapt them to other media. Each one has certain strengths, each has limitations, and solving story problems across different media automatically enhances your ability to look at your story more objectively, so that you can analyze it more critically.

There’s one last element of storytelling in games I’d like to address, because it points to a kind of frontier in narrative, and should provide a brand new world of storytelling opportunities for writers.

As I mentioned up top, designers are learning that players more and more frequently admit that the games they prefer have a distinct story element, and that without this element the game reduces to a mere sequence of challenges and decisions — which in narrative terms, amount to a series of disjointed scenes. There’s no rising action or dramatic tension. There’s just, to use Toynbee’s phrase, “One damn thing after another.”

Writing for games requires the writer, or “narrative designer” as some call themselves, to try as best she can to match up the gameplay (or ludic narrative) with the story narrative. The what and how — with the why.

This problem is easier to state than to solve.  Even the best games suffer from what Clint Hocking has called ludonarrative dissonance — the inability of many games to match the playing experience with the narrative one.

The game he used as an example was Bioshock, which takes place in an underwater city designed as a kind of 1950s Ayn Rand objectivist utopia. Visually, the game is stunning.

One problem: on the level of the game-playing, rational self-interest was exactly what the player normally needs in order to succeed — indeed, isn’t that what all single-player games are really about, the power gained from focused self-interest?

If the designers wanted to show how this self-involvement corrupts, they’d have to somehow show that by succeeding, you lose.

Not impossible, but a challenge. They didn’t do that, however. Instead, they required the player to go against his own game playing instincts — you could only succeed by helping another character named Atlas who’s goals are opposed to the game’s hero. You can only advance by undermining yourself. That wasn’t what the game’s theme was trying to establish, and so the narrative of the game and the mechanics of the gameplay were at odds.

This is now one of the major narrative problems facing game writers, and it’s an interesting one. They’re being encouraged and invited, finally, to make the writing an integral part of the design and not just something tacked on, like one more effect.

Up to now, reactions — that is, emotions — were often seen as just another bit of flash you built into the story world. More and more games are now trying to shape the story world so that the risks involved in decision-making have an emotional consequence, either through allegiances with other characters or by defining the stakes in some other dramatically significant way — not just in terms of score-keeping.

One great example is Marvel’s CIVIL WAR by Vicarious Visions.

Evan Skolnick, the writer, noted that most games don’t have a first act, or they don’t have a representation of the world as it exists before the events of the story begin. The game begins with the inciting incident — the entrance of the first monster you’re obliged to kill, for example.

But with CIVIL WAR they decided to lay out the full stories of the two warring camps. Rather than have a player decide, “Okay, I’ll be the good guys this time, the bad guys next time,” he instead had to choose sides in a war in which each side had a perfectly logical and defensible reason for its cause. The game required the player to deal with the consequences of choosing which side he wanted to be on.

More and more, we’re going to see games with this kind of thematic and character complexity, and a need to make sure it doesn’t conflict with the gameplay experience. What that means is that there will be work for writers in the video game industry.

The bay area is a major hub of this effort, as are Seattle, Austin, Los Angeles, and Montreal. It’s a very tight-knit world, jobs are often acquired on the basis of personal connections, and so networking is crucial. But if any of this interests you, you owe it to yourself to explore the matter a little further, and see if game design isn’t a place where your storytelling skills might not just be welcome, but necessary.

Can you see yourself perhaps turning to game design as away to explore your storytelling skills?

Jukebox Heroes of the Week: I can’t Listen to Massive Attack and not envision an alternative world — a story world for a novel or game not yet created — and not just because of how visually voluptuous their live shows are. And what better way to describe the gaming experience than with the title to this song —Bulletproof Love:

12 thoughts on “Where’s the Joystick on This Novel?”