It’s misleading, really, when we see a final product, especially a book or a film that works because we think, “Of course–that’s the way it had to be.” 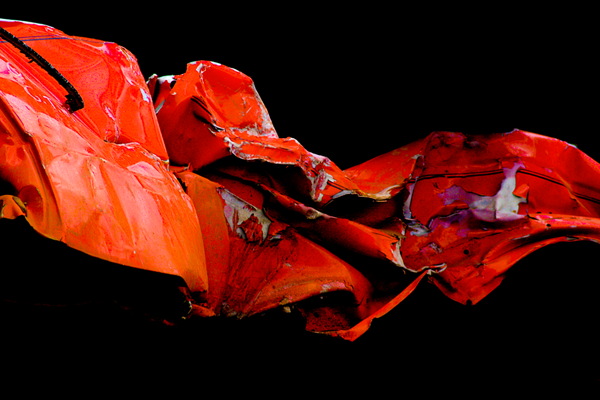 But truly, it didn’t. There were a million ways for the idea to go wrong, or to get mixed up with another idea (or a dozen other ideas) and become a delinquent, flaw-riddled ne’er do well of a thought, ruining all the hopes and plans of its parent. This happens more frequently than we writers like to admit; we want to keep the magic in front of the reader, not the seams and the dirty sleight-of-hand that cracks the illusion.

Ideas, you see, really aren’t that big of a deal. They’re constantly piled in heaps around us. 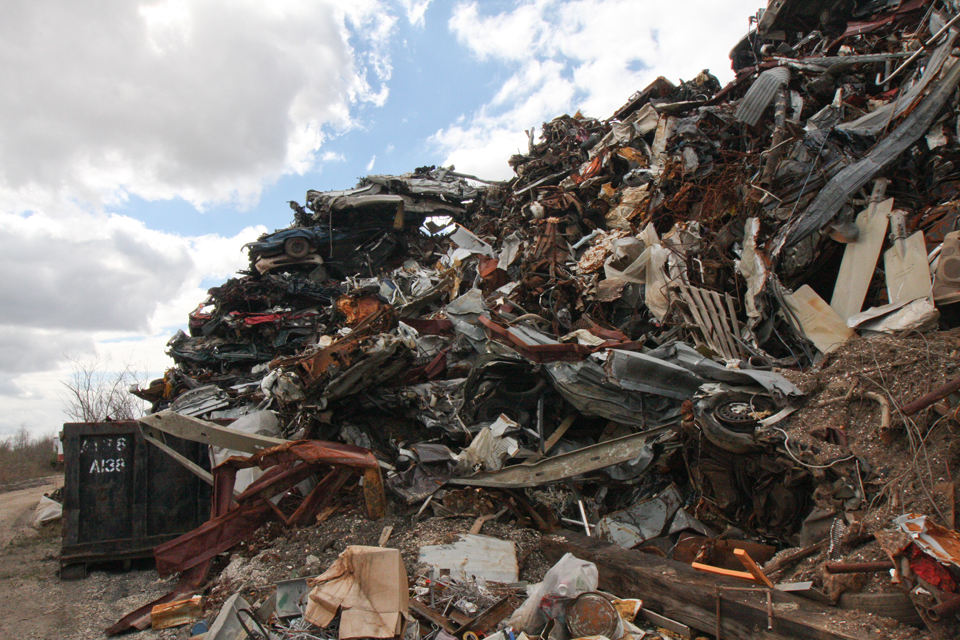 Everyone comes across story ideas all day long, every single day. That woman who once walked by with a leaf on her nose? There’s a character. Who does that? Why? What other wonky things would she do? (I saw that woman fifteen-ish years ago, and still have not forgotten her. One day, she’s going to walk into a story and belong there, and then I’ll know why she kept perching on the idea pile.) Ideas clutter our brains like so much junk, jangling around, getting bumped and smothered with other ideas, then jostled again and again until two things become neighbors and we start seeing them differently.

I’d been staring out a window at a flag whipping in the wind for several days, when I had the opportunity to go onto the scrap yard where we’re doing some concrete work. 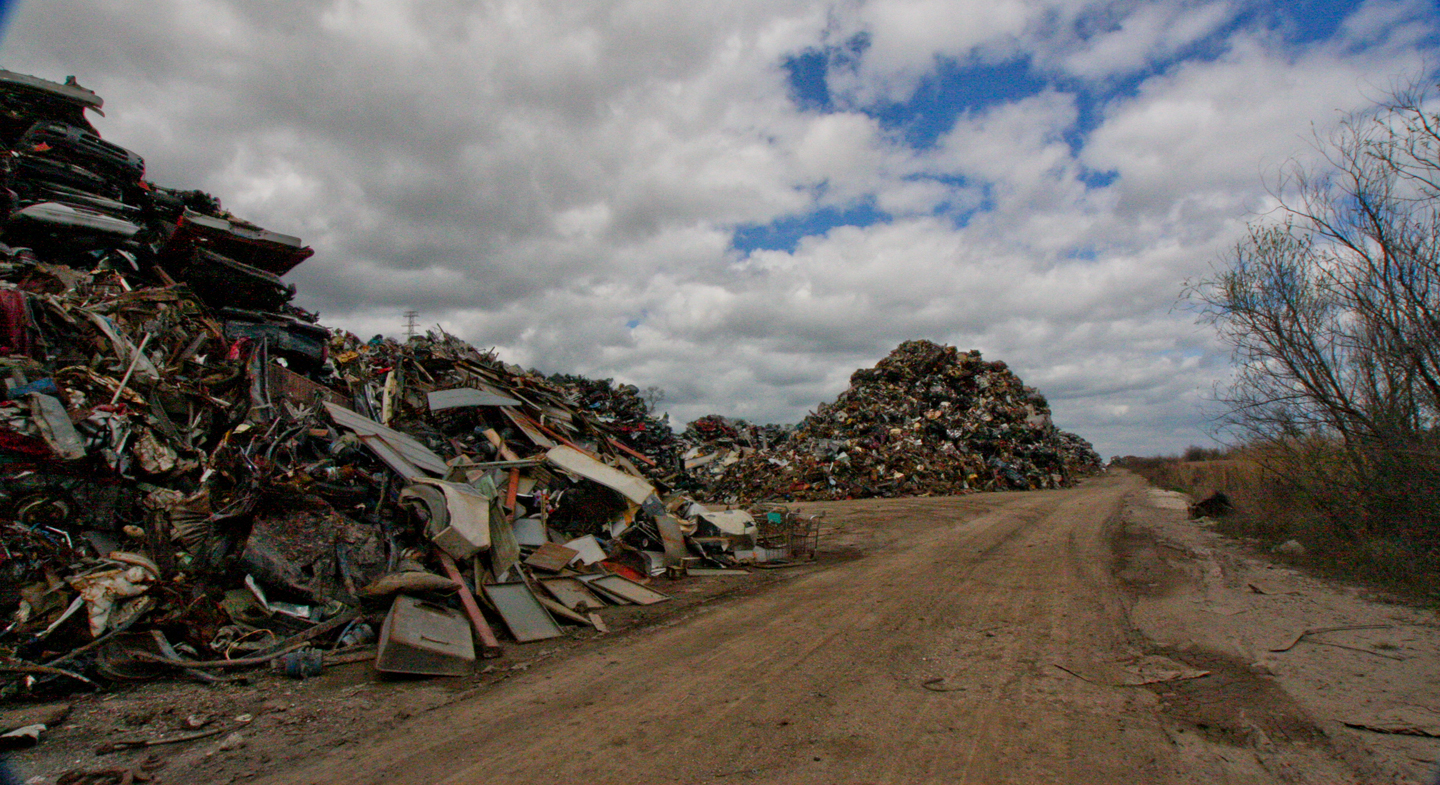 This particular scrap yard goes on for acres and acres, with all sorts of industrial items that have been scrapped and are awaiting the shear or to be loaded into a barge, bound for some foundry somewhere. This particular pile is where the crushed cars are stacked, and when I looked through the lens, I only had the sense that there was a possibility of beauty amongst items that are past their prime, dying or decaying. It’s an odd thought, but I took a few wide-angle shots, just to sort of “see” the items, to start filtering out the surroundings and try to focus.

That’s when I noticed the red in the image, and I walked around the pile until I saw the red car. 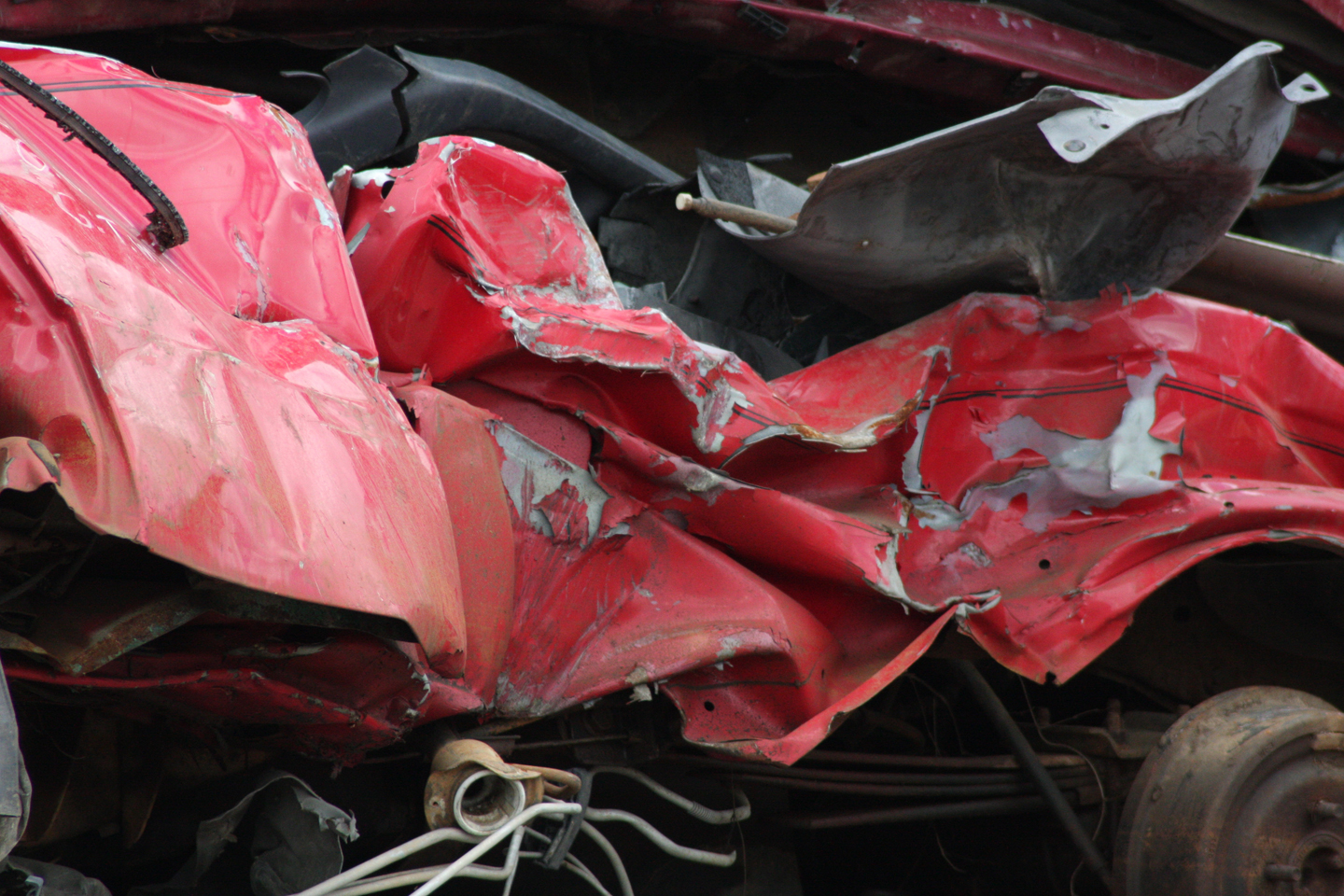 Ribbon Car (original image)I loved the way the metal seemed to bend and flow, like a ribbon (flag) in the wind, and I zeroed in on it and grabbed a shot. I was losing the light and we had to go, so it’s a crappy shot with bad exposure, but I knew I could edit it.

And see, that’s really the trick when it comes to art of any kind. It’s not just the idea–it’s the vision. What makes a piece unique and memorable is the artist’s specific vision: what they want to communicate, what story they want to tell. That story doesn’t generally happen in the first draft or without some sort of editing. That editing might occur internally–especially after the artist has some years of experience and knows what they want to look for, how they want to capture it. With practice, they may be able to execute that vision on the first try. Most creations, though, take editing–layers of thoughts, sifting–yes to this, no to that–tweaking here, highlighting there, focusing the emphasis where the artist wants your eye.

Most people will never see the thousand decisions that go into a story, if it works well. It’ll flow, make sense, be captivating, surprising-and-yet-somehow-fated. As artists, we need to also remember that it’s not terribly likely that we’re going to turn out something that is perfect on the first try. It may take layers and layers of editing before we get the story or the image into the shape we want, to tell the story that we want.

I’m in that place now with the new book. The first draft was done about a month or so ago, and I love three-fourths of it. I do not love one aspect of the ending (and I knew this all along), but I hadn’t quite seen through the debris of ideas to find the single way it had to be told. It took time away from it and then stepping around the pile, zooming in and seeing a specific section of the bigger image before I suddenly knew what I had captured, and therefore, what to enhance. Sure, I wish I had been able to turn out a pristine perfect draft out-the-gate and never have to edit, but that’s not the way I process ideas, so it’s never going to happen that way. I’ve made my peace with it, mostly because I love the editing process. (I love painting and photography for the same reason.)

Ironically, what started off as a quickie photo shoot turned into something startling to me, which then informed some of the writing I’m working on in a way I had not ever anticipated, so that was a bonus. Plus, now I am (on the side, as a hobby) working on a series of “ribbon” images like the red car above. I think it’ll help me see with a fresh perspective.

So what are your hobbies, fellow ‘Rati? What do you like to do just for the joy of doing it–because you love the process, not because you’re necessarily any good at it. What is it that you love about it? And if you don’t have a hobby, but have been thinking about one, which one, and why?

[By the way, I’m having a contest right now for a free Kindle or Nook, plus some gift certificates. See my site for the news / newsletter / rules. Today is the last day to enter. I’ll be running more of these contests this summer, so sign up for the newsletter if you want to hear about them sooner.]

26 thoughts on “Where do you get your ideas?”

Every Picture Tells a Story No. 3810: https://t.co/WsfOfPjJjh曼哈顿日出-by-Kazuha-/ #photography #photos #inspiration

The number of mysteriously missing or dead surrounding me is going to dramatically increase if @Allison_Brennan is writing my life’s story… https://t.co/3bMNyb0mhd

@Punchmasterr Ever notice that the people who say shit like "I was paddled when I was a kid I and I turned out fine" did not, in fact, turn out fine?