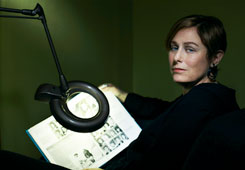 I first met the talented Libby Fischer Hellmann at Sleuthfest in Florida ― my very first US mystery convention back in 2004. She made this Brit abroad feel very welcome, and we’ve remained friends ever since. An award-winning author, Libby has penned the Ellie Foreman and the Georgia Davis PI series mystery novels, as well as a number of highly acclaimed standalones. The latest of these is A BITTER VEIL, a gripping literary thriller set against the backdrop of the Iranian revolution. Libby herself has been at the forefront of another revolution ― the brave new ebook world, and I was delighted to catch up with her and chat about what’s going on.

Zoë Sharp: Hi Libby. It was great to see you over in the UK earlier this summer at Bloody Scotland in Stirling, to have you to stay in the Lakes, and―just to top that off―to have you guesting here on Murderati. Welcome! 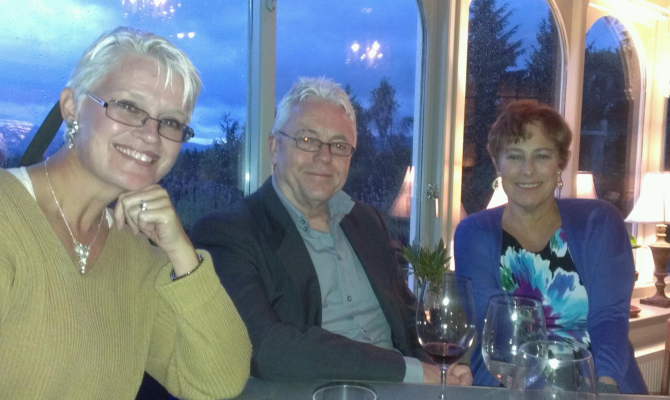 Libby Fischer Hellmann: My pleasure, Zoe… It was a wonderful trip. The only problem (as you know) is that I’ve been on a “lamb bender” for the past month or so. It was all those sheep in your neck of the woods. You cook a mean one, btw.

ZS: LOL. Perhaps we should point out that I did Libby a slow-cooked lamb dish (as detailed in THE KILLER COOKBOOK, as it happens). So, let’s get away from any sheep jokes that might have been on the horizon and get down to the nitty gritty. The publishing industry is in a state of flux at the moment and it would seem there’s never been a better ― or more scary ― time to be an author. What do you see as happening, and where do we go from here?

LFH: The problem with making any proclamations is that by the time I figure out what’s going on and am prepared to talk about it, the market shifts under our feet. I’d say there have been seismic changes every six months or so. The most recent, of course, is the fact that Amazon is (finally) limiting its support of free books. I wouldn’t be surprised if they slowly removed their free book program altogether, except for books that they “sanction”. And that, of course, will have serious repercussions for indie authors.

ZS: Do you foresee Amazon retaining the lion’s share of the ebook market, or are there any real contenders at the moment? What do the other formats need to do to keep up?

LFH: It’s always foolish to predict, but I think Amazon will retain its market share. It will be interesting to see what happens now that Kobo, and from what I hear, iBooks, will be more aggressive. Remember, though, that Amazon has perfected its ability to drill down on individual customers: what they’ve bought, what they like, and what they might be interested in (which, curiously, is not unlike the extraordinary ground game the Obama campaign was able to create with Democratic voters). This is something most retailers (and candidates) still don’t know how to do. For that reason, I don’t expect a major change in Amazon’s position. They’re smart, they’re nimble, and they know their customers better than any company, probably, in history.

ZS: We talked a little about the Espresso Book Machine (EBM) by On Demand Books, which was a new one on me. What’s it all about?

LFH: I LOVE this idea and I hope it succeeds. As a reader, you would walk into any bookstore with one of these machines, request ANY book that’s been published, push a few buttons, and five minutes later walk out with a trade paperback version of that book. Who wouldn’t want the ease and convenience of that? I hope it’s going to be a major factor in the survival of independent bookstores. But, as you already suspect, it might not be limited to bookstores. Think grocery stores, department stores, drugstores, even Wal-mart. It will all depend on how much profit the store gets to keep.

ZS:  The advent of the indie-publishing scene has enabled authors to branch out, both from their existing series and genres. But is there increasing pressure for authors to up their volume levels, perhaps at the expense of quality? 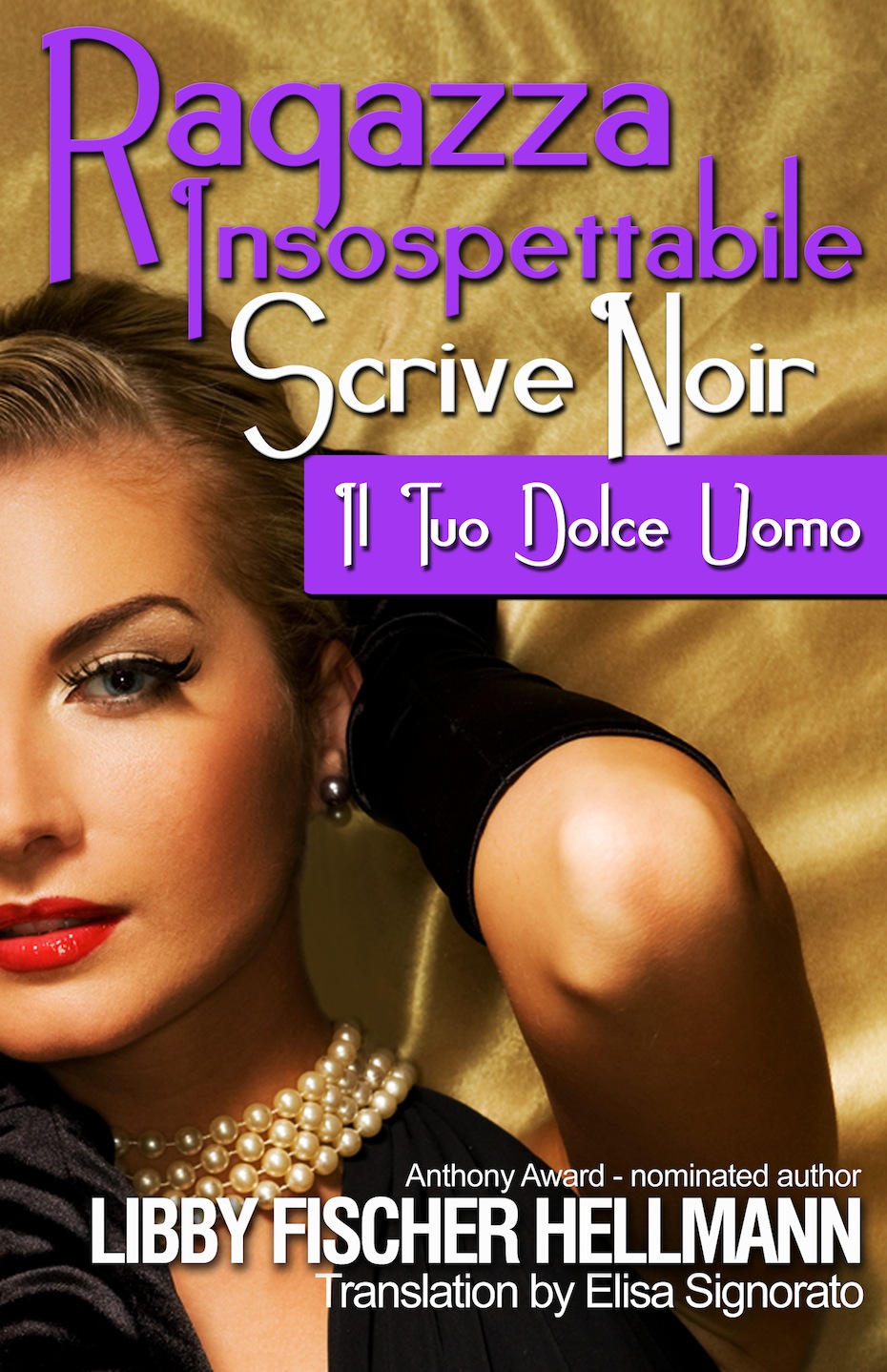 LFH: Yup. I also think there’s a limit to how many books by one author can—or should—succeed. I remember when authors were first “encouraged” to write two books a year rather than one. I kept wondering why an author or publisher would want to water down the anticipation of readers – publishing one book a year, or even one book every two years, is almost an “event” – something readers look forward to and celebrate. Why clutter the market? The danger is that an author’s work will be treated as “product” rather than a damn good novel.

ZS: You’ve written two successful series ― one with amateur sleuth, video producer Ellie Foreman, and one with former-cop turned PI, Georgia Davis. How do you balance that with the standalones you’ve written recently?

LFH: It’s all about the challenge. I keep wanting to expand my horizons (literally as well as metaphorically, thus Iran and Cuba)… so I try to stretch by writing different types of stories. It’s also refreshing to go away from my characters, although when I come back, it takes a while to get back into their heads.

ZS: You’ve always been very active in social media, and you even have your own App! How much time do you devote to the marketing side of the writing business, and where do you see this going? Have we exhausted the possibilities of Facebook and Twitter?

LFH: I spend way too much time online. Especially since the kids are out of the house. It’s sad, really. That’s why I started the “Get A Life, Libby” project back in January (and came to visit you!!)—it was an effort to wean me from social media.  I wish I could say I’ve been cured, but unfortunately, here I am… again.

I do think Facebook has “matured” since its inception, and I’m not sanguine about its usefulness going forward, given that every company and corporation now has a FB page (and a social media manager.) The best news I’ve heard (and it’s only anecdotal so I don’t know if it’s true) is that businesses who have invested, particularly in Facebook, are not pleased with their progress/results. If that is true, maybe they will declutter FB, go away, and leave it to us “regular folk.”

Twitter always was more business-oriented, so I don’t see much change happening there. The unfortunate part of Twitter is that when there are critical events, like Sandy or the election, the stream of tweets is so fast there’s absolutely no way to keep up with it. But I do think it’s a cool way to touch base with like-minded people. 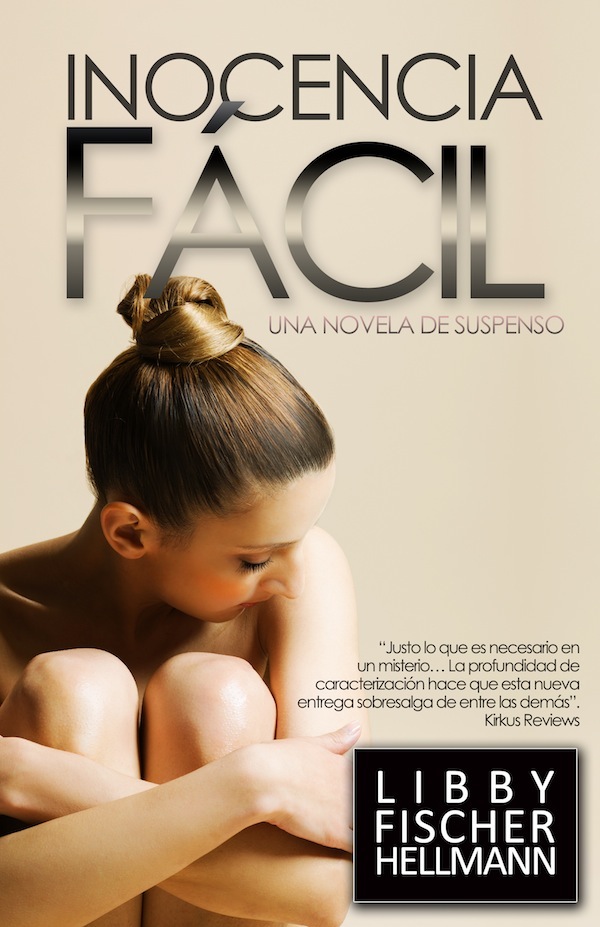 ZS: I know you’ve just released one of your Georgia Davis novels in Spanish translation as INOCENCIA FÁCIL, which you organized yourself. How did this come about?

LFH: I had already had translations of five short stories into Italian done when I went to BEA last summer. There I met author Tina Folsom, who has managed translations of her romances into Spanish, French, and German. She basically led me by the hand, and I am thrilled with the results. But it’s not cheap. Nor for the faint-hearted. No matter how meticulously the final product is edited, someone somewhere will tell you the translation has errors.

ZS: And any predictions for the future of the publishing industry?

LFH: How much are you offering? 🙂

ZS: Damn, and here was I hoping to sneak that one past you ― should have known better. So, what’s next for you?

LFH:  I’ve finished what my publisher calls the third in my “Revolution Trilogy”: a story about Cuba and the rise of a female Mafia head. It starts during the Cuban revolution, jumps to Cuba’s Special Period in the ‘90s, and then to the present in Chicago. It should be out sometime next year. The working title is GOODBYE, CHE.

Now, I’m back to a new Georgia Davis PI novel.

I’m also part of a group of 12 authors ― we call ourselves the Top Suspense Group — and our members include Lee Goldberg, Max Allan Collins, Dave Zeltserman, Joel Goldman, Ed Gorman, Bill Crider, Vicki Hendricks, Harry Shannon, Naomi Hirahara, Paul Levine, and Stephen Gallagher. We’ve banded together to promote our individual ebooks as well as several anthologies we’ve released as a group. Our latest is WRITING CRIME FICTION, which includes essays by each of us on a separate aspect of writing. We’re pretty pumped about it. 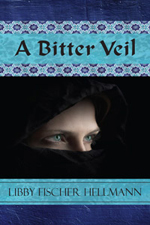 ZS: Thanks for joining us on Murderati, Libby. Looks like you have some exciting projects in the pipeline. And the new book sounds fascinating. I love the idea of a trilogy of standalones linked by a theme like revolutions. Hope it does great things for you!

And congratulations on A BITTER VEIL being nominated for Book of the Year by the Chicago Writers’ Association. The winner will be announced on December 1st. I’ll be keeping my fingers crossed.

So, ‘Rati, what questions do you have for Libby? It’s a great opportunity to interact with an author who’s embraced the new technology side of storytelling and is always at its leading edge.

7 thoughts on “Where are we going? – Q&A with Libby Fischer Hellmann”

Every Picture Tells a Story No. 3136: https://t.co/9NJOYhfCxJ
#photography #photos #inspiration