It is raining. Hard. Hailing, too. My computer is on fire with alerts. Lightning crashes in the dark sky like a demented strobe light. Thunder rocks the house, making the storm windows shake. I am rapidly decoding meteorologist speak: bow echoes, hail cores, rotation and wind sheer. And we’re all a bit nervous, because Sunday night, a city was flattened by the preceding storm.

Zeus, it appears, is in a truly pissy mood. 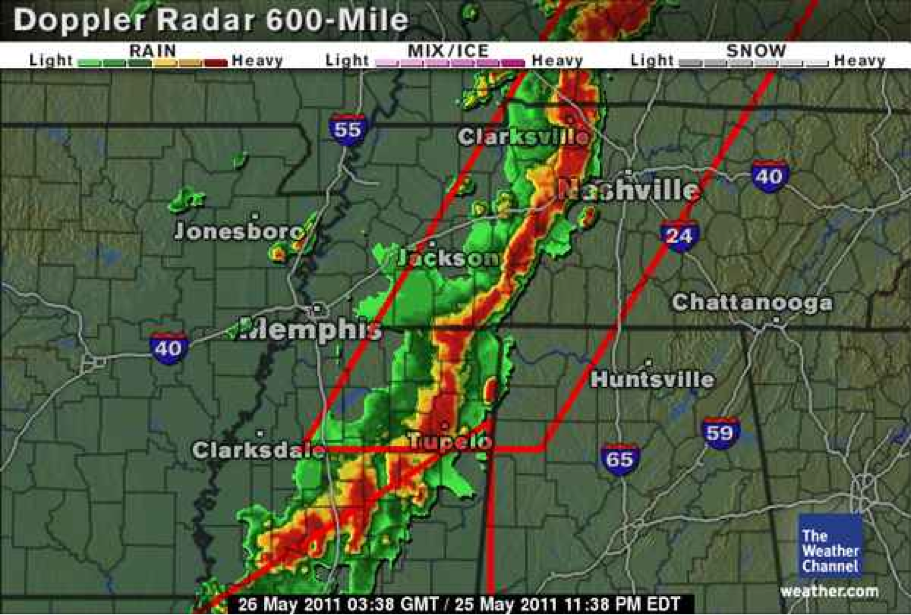 We were in Italy when the storms tore through the south, killing almost 300 people. It happened the day after we had a beautiful, gorgeous overnight mountain thunderstorm. It went on for hours. And I relished every moment, because there was no fear of anything: no straight line winds, tornado warnings, or hail threat, just the gentle rolling thunder and flashes of light that we used to have when I was growing up in Colorado. I think I slept better that night than I have in years.

The next day, we saw that the weather was going to be really bad at home. We started texting with our house sitter, telling her the best place to take shelter, and warned her that the cat has developed a fear of storms and can be found cowering under our bed. Two in the morning, we started getting alerts on our phones that there was a tornado warning at the house. We held our breath until we got the text that everything was okay.

For too many, everything was not okay.

But as quickly as Ringgold, Georgia and Tuscaloosa, Alabama became world-wide news, their plight was pushed off the international news stage by the welcome news that Osama Bin Laden had been killed.

We didn’t have the Weather Channel telling us how bad things were. We didn’t have hour of air footage, reporters on the scene, or live streaming video. We made donations, and said prayers, and went on with our vacation.

We spent half the time in the north of Italy with my family, then Randy and I struck off south alone, to Sorrento. We did a lot of fabulous things, then capped off our stay with a Sunday trip to Pompeii.

A whole city destroyed by Mother Nature, as volcanic ash rained down rocks and choking dust and annihilated the people who lived there.

There’s no good way of knowing exactly how many people died. But seeing the casts, the horror was overwhelming. Pompeii is definitely someplace to see in this lifetime, if you’re able. It’s utterly surreal. It certainly makes you realize that tragedy in the guise of Acts of God has been around for a very long time.

Another tornado outbreak, this time in the traditional tornado alley, the Midwest. I’ve been watching bits of THE GREAT TORNADO HUNT, simply to try and learn more about these beastly storms. I experience this knowledge with both distress and gratification. Trying to control something that isn’t controllable, not uncommon for me. Especially after the floods last year, where we found ourselves wholly unprepared for the situation we found ourselves in.

I turned on the television, flipped to the Weather Channel, just as Mike Betts, the day’s most lucky tornado hunter, rolled into Joplin and started broadcasting.

It didn’t take a trained eye to see that this was well beyond anything we’d seen recently.

Joplin, Missouri was flat. As far as the eye could see, it was flat.

And like Mike Betts, I found myself speechless when faced with this devastation.

The deadline for my new book is rapidy appraoching, which means my mind is so far deep into this new story that I can’t see straight. But I keep finding myself online, looking at the stories out of Joplin. It’s breaking my heart. And that’s not necessarily the best place to be writing a book from.

It’s terribly distracting: having been through a natural disaster of epic proportion myself last year, I can only too clearly imagine what the folks in the Midwest, and the south, are going through. I get lost in the news reports, and find myself crying at the stories. Add in the flooding from the Mississippi, and it’s been an unimaginable few weeks of weather. I get annoyed with people like Kim Kardashian and her 20 carat $2 million dollar engagement ring. Not because I begrudge her a beautiful ring—I think we all deserve a good sparkler, and that one is a beaut—but because all I can think about is how much that money would help the people affected by these storms get back on their feet. So many have lost everything. Everything. And it seems to happen over and over and over again.

Who knew several weeks (and centuries) of weather was going to get me in the right frame of mind for my new book?

Empathy is the writer’s best friend. It allows us to experience the emotions of strangers, and in turn write them into our story, where the reader gets to experience them, and, hopefully, relate. It’s also a dangerous emotion, one that can drive a normal, well-adjusted person to insanity.

I’m in the second act slog on this new book. I finally recognize my writing pattern. It takes me a few months to get the first third of the book together. I rewrite and rewrite, pulling together threads, laying in clues and red herrings, over and over and over again. Suddenly I cross the 30K mark and things come together. I get on a roll, and just as suddenly, WHAM – I’ve forgotten something. I didn’t address a herring from chapter three, or I’ve forgotten to mention a character who’s vital to chapter forty. All stop. Rewrite.

And then, sometime in the 30-40K range, things break loose again and I get on a 20K roll until I hit that 60K mark, when everything all stops. I’ll go back to the beginning, usually with printed pages, and figure out where I’ve gone wrong.

So I’ve been interspersing herrings with tornadoes.

Needless to say, it’s been a strange week.

But the timing, honestly, couldn’t be better.

What I’m writing is deeply laden with emotions. I’ve never done anything like this before. I avoid pain. It’s not something I like to delve into, either personally or narratively. But with this book, I’ve had to open myself up to the universe, so I can experience the pain my characters are experiencing.

It’s hard. It’s very hard. Living in another’s shoes, imagining what they’re going through, living it with them day in and day out, then watching REAL pain on the television…

And where do you draw the line? The last thing you want to do is cause your readers a severe depressive episode because the story is a downer. This book is a thriller. There has to be a redemptive note through the story, or else readers will give up because things are too hard to think about.

Everyone asked me if I would do a flood book. I always answered yes, of course, and had all kinds of plans for it. Instead, I’m writing a book that takes place a year after the flood, about how one person is dealing, or not dealing, with the unimaginable.

Honestly, and you’re probably going to think I’m crazy, it’s much easier to write about murder than it is to write about pain. You know the old writing joke: when in doubt, bring in a man with a gun? I’d rather write about a throat slashing than the loss of a child.

Loss drives us. It’s something we can’t escape. We’ve all experienced it. And we will continue to do so. Some losses are magnified by the evening news. Some, written about quietly in a prison.

I worry about the depth of emotion I’m writing about. Worry that I’ll miss something and it will come across as too shallow, or go too deep, and drag the story into the morass with it. These are the times when I have to rely on the canon for guidance.

So help me out today, ‘Rati. Who are your favorite emotive writers? Do you have a favorite book that’s full of raw emotions? And where do you draw the line at reading stories that might not be uplifting on the surface? Are they okay if they have a happy ending?

Wine of the Week: A varietal on the whole, since it’s produced in a tiny region in Italy: Barbaresco The Montestefano is divine.

P.S.   The Red Cross is always a good place to send donations, if you’re interested. And don’t forget our furry freinds, who are impacted terribly as well. The Humane Society is a great place to start.

P.P.S. My friend Susan Gregg Gilmore is working on restocking the libraries in Ringgold. Read more about it here.

21 thoughts on “When Zeus Cries”