How influenced are you by the author’s name on the cover of a book? I’m not talking about the latest bestseller, or those authors you pre-order before you even know the title. I’m talking about new-to-you names. People you’ve never heard of before.

I had the pleasure of interviewing fellow crime author Jaden Terrell for my WildCard Tuesday slot at Murderati this week. Jaden’s real name is Elizabeth―and I’m not letting any cats out of bags with that, as she talks about it on the blog. As an alternative, she chose Jaden from a list of baby names used for both boys and girls. It actually means ‘bravery, fighter and believer’, so it’s a great choice for a writer as well as being non-gender specific.

Elizabeth, as Jaden points out, is a very feminine name, and potential readers instantly pigeonholed her as a cosy writer because of it. I wonder if people did the same thing to Queen Elizabeth I of England when she rode out to make her famous speech at Tilbury before the imminent arrival of the Spanish Armada?

Still, with publishing these days seen as much from a marketing-the-author point of view as marketing the book itself, possibly alienating a large section of your possible readers before they’ve even picked up your novel might be seen as unwise.

But time and again in the eleven years since I was first published in fiction, I’ve heard opinion voiced such as these:

“What can a woman possibly write with authority about cars/guns/fight scenes?” 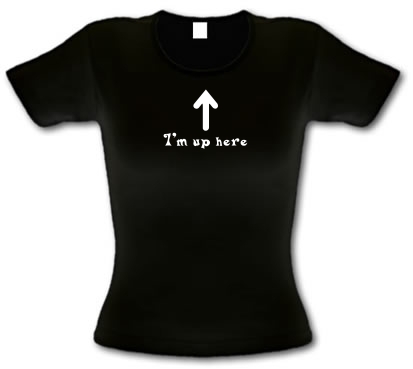 Now, I have always hated being told I can’t do something based on nothing more than the fact I have lumps in the front of my shirt. But, on the other hand, I don’t want to be given artificial prominence (if you’ll pardon the phrase) for the same reason, either.

I recall having a bit of a verbal set-to in the bar at CrimeFest last year with a particular author who was campaigning for positive discrimination for ‘us wimmin’ and seemed totally taken aback that I would not welcome or accept such help.

OK, so I’d be very upset (think the same kind of ‘very upset’ as Ethan Hunt in Mission: Impossible I, right before he blew up the aquarium) if I thought I’d been excluded from some prize shortlist, for example, solely on the grounds that one of the judges didn’t like—or somehow disapproved of—female crime thriller writers. But then again I’d be equally annoyed if I thought I’d been included purely because the judging panel felt they needed a token women to round out the numbers. If my work doesn’t stand on its own merits, why would I want such consolation praise?

When I first looked at expanding my repertoire outside the current Charlie Fox series, it was suggested that I might need to use a different pen-name. My first inclination was to plump for something non-gender specific. Not initials, necessarily, but a perhaps name like Jaden which doesn’t give any immediate clues.

After the confusion that the name ‘Zoë’ frequently causes—not to mention the irritating extraneous ‘e’ that people often graft onto the end of ‘Sharp’ like some mutant extra limb—the prospect of a more simple name was quite appealing.

And something short because—as PD Martin pointed out in her comment—it takes up less space on the cover and therefore can be writ larger if necessary. And possibly something that placed me differently on the shelves.

But now I rather think I’ve changed my mind. (Female prerogative, perhaps?)

Some of the comments on Jaden’s post vocalised why.

You see, I don’t really want to succeed in my chosen profession by pretending to be something I’m not—i.e. a man, or at the very least some androgynous entity. Yes, I can shoot, and sail, and ride a motorcycle, and strip an engine. But that doesn’t make me a bloke in a skirt, as this pic perhaps demonstrates.

If, as Jaden mentioned, I was writing a first-person male character, maybe that would be different. I loved Robert B Parker’s books, but the Sunny Randall ones were my least favourite, and I think that had a lot to do with the first-person female protag/male author combination.

But Charlie as a character spoke to me in first-person, so that’s how I wrote her. Other characters are talking to me in close-third, so that’s how I’m writing them. And if I’m going the ‘digital original’ route—a wonderful description for which I can thank ex-Murderato colleague, Rob Gregory Browne—then sticking with my existing name is a positive advantage.

Providing I describe the book clearly, so readers know if it’s part of the Charlie Fox series, a new standalone, a supernatural thriller or the first of a trilogy, does it matter?

What do you think, ‘Ratis? Should authors make their gender plain? Does it matter? Do you find yourself leaning towards reading more male writers, or more female writers? And should authors write under different names if they’re crossing different genres or different series, even?

This week’s Word of the week is cavillation, meaning a trifling objection, from cavil, to make petty objections or to quibble.