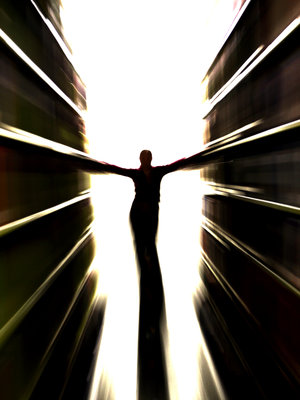 It’s the goal of any writer to engage the reader in the story to the point where they forget just about everything else. One of my biggest thrills has always been receiving emails or comments from people that go something along the lines of: “You cost me a night’s sleep—I just couldn’t put the book down!”

Trying to create characters that readers can sympathise or empathise with, be repulsed or engaged by, is what we strive for. People tell me they’ve cried over some of the things that have happened in my books. I confess I’ve shed a tear or two myself while reading something that I can really connect to on an emotional level.

But it seems there’s much more to it than that.

Research by the Ohio State University has recently identified what they call “experience-taking” from works of fiction. Basically, this is what happens to people who find themselves closely identifying with and responding to the emotional thoughts and beliefs of characters. In the right circumstances, experience-taking may lead to real changes—albeit temporary—in behaviour and attitude.

In one study carried out by the university, seventy male heterosexual college students were asked to read a Day In The Life Of story about a fictional student. There were three versions of this story—one where the character was revealed to be gay early on in the narrative, one where this reveal happened late in the story, and one where the main character was heterosexual.

The results showed that these test readers reported higher levels of experience-taking from the version in which the sexual orientation was revealed later rather than earlier. It seems that if the students knew almost from the beginning that the character was not like them, it prevented them from really identifying with that character and experience-taking. But those who learned this fact late were just as likely to experience-take as those who read the heterosexual version.

And not only that, but they also reported what is described as “significantly more favourable attitudes towards homosexuals”. Similar results were recorded if the character was of different racial background to the student readers.

Experience-taking can have other subtle side-effects, according to Ohio State. Another experiment involved a story about a student encountering various obstacles—such as car problems, weather, long queues—on his way to vote. The different versions varied by having first-person or third-person narratives, as well as having the student attend either the same university, or a completely different one.

It possibly won’t surprise you to learn that the first-person account by a student from the same university had the highest level of experience-taking.

But it may surprise you to hear that this experiment was carried out on the run-up to the 2008 presidential elections. The participants were all eligible to vote, and when questioned later it was revealed that sixty-five percent of those who read that first-person/same-university story voted, compared to only twenty-nine percent who’d read a different version.

But experience-taking doesn’t happen every time you sit down to read. It only happens when the reader is able to fully immerse and lose themselves in the story, including to a certain extent putting aside their own identity while they’re doing so.

In one example, students were unable to experience-take if constantly reminded of their own self-image by the introduction of a mirror in the cubicle where they were reading. In these instances they were more likely to “perspective-take” instead, meaning they could understand what the character was going through, but without losing sight of their own identity.

Nevertheless, the university concluded that experience-taking could be very powerful because it was an unconscious process.

This information was particularly interesting to me as I write a first-person narrative with my Charlie Fox books and people have always told me how much they identify with the character. Charlie is a survivor, who’s come through some nasty experiences and developed inner strength from them.

I’ve always written primarily to entertain. But if people can take something of this inner strength of character, this determination not to be a victim, to walk tall and equal in an unequal world, then my work here is done.

What about you, ‘Rati? Have you ever found yourself experience-taking or perspective-taking from books you’ve read? Or books you’ve written, for that matter?

This week’s Word of the Week is eidolon, meaning a phantom or apparition, a confusing reflection or reflected image. From the Greek eidos form, from idein (aorist) to see. Also with the same derivation is idol, which has the archaic meaning of a phantom or a fantasy. 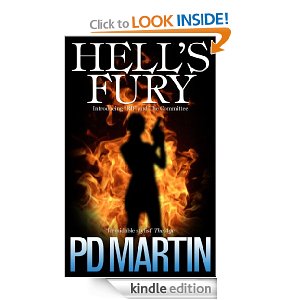 Finally, just to let you know that fellow ‘Rati PD Martin has a brand new book out today. HELL’S FURY, book one in her new spy thriller series. Buy it today for $3.99 or £2.55

21 thoughts on “What you bring and what you take away”