Yesterday, I made the time to attend my local RWA meeting where New York Times bestselling author Alyssa Day spoke about heroines. Alyssa is a talented paranormal romance writer who has a reputation for writing alpha heros AND alpha heroines. I asked her permission to talk about her workshop on this blog because I think it would benefit ALL writers, not simply romance or romantic suspense authors. 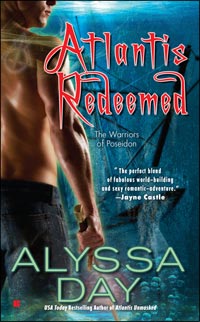 Alyssa’s workshop was hugely inspirational and beneficial to me. A lot of people might think that after 13 published books why would I want to attend a craft workshop? The same reason why I bought Donald Maass’ FIRE IN FICTION last summer–I am still learning. While I believe my strength in writing is centered around my heroines, I also believe that all writers, no matter what their level or how many books under their belt, published or unpublished, can learn something simply by listening to others. Sometimes it’s not like we learn something particularly new, but we are given a new way of looking at something we know and it broadens our perceptions and our craft.

Yesterday was just such a day for me.

I write strong heroines. My hardest characters are the heroines who are not in a naturally kick-ass professional. For example, Julia Chandler (prosecutor in SEE NO EVIL) or Robin McKenna (night club owner in KILLING FEAR.) Why? Because when your heroine has a role like cop or FBI Agent or P.I. reader expectations are that the character knows how to take care of themselves, that they are independent and strong-willed. Female cops are not wimps, for the most part, and I don’t have to convince my readers that Detective Carina Kincaid (SPEAK NO EVIL) knows how to investigate a murder. I can simply put her in the middle of the investigation and give her the label “detective” and readers get it.

I’ve judged the Thrillers for four years, and there are a lot of fantastic books I’ve read–the finalists and some that haven’t finaled. I love thrillers, suspense, mysteries, romantic suspense, anything with twists, turns, high stakes. One thing I’ve noticed is that some writers–many male writers, but even some female writers– create stereotypes for their female characters. The femme fatale. The man-hating cop. The wimpy Perilous Pauline. Some books are more about the hero’s journey–and that’s fine. But good books have strong secondary characters, too, and while stereotypes can (and often should) be used in writing, they should be relegated to the third tier characters.

The female protagonist–whether she is a true heroine (i.e. equal to the hero, like in a romantic suspense novel) or a secondary character (such as a partner or an ex-wife)–is crucial to a strong story. Alyssa’s advice to writers is terrific. For example, is your heroine strong or passive? Does she DO things or is she always having things DONE for her? Can she solve her own problems, or is she always looking for the hero to do it?

There is nothing I hate more than a woman who can’t do anything for herself. This doesn’t mean she has to do EVERYTHING for herself, but she should have common sense. If she has a flat tire, she might not know how to change it, but she damn well knows how to use a cell phone. Or flag down a truck. Or capable of walking a mile to the nearest gas station. (And yes, some women–not me–know how to change a tire.)

If you have an important female character, does she advance the plot in any way? Or is she standing around wringing her hands waiting for the big, strong guy to save her? (Gag.)

Smart choices, the first point, is crucial, but often misunderstand. It’s not always that we can make the RIGHT choice. Sometimes, we don’t have all the information we need. Sometimes, we have to do something we know is wrong because the stakes are so high. Sometimes, we’re in a lose-lose situation. ACTION is what’s important, that inaction is a sign of weakness. Inaction in fact is a character trait. But strong heroines will do what they think is right given the circumstances–they have strong motivation in doing what they do.

Some writers, Alyssa points out, take the idea of a strong heroine to mean she has to be perfect, flawless, beautiful at all times. WRONG! I love Alyssa’s comment, “I believe in Kryptonite.” Meaning, every character has a fatal flaw. Perhaps the flaw is physical or emotional or situational. Every character has their own Kryptonite. (This goes for heroes, heroines, villains, secondary characters–doesn’t matter who! But it’s doubly important for your protagonists and your villain.)

But in the end, what I loved most about Alyssa’s workshop was when she ended with when you’re stuck, just think:

What would Princess Leia do?

So now I have that phrase etched in my mind as I finish the copyedits for CARNAL SIN. My problem in writing is not usually the heroine–my heroine’s are generally strong. Sometimes TOO strong. In FEAR NO EVIL I had my first hero who wasn’t in law enforcement paired with a heroine who was a renegade FBI Agent. I had to make sure that my trained, smart, and talented heroine wasn’t stronger than my forensic psychiatrist hero. So to resolve the central problem, it was my hero’s ability to think like the villain that gave them the edge to save lives–not my heroine’s training or law enforcement background.

A female character I’ve been hugely impressed with is FBI Agent Olivia Dunham from FRINGE. Olivia is trained, strong, independent, but she also has a vulnerable side. She can love, she has a sister and niece she is close to but her job keeps getting in the way of her promises. This bothers her, but she is driven to do the job well. She is not hardened, but she can be tough. She doesn’t make too-stupid-to-live decisions–when she makes a risky decision it is always with the purpose of saving an innocent life. She is smart and capable and not too rigid.

In LIFE, the erroneously canceled NBC series starring Damian Lewis as Det. Charlie Crews, his partner Dani Reece is another example of a strong female character who has flaws but still gets up every day to do the job. She’s a recovering drug addict. She has a problem with relationships and therefore has one-night stands instead of any steady boyfriend. She’s a good cop, but is overshadowed by her well-known retired father, also a cop. She changes over the course of the two-season series to be able to have 1) a friendship with her partner and 2) a relationship that last more than one night (not with her partner) and 3) the courage to try to move up the ladder on her own merits.

And of course Princess Leia. She was a princess, after all, but she was also capable of taking charge. (So what if she got them trapped in the trash compactor? At least she DID something rather than stand around and be shot at!)

25 thoughts on “What Would Princess Leia Do?”