I’m the daughter of a professional chef.  My father’s family owned a popular seafood restaurant in San Diego called Tom Lai’s, and in that noisy, chaotic kitchen, my dad performed culinary miracles. Six days a week, he’d wake up before dawn to buy the fresh catch off the fishing boats.  He’d spend the morning fileting the fish, then he’d cook for the lunch crowd, followed by cooking for the dinner crowd, followed by the cleanup. He’d get home around midnight, fall into bed — and be up the next morning to start all over again. That was his schedule, six days a week, fifty weeks a year.

Growing up in a chef’s family, I learned that the restaurant business is not for the faint of heart.  It requires superhuman stamina and dedication and an abiding passion for food.  While I don’t have my dad’s stamina, I did inherit his obsessive passion for food, and I have an eerie memory for meals I’ve eaten over the years.  I don’t remember faces, I don’t remember names or dates, but I sure as heck remember the exquisite asparagus I ate at L’Arpege in Paris and the mahi filet at Burdine’s in Marathon and the fried lettuce (it sounds weird but it was delicious) at the long-gone Nanking Restaurant in San Diego.

A few weeks ago, while I was visiting New York City, I had dinner with friends, another married couple. We got to talking about the year we’d all had dinner together in Paris.  It was 2003, and we ate at a lovely little restaurant called Flora’s.  I looked at my friend’s husband.   “And you ordered the turbot,” I said.

He looked a little startled.  “Wow,” he said.  “You remember that?”

Yes, peculiarly enough, I do — even seven years after the fact. I’m the idiot savant of past meals.  I’ll play the same game with my husband, too.  “Remember nine years ago, when we had dinner at such-and-such restaurant, and you ordered those lovely snails?” I’ll ask him.

“You remember I ordered snails?” he’ll respond.  “I don’t even remember the restaurant!”

As someone who thinks way too much about food in real life, it’s not surprising that I think a lot about fictional food, too.  I often find myself asking: “What would Jane eat?” or “What would Maura eat?”  It’s not as trivial a question as you’d think, because what a  character eats reveals a lot about them.  It can tell you their family history, their ethnic background, whether they grew up in a city or a small town, whether they’re choosy or undiscriminating, whether they’re neurotic or obsessive or bursting with joie de vivre.  It might even tell you something about their political persuasion.

Your characters’ dining habits also reflect their skills in the kitchen, and whether or not they value those skills.  Which again tells you something about who they are as people.

Jane Rizzoli, one of the two co-stars in my thriller series, is a Boston homicide detective.  She grew up in a blue-collar family with a homemaker mother, so she’s been exposed to the role model of a woman who cooks, and cooks well.

But don’t expect to read too many scenes with Jane cooking dinner.  She certainly knows how to, because she grew up in an Italian-American kitchen.  But Jane has struggled all her life to be accepted as “one of the guys.”  She’s tried to project toughness and professionalism, and cooking symbolizes a traditionally female role that she’s been trying to escape from.  She has a love/hate relationship with the kitchen, and only when she’s with her mother do we see Jane’s inner Italian chef emerge as she cooks gnocchi and veal sauce and roast lamb and cannoli.  (Naturally, I had to test out those recipes myself first.)

Then there’s Dr. Maura Isles, Jane’s co-star in the series. Maura grew up in San Francisco, trained as a physician, and she has a great deal more disposable income.  She also has far more exotic tastes.  In BODY DOUBLE, she cooks herself a spicy Thai dinner with fresh basil.  When her lover comes to visit, she cooks him osso bucco and opens a bottle of Amarone wine.  But when she’s exhausted and depressed and too tired to cook, you’ll find her hunched over a grilled cheese sandwich, washed down with a gin and tonic.

Yes, not only does food help define who your character is, it also helps define mood.  A dinner of scrambled eggs says: “in a hurry.”  A dinner of home-made risotto says: “willing to fuss long and lovingly over the stove.”  And a dinner of Oreo cookies — well, that’s just plain pitiful.

I realize that I’m guilty of stereotyping here.  Although we hear sneers about “latte liberals” and the snooty “white wine and Brie cheese set”, taste in food can cross class and cultural and regional lines.  But as writers, we have to consider whether a character’s particular choice of foods seems a bit … unexpected.  And if it is, we need to explain it.  A neurosurgeon who loves Cheese whiz? Um, needs explanation.  A Bostonian who eats grits?  Again, needs explanation.  But a San Francisco artist who dines on sushi one night, tacos the next, and Thai food on the weekends?

50 thoughts on “What would Jane Rizzoli eat?”

Happy Thanksgiving, American peeps! This is a strange one, isolated from friends and family. It's hard to feel grateful when we can't assemble and share our joy. I miss my family this week, dreadfully. But I am so grateful that we are all safe and health… https://t.co/fuD8jZe81D 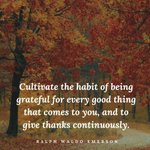 @authorMsBev Would love your perspective on this for both debuts and established.