The indefatigable Sarah Weinman did a Dark Passages column for the LA Times a couple of weeks ago about female characters with dark histories. She cited some great examples of authors who use their female protagonists to tread into the traditionally male territory of overwhelming violence: Karin Slaughter, Mo Hayder, Gillian Flynn.

There is a common denominator in all of these fabulous authors’ characters: the woman has a tortured past. They are damaged goods. Abused, debased, yet, like the phoenix from the ashes, rising above their beginnings to become strong, compassionate female leads who step in where even males fear to tread.

But here’s my question.

Why does a strong female lead have to have a tortured background? Can a female protagonist make it in the fiction world if she’s not been broken first?

I daresay the answer is no. Because it just wouldn’t be ladylike for the female lead to have an unrequited bloodlust, now would it?

I know this isn’t a female-centric phenomena – it’s a crime fiction phenomena. There are plenty of male characters who are driven by a tortured past. John Connolly’s Charlie Parker comes to mind: if Parker’s wife and daughter hadn’t been brutally murdered, would he have ever become the man he is today? Of course not. But, and here’s a big but, for the most part, the male characters who are driven by despair didn’t have the violence done to them. To those around them, yes. To their loved one, (who many would argue are an extension of ourselves, and as such, what you do to them, you do to me.) The reality is, though, there aren’t a lot of male characters in crime fiction who’ve been raped or tortured, then struck out to find vengeance by becoming a cop, or a PI, or a spy.

To me, this ultimately harkens back to the archetypal female mythos – the soul eater, the strong woman who devours men because of our magical abilities – we bleed and don’t die. Therefore, we must have some inherent evil and that evil must be contained. Generations have tried to tamp down the Lilith that resides in all of us, just waiting to be freed.

So it seems goes the strong female lead in fiction. If, and only if, she has been raped or beaten or otherwise horribly misused, has lost a sibling or a parent to violence, will she be allowed to acknowledge her bloodlust. The violence done to her unlocks the deep-seated resentment, and society understands—not condones, mind you, but understands—because of what she’s been through.

In other words, society has conditioned us to tamp down our feminine wiles, to stow away our power, to hide behind our men and only emerge once we’ve been raked over the coals through some unspeakable violence.

What in the hell is that all about???

Why can’t a woman be strong because she’s strong? I know we’re talking about fiction here, and we need to have a weakness that’s apparent in order to “relate” to the characters, but I’m always amazed at just how many female lead characters fall prey to this. Mind you, and this is an important caveat, there are instances of this that mold the character into who they become that won’t work any other way.

Karin Slaughter’s Sara Linton is a perfect example. She is so touched by the evil that’s done to her that it’s now imprinted itself on her psyche, and we know that evil begets evil. They can smell it hopping around in the veins, whispering the siren’s call filth vile exremous hate that emanates from the very cells of the blood they’ve permeated. She has no choice but to go forth and battle evil, because it follows her everywhere she goes, sensing her weakness, and her strength.

Our Zoë Sharp’s Charlie Fox is another that can be cited here as an appropriate product of an unspeakable violence. Zoë’s books work for me because there’s an unanswered question that rides through the series. On the surface, Charlie becomes a monster, a killer, because she has been forced to become one through the monstrous act that’s done to her. But did she? Or was there latent evil in her system? Would she be who she is despite the despicable actions of her teammates? There are many people who don’t turn into a killer after violence is done to them. I think there resides a small possibility that Charlie would have ended up exactly where she was regardless of her rape. Charlie is my favorite kind of character, the moral person who does immoral things. Her struggles with her new reality are some of the most nuanced in modern fiction today.

But many, many writers take this path—the tortured backstory—as a shortcut to give their women depth, and it can fall flat.

On the surface, it’s a psychological windfall. We cheer because it’s the underdog syndrome, the need to root for a character who has glimpsed the depths of hell and can come back to tell us all about it. Don’t get me wrong, some of my favorite books have female characters who’ve had some roughness in their past. I’m not saying this is wrong, or bad, or you shouldn’t do it. It’s just a phenomenon that I find fascinating, a trend that I’m not sure is a good one.

Because we’re victimizing our heroines to make them appear more heroic.

When I was first writing Taylor, something was very one-dimensional about her. Looking back, I understand now that she was too perfect. I asked an old English professor for advice and she said something vitally important: she needs to have a weakness. That was an a-ha moment for me. Oh, I thought. She needs to have a weakness. Okay. I can do that. Now what would that be????

You can see how easy it would be, at this particular point in time, to insert an unspeakable evil into her past that makes her what she is. Weakness, though, bespoke weak to me, and that was exactly the opposite effect that I wanted. My girl wasn’t going to be weak. She was going to be kick ass, and not because she was driven by a demon, it’s just who she was. So in the first book, Taylor smokes. That’s her weakness, her humanizing factor. And it works for me. She doesn’t have a big secret in her closet, a tragedy that drove her to become a cop. She chose that route because it was the right thing to do. Many might find her boring because she is a moral person doing moral things because of an overarching desire to rid the world of evil. I don’t know.

Just for the record, I am not a feminist, by any means. I’m happy in my role in life, being the wife, being the nurturer. I do hate that women aren’t paid equally for their work, and I will become highly annoyed if you suggest to me where my place is or neglect to treat me like a lady. But I’ve worked in male dominated environments before, and I learned very early on that there were two ways to get a leg up. One, sleep your way there. Two, earn the respect of your team. Guess which route I took?

And I’ll tell you, earning the respect of your team means showing absolutely no weakness. So when it came time to write my female character in a male world, there was no chance she’d be showing any either. I just don’t know how to program that way.

So. Am I completely off base here? Would you rather see the damaged soul find redemption? Or is it okay for women to finally come into their own in crime fiction? Look at the double standard that exists when it comes to sex: I know if there was a female lead who acted like the men, we’d all get into trouble. It’s not ladylike to have desires and act on them – that makes you a slut. But a male character can screw his way through the book and no one bats an eyelash.

How is this any different?

(Oh come on, you knew that was coming….) 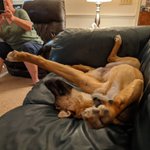 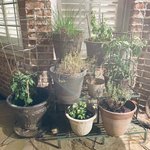 @sheemerz @foofighters @TheGarden You should definitely be a Foo Fighters fan.