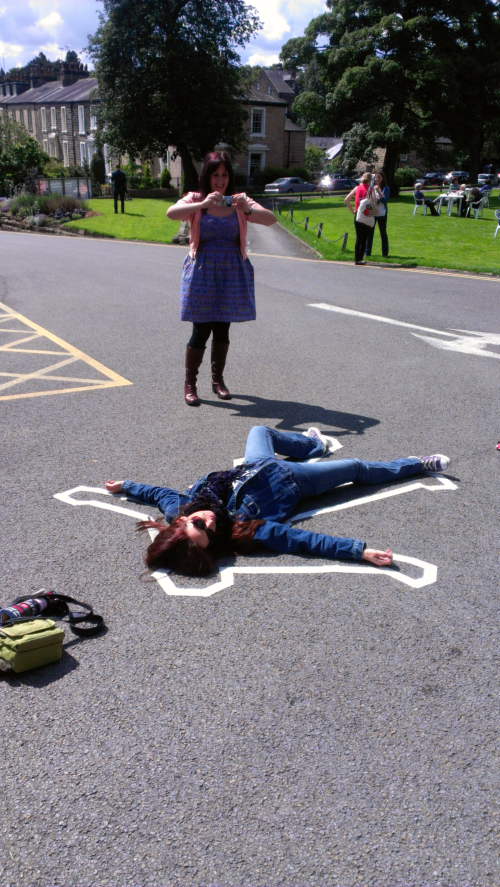 This is a two-part post, really. The first part has to be about last weekend’s Harrogate Crime Writing Festival, part of the International Festivals and one of the biggest literary events in the UK.

And a hoot. An absolute hoot.

I didn’t go to take part this year, although I’ve been lucky enough in the past to be on several panels. This time, as they say, I went purely for the craic.‡

Rather bizarrely, most of the photographs from Harrogate have me cuddling other authors. It was purely platonic, honest! But it does show in general what a terrific bunch crime writers―and readers―are.

I could mention all the fun stuff that went on, like everybody at our table in the restaurant on Saturday night trying on Russel D McLean’s rather splendid hat. And that included the waiters, too 🙂 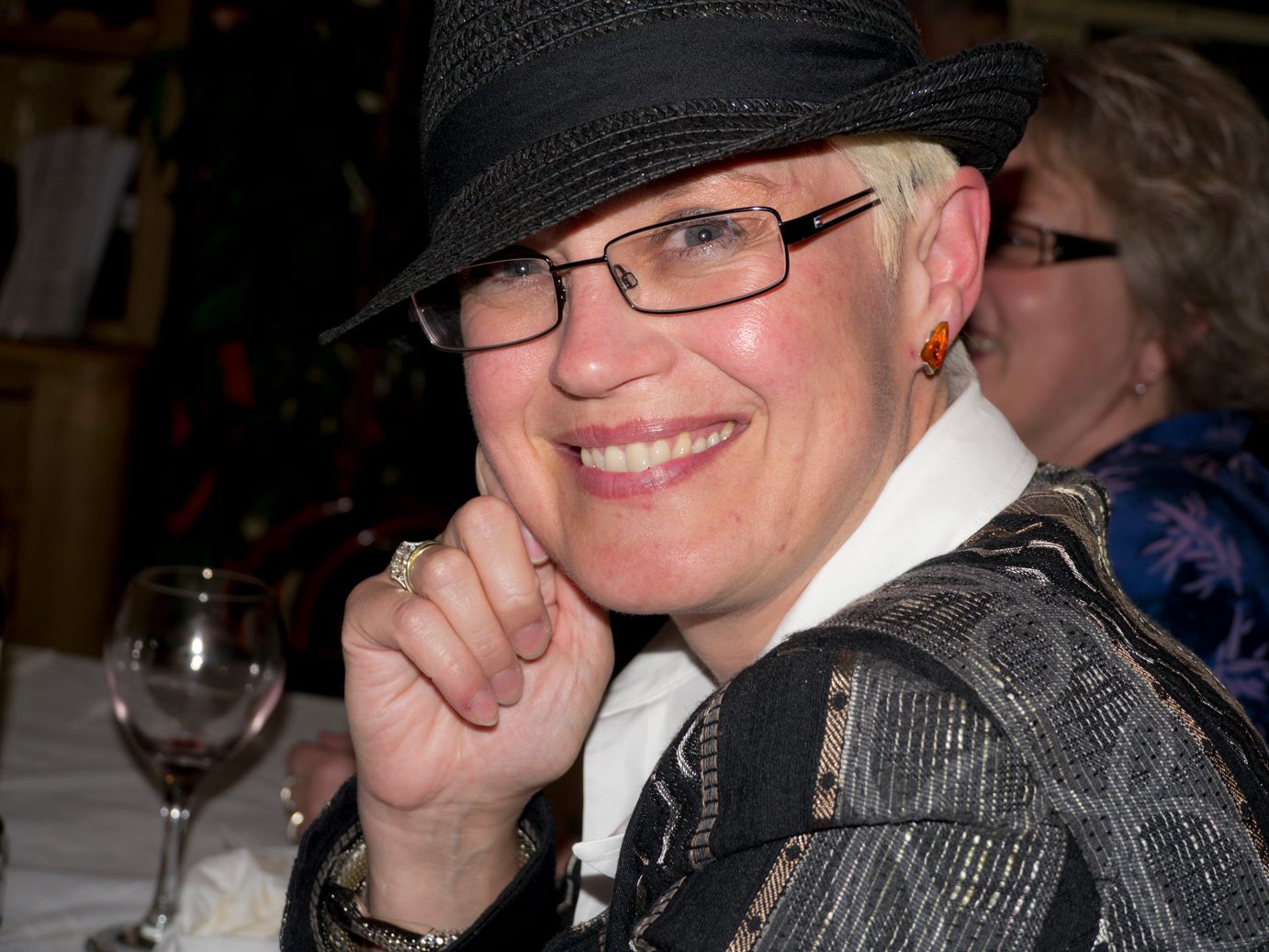 I could also mention that I was adopted as a surrogate mum by Katherine Heubeck, Adele Wearing and I think possibly by Vincent Holland-Keen as well (who took the pic above, by the way). Be nice to me kiddies, or everything goes to Battersea Dogs’ Home … 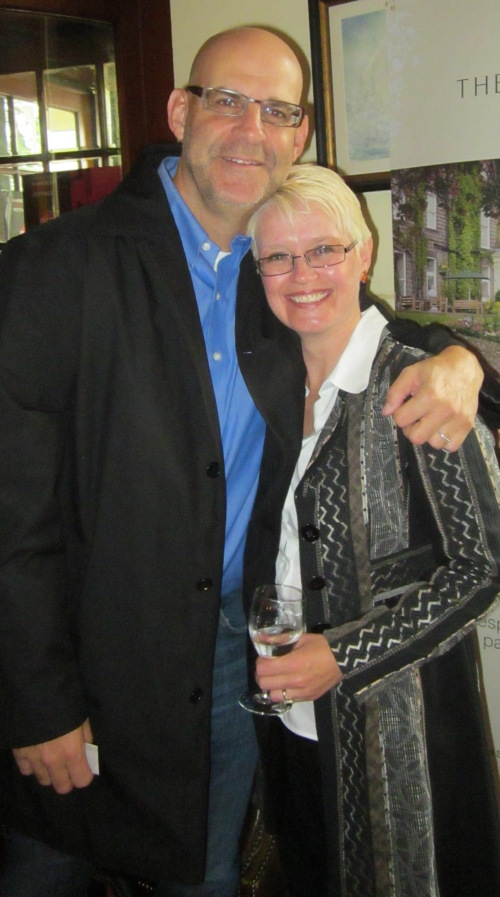 Just in case the tax man is reading this, it was not only great fun, but also an incredibly useful event from a networking point of view. I now have a promised blurb and a swap excerpt for the new series book, DIE EASY: Charlie Fox book ten, which is out in the UK in Oct; I have some terrific advice on graphic novels from Gregg Hurwitz, (pictured with fellow thriller author KD Kinchen) who has a wonderfully British sense of humour; I was asked for several review copies of my books and short stories to be sent out; and I received invites to do five guest blogs or interviews. How lovely is that? 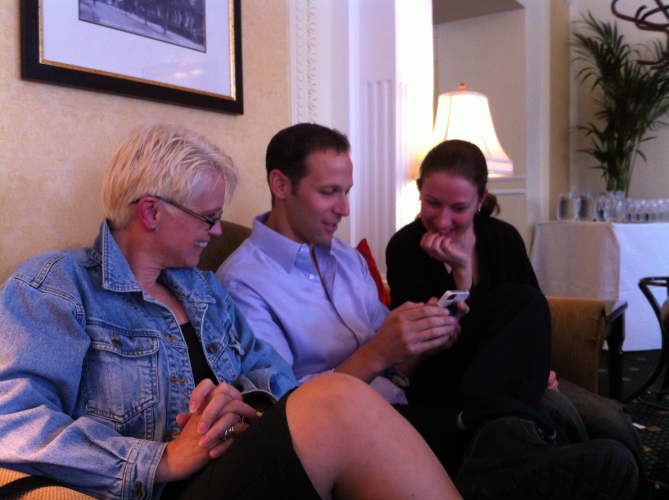 In particular, I found reaction to the news I’d penned a supernatural thriller, currently being test-read, very interesting. Some people were more intrigued than they’ve ever been by my crime thrillers.

Hmm, what does this tell me?

Well, following on from David’s blog of yesterday, it tells me I should spread my wings more. The supernatural story is one I’ve been bursting to tell for years, but something always got in the way. And besides, I was always being told “you’re a crime writer” so I was always careful not to step on the cracks in the pavement, just in case Something Bad happened. 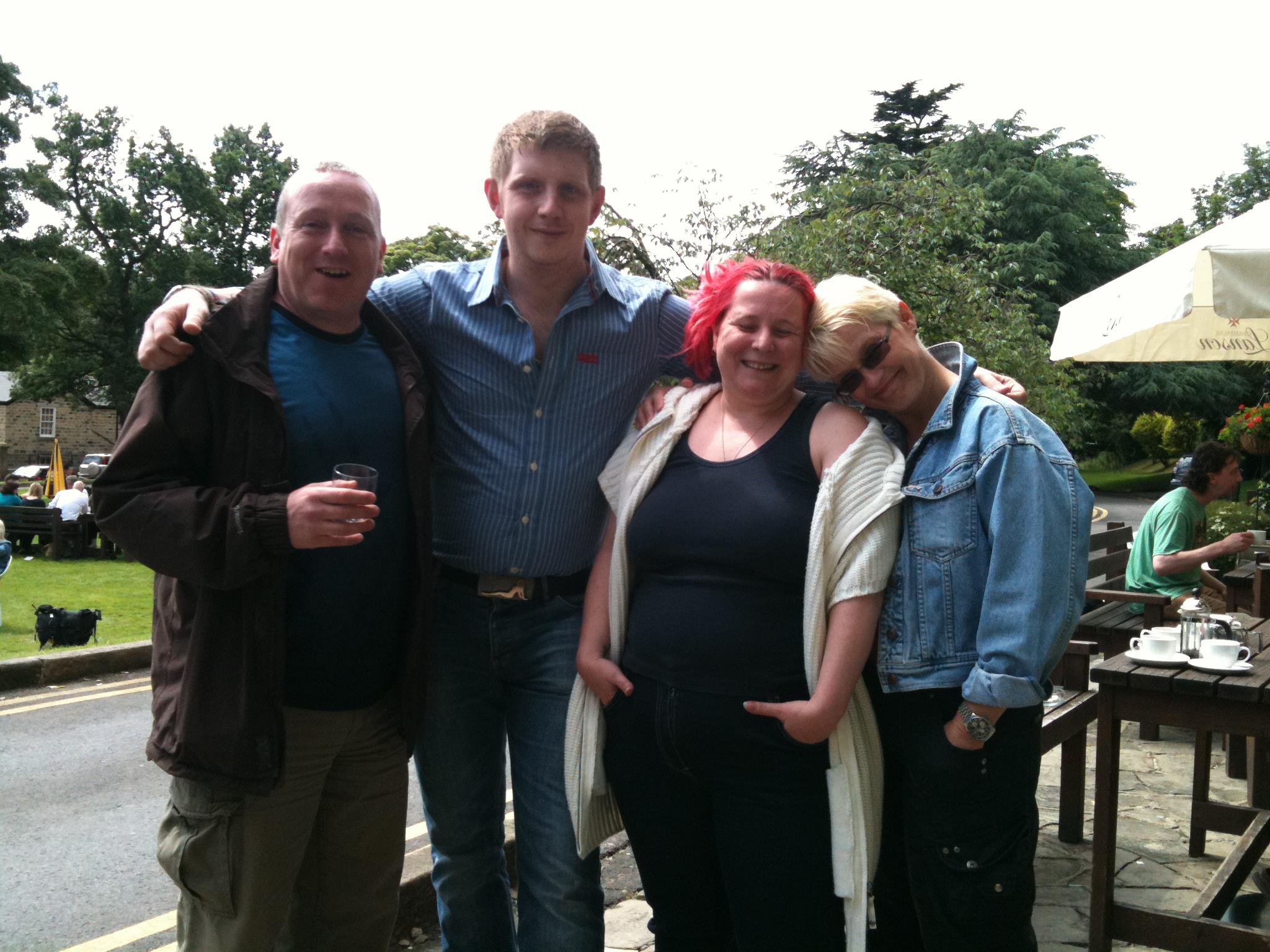 Now, to be frank, I’m not sure I care. I simply want to tell stories about characters in conflict, regardless of whether the cause of that conflict is supernatural, futuristic, psychological or straightforwardly criminal. And when you take the constraints of a specific genre away, the freedom is like a shot in the arm.

My question to you is, what was the last thing that gave you a burst of renewed enthusiasm for what you do? What effect did it have? And why? 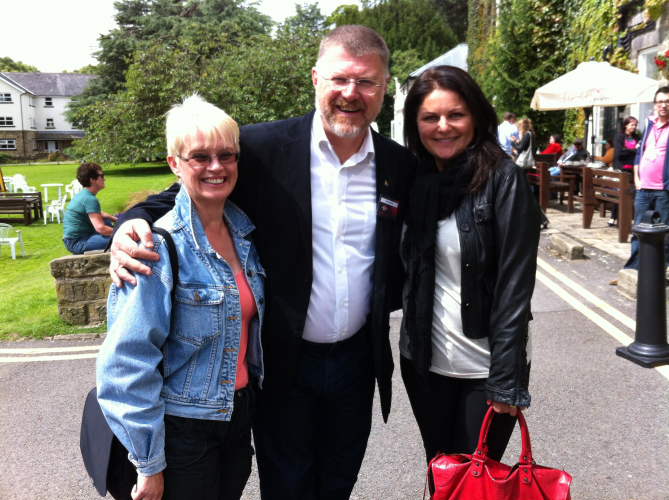 And for all of you who heard various things about the ‘Wanted For Murder: the e-book’ panel at Harrogate, which I attended, here’s Stephen Leather’s take on what happened.

The debate is still raging …

‡ Craic is this week’s Word of the Week. It means news, gossip, fun entertainment and enjoyable conversation, particularly used in Ireland, having been borrowed from northern English crack, meaning news or conversation, and then reimported with the far more attractive spelling of craic. This also helps differentiate it from the new slang meaning of crack, as in crack cocaine …

And finally, our own talented PD Martin, writing as Pippa Dee, has penned a spooky new tale: 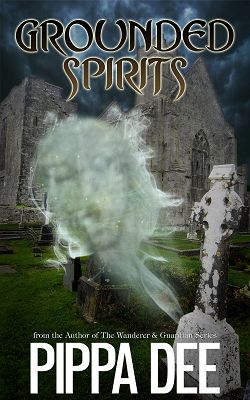 A tortured face, a haunted hotel and an obsession to solve the mystery. GROUNDED SPIRITS is part ghost story, part mystery and part historical fiction—set in Ireland in both the current day and the 1820s. For the next two days, it’s free on Amazon!

The story is based on a real hotel in Ennis, Ireland, that is rumored to be haunted. The painting described in the story does, indeed, exist—a photograph of the tortured face is included in the book and that face appears on the book’s cover (to the left).