I’m so sorry this blog is late. I had every intention of writing it last night, but best laid plans …

This weekend was homecoming at our high school. Normally, this isn’t something I actively participate in. To me, it’s about the kids, they have fun dressing up for school (pajama day, retro day, spirit day.) But we always go to the homecoming game. Last year, our football team was down 21-0 at the end of the third quarter and won 22-0 at the end. This year, we trounced the opposition 55-6. I know a lot of this kids–my oldest daughter has been at the school for 14 years, since pre-school. I’ve seen them grow up, now they’re all bigger than me, and I’ve seen them mature (well, most of them) and grow into adults. We don’t have a child on the team, but since my daughter’s boyfriend plays I feel like we do (he eats a lot of food at my house!) Our team is also special because we have one of the few female kickers in the country. There’s a long line of female football players, but they are still rare. I’m not surprised–football is a violent sport. But this is the third year we’ve had a female kicker. Our first graduated two years ago, and a freshman took her place. Both are star soccer players. It is fabulous to watch our players rally around her and, when necessary, defend her because not all the other teams think it’s cool to have a star female kicker (ranked 36 in PAT in California this year, 9th last year. She has big shoes to fill–our graduating female kicker was ranked #15.)

This isn’t our school, but I found this terrific article from Michigan about the homecoming Queen kicking the wining field goal.

This homecoming was particularly special as my daughter was voted Homecoming Queen. Dan and I were beaming 🙂 It was surprise, because she’s never been interested in these type of accolades. She’s an athlete (volleyball) and loves choir. But after 14 years at the school and now senior class representative, everyone knows her. I never got involved in extra-curricular high school activities, and I can’t honestly say why. My 25 year reunion is next year and if it weren’t for Facebook, I’d never have reconnected with any of my classmates. I’m thrilled my own kids–all of them–will have these type of memories. 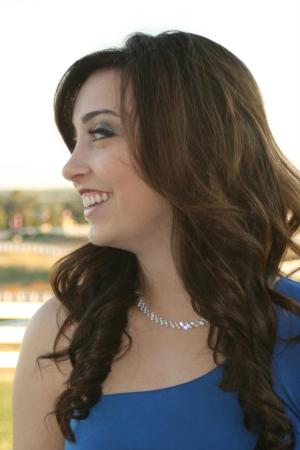 Last night, a large group of kids came over to my house for dinner before the homecoming dance. Parents came and went to take pictures. And Dan took this one candid shot of Katie that made me teary–it reminds me that she’s growing up. That she’s graduating in May, she’s going to college, that whatever I did right or wrong, the future is now in her hands.

I’ve often said to people that I have no life outside of my kids and writing. Depending on the context, I suppose that it can come off as complaining. But I wouldn’t have it any other way. I love my family, and I love writing. Everything else can wait.

The writer’s life is neither harder or easier than any other life. But most of us are living our dream, at least part of it. We might not be rich and living in a castle on a hill, but we are doing what we love. I truly love telling stories. I love it even when I hate parts of the process. I love creating and revising and polishing.

I’ve told my kids that they can do or be anything they want, but that the most important thing is they find a career that is satisfying. That if they love what they do, they’ll be happy. If that’s a stay-at-home-mom (or dad), a doctor, a teacher, an athlete, an artist, a writer–they need to love it. Because every job has a downside. Every job has heartache. You have to love it–or, if it’s a means to an end, put up with the crappy stuff and not let it destroy your dream.

I’ve had ups and downs in my career; I’ve left one publisher and moved to a next. I have a new editor for the first time–after 17 books. I have a new agent. I’m excited about the possibilities, but a little scared, too. Fear is normal. But even with the uncertainties in this New Publishing Order, even with the ups and downs in the industry, the changes that seem to hit us hard even after we think we understand everything, I still wouldn’t want to do anything else.

Sometimes, it’s hard to remain optimistic in the face of big changes, whether it’s college or career or family issues. Shit happens. Sometimes really bad stuff. Sometimes we want to crawl into a hole and hide, or quit everything and say to hell with it. But there is always hope. I believe it, otherwise I wouldn’t be able to get up in the morning and do all the things that need to be done, for me or my family.

I remember a group book signing (the Levy Bus Tour) where a high school teacher was sending students to buy Chip St. Clair’s memoir (to read for extra credit.) Chip was great, and told the parents that there was a bunch of authors in all genre–thriller, historical fiction, romance, inspirational. One mom said, “Oh, I don’t have time to read.”

I’ve thought about that exchange many times over the years. That mom was telling her two daughter that she didn’t value reading. That everything else in life was more important to her than books.

I don’t want to set that example for my kids. Not just in books, but in life.

I think about the two female football kickers from our school, and what my 8 year old girl soccer player told me. “I want to be the kicker for the football team.” I told her to work hard, do her best always, and don’t give up. And I thank those girls for setting a great example, not only to other young soccer players, but to the boys on the team.

I value many things, and I hope my kids do as well, as they learn by example. I value stories. I value honesty. I value hard-work and sacrifice. I value dreams.

What do you value? What one lesson would you impart to high school seniors today?