I am so excited to have my immensely talented friend Tim Hallinan here today!

Tim's novels in the
Poke Rafferty Bangkok Thriller series, A NAIL THROUGH THE HEART and THE FOURTH WATCHER, have received adulation and acclaim, for good reason, and he runs a great blog on his site called THE BLOG CABIN. (I'll have a guest blog on there Sunday if you're interested.) A dear friend of mine, JB Thompson, turned me on to Tim's work, raving about how good he was. Then I was lucky enough to meet Tim at Thrillerfest last year, and found he's as fascinating as his books foretell, and a great guy to boot. Well, heck, I'll shut up and let him show you himself. I give you… Tim Hallinan!

There are three things
that tell me when I'm in trouble on a book:

And whoever he was (it
was definitely a he), he took with him the knowledge of what to do
and what not to do when the inspiration tank is suddenly empty and I
have to push my book uphill. With, to prolong the metaphor, no
steering wheel. As a result, every time I hit my head on the wall
for more than four or five days in a row, I turn unerringly to the
list of Things Not To Do.

The first of these is
the cheap trick. I have nothing against cheap tricks – I use
them all the time. It was, after all, Raymond Chandler who said,
“When in doubt, have a man come through the door with a gun in
his hand.” Any thriller writer who says he or she never
descends to the occasional cheap trick is probably not a truthful
thriller writer – or, to put it another way, he or she is a
thriller writer whose thrillers I've never read. But the
impossible-to-anticipate plot twist, the stunning character reversal,
the, um, identical twin, the revelatory journal scrawled on the back
of the wallpaper (hmmmm . . . naahh), the sudden touch of cold steel
at the back of the neck – these are things I want to use
sparingly. If I don't, my
deeply felt novel of love and betrayal turns into a bad treatment for
“Terminator 137,” and I sit there, six months later,
wondering where I went wrong.

The
Second Thing Not to Do (for me, anyway) is to launch a new plot
strand. Suddenly discovering a deeply moving, compelling parallel
story that demands to be told
is often an advanced form of the same kind of dithering that produces
all those adjectives and all that dismally witty conversation. This
is dangerous territory, though, because sometimes a new plot strand
is exactly what you
need. I never reject one out of hand when it materializes in front
of me, because some of the best material in my books has come in the
form of late-breaking story strands. (An example: The book I'm now
writing, The Rocks,
culminates in an act of vengeance on three barren stones in the
Andaman Sea – an enchanted island, basically – and
features a human monster, or the closest thing to a human monster
I've written yet. I suddenly realized that Miaow – the little
girl whom my protagonist, Poke, has adopted – has been cast as
Ariel in a school production of Shakespeare's “The Tempest,”
and Poke has volunteered to cut the play to 90 minutes so the kids
can act it. This recognition has transformed the entire book.)

So
I'll play with a new story strand and see where it might take me, but
I won't cling to it like a life preserver. If it reinforces and
illuminates the other threads, great, but if it threatens to replace
them – well, I need to think about that. The new material may
seem more interesting than the strands I've already got going, but I
always need to remember that they're uninteresting because
I'm not having fun writing them. Once
I regain my footing, they'll be interesting again. Usually.

The
Third Thing Not to Do is to walk away. Give myself a break. Learn
to whittle. Decide I need a few days off. Start to fool with that
fascinating idea I had about a revelatory journal scrawled on the
back of the wallpaper, or the used car that, unknown to its buyer,
has a tracking device on it that's being watched with unwholesome
interest by someone who . . .

See?
That's the problem. Any of us can come up with a dozen things like
that in a minute and a half, and they all sound interesting. More
interesting, anyway, than the idea that's giving us indigestion and
keeping us up at night. And any one of them, if you pick it up and
play with it long enough, will

Annie
Dillard once said that writing a book was like taming a lion –
every day you stay out of the cage, it's more dangerous to step
inside. So the third Thing Not to Do is the most perilous of them
all.

So
what should I do when
everything goes south? It's so simple that I can't understand why
it's not always the first thing I think of.

I
need to look at the book's interior landscape.

I
need to ask myself about the emotional world of the book.
How do the characters feel about what's happening? How does it
affect their attitudes and actions toward each other? How confident
are they about being able to cope with what's happening? What
reserves do they have? What are they hoping for? What are they most
afraid of? And this applies to ALL the characters, not just the
sympathetic ones. Stephen J. Cannell supposedly has a sign on his
desk that says, “Ask yourself what the bad guy is doing.”
I'd widen that to include what the bad guy (or girl) is feeling,
because, let's face it, an antagonist without an inner life is just a
plot device. A cheap trick, more or less.

For
me, 90 percent of the time, I can't work through a problem by
thinking about exteriors – plot developments, mechanics,
structure, even language. All those things may need (probably need)
work, but what stops a book from coming to me is that I lose touch
with the emotional lives of the characters. And that's what I need
to think about.

So
why is that so damn hard to remember? 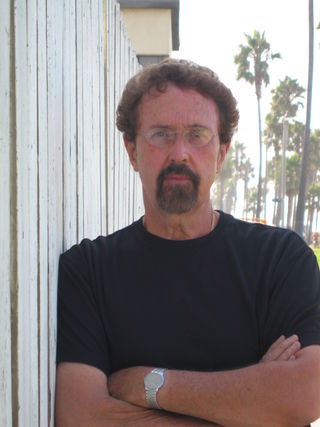 Timothy Hallinan has lived, on and off, in Southeast
Asia for more than 25 years.  He wrote songs and sang in a rock band
while in college, and many of his songs were recorded by by well-known
artists who included the platinum-selling group Bread.  He began
writing books while enjoying a successful career in the television
industry.  Over the past fourteen years he has been responsible for a
number of well-reviewed novels and a nonfiction book on Charles
Dickens.  For years he has taught a course on “Finishing the Novel”
with remarkable results – more than half his students complete their
first novel and go on to a second, and several have been, or are about
to be, published.  Tim currently maintains a house in Santa Monica,
California, and apartments in Bangkok, Thailand; and Phnom Penh,
Cambodia.  He is lucky enough to be married to Munyin Choy-Hallinan.