Happy Friday! I'm wrapping up the JUDAS KISS tour and looking forward to getting back home and back to work. I went to Florida for an overnight trip on Tuesday and got stuck until this evening -  my flight was canceled because of the massive storm up North, so I've been camping at my parents and stole my Dad's laptop to work. It's fitting, really, considering how insane things have been this month. I want to thank all of you for being so patient with me while I manage
the perfect storm of obligations that have converged on my poor life –
deadlines and touring and copyedits all at the same time isn't the
easiest thing. I will do better with my planning in the future – I
PROMISE!

In the meantime, my dear friend CJ Lyons is here with a great guest blog. Since I'm using a strange computer to write this I've had to adjust to an alien keyboard. When I was typing today's title I had a zillion errors, and one that sounded pretty cool. I was typing guest blogger, and the screen popped up the word "Glogger". So that's what we have today, our very own glogger.

CJ Lyons is a dynamic, overwhelmingly together woman and writer who I greatly admire. She's a
familiar face to many of you, but for those who don't know CJ, here's a quick and dirty backgrounder:

As
a pediatric ER doctor, CJ Lyons has lived the life she writes about in her
cutting edge suspense
novels.  Her debut,
LIFELINES (Berkley, March 2008), became a national bestseller and Publishers
Weekly proclaimed it a "breathtakingly fast-paced medical thriller."  The second in the series, WARNING SIGNS, was
released January, 2009.  Contact her at
http://www.cjlyons.net

A few days ago I woke from a deep sleep
to the smell of smoke. It was 5:22 am. Dark. Too early to get up unless there
was a darn good reason.


There were no smoke alarms going off, no
sounds at all that I could hear–I live in a small condo, so there usually are
sounds from neighboring units at almost every hour of the day and night, but
not this morning.


Took another whiff. Slightly chemical, acrid
smell of something, somewhere burning. But faint. And definitely not coming
from my place.


So….do I grab the cat and laptop (my
basic evacuation plan in any emergency) and run for it? Do I get dressed, bang
on doors, try to track it down? Do I call 911, let them wake and worry everyone
as they investigate?


Do I roll over and go back to sleep,
knowing that if it gets worse I'll wake up? Or do I wait and worry?


What would you do? Do you listen to your
gut? Do you believe in instincts and intuition? Or do you wait for concrete
proof?

Amanda has a problem. Maybe. She's not
too sure. Could be nothing.


She has these symptoms–intermittent,
unpredictable, terribly vague. When she researches them, there are thousands of
diseases they could be caused by…..or she could be imagining them.


Her gut has her worrying. Her brain tells
her to forget it–she'd make a fool of herself asking one of the
"real" doctors and all her research has turned up nothing concrete.


How to decide what to believe: the
"facts" or your "gut"?


Me, I always listen to my gut instincts. Which
has gotten me into trouble. A lot.


It's also saved me more times than I can
count, so I'd have to say that my "gut" has come out ahead of the game.


Which frustrates the heck out of anyone
governed by logic and facts who wants to understand my reasoning–or lack there
of!

So, you tell me–gut or logic?  Facts or instinct?  How do you decide?  Especially when it's life or death…..

There are three copies of LIFELINES on the line today – comment and you're entered to win your own signed copy…
(we'll announce the winners next Friday!)

Oh, and by the way, I went back to sleep
and about ten minutes later the smell of cinnamon rolls baking came from next
door–guess their oven pre-heating must have burnt something. Score another one for intuition! 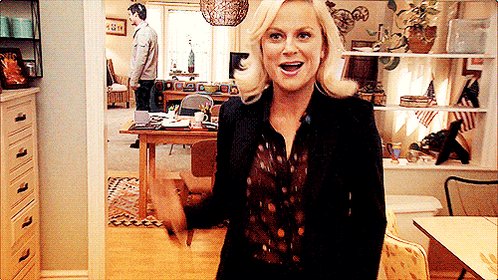 @Popehat Quite a few people are in jail despite that belief.

Come join me in conversation with novelist @JustinTussing at the Portland, Maine Library this Thursday, 6:30 PM!
https://t.co/bb0g6aAlYu

@HarlanCoben He is so offended!

I’ve been listening to Yuval Noah Harari‘s SAPIENS recently, and laughed out loud when I came to “You could never convince a monkey to give you a banana by promising him limitless bananas after death in monkey heaven“. https://t.co/2Dc5yAlsgw