I’m not sure how we evolved this way, but somehow our crime writing community is comprised of a pretty likable lot.  Getting to know the writers behind the words is such a nice perk of the business.  I recently had the pleasure of getting to know Chevy Stevens.  I had heard such wonderful things about her debut novel, STILL MISSING, that I bumped it up on my TBR list.  After I recommended it to my Facebook friends, she was nice enough to get in touch.

I’m delighted to report that Chevy’s second book, NEVER KNOWING, is garnering just as much praise.  And I’m even more delighted to host her for a guest Q&A here at Murderati, one short day before NEVER KNOWING hits stores.  (Yes, on July 4, I have chosen to turn the page over to a Canadian.  Please forgive me.  I swear I’m a patriot!)

AB:  I met a wedding planner once at a writer’s conference who said she didn’t think she could write mystery novels because she didn’t know anything about police and prosecutors.  I said, “Now why would you want to write about cops and lawyers when you know all about the fascinating world of wedding planning?!”  Your past work experience was in sales.  Can you talk about how that brought you into your first novel, Still Missing?

CS:  Sure! But first I want to say thanks for having me on Murderati. I’ve been following this blog for a long time, so this is a big thrill for me.

The idea for Still Missing came to me when I was a Realtor, working at an open house on Vancouver Island. To pass the time I would either read books or daydream. And if you have an imagination like mine and are alone in an empty house, those daydreams usually took the form of worst-case scenario nightmares. One day I started wondering what would happen if I didn’t make it home that night. How long would it take for anyone to notice? What would happen to my dog? My house? That awful thought lead to others, like what if I was gone for a long time?  Could I ever recover after an ordeal like that?  Then I became consumed with the idea and within six months I’d sold my house to finish the book.

AB:  Tell us about your second novel, NEVER KNOWING?

CS:  Never Knowing was inspired by a conversation I had with my editor about what it might feel like, if you were adopted, to find out that your birth father was a famous serial killer who had never been caught. The story took root and grew from there. I used a few other ideas that had been circulating in my mind for a while, for example there was a horrific murder in Wells Gray Park many years ago and when I read about it, it really upset me. Never Knowing isn’t based on that crime, but the image of a lonely campsite and the terrible things that could happen there, haunted me, so I explored those feelings in the book.

AB:  Can you talk a little about the experience of writing the second book compared to the first?  Did the writing experience change once you knew you were writing for a real audience and under a deadline?

CS:  I felt a lot of pressure when I was writing Still Missing because I was living on savings and I really wanted to be published, especially as many people knew I’d quit my job to write a book. But yes, writing Never Knowing was different because my time was being pulled in all sorts of directions. And with all the marketing demands leading up to the release of Still Missing, I needed to be much more focused and disciplined. I couldn’t work just when the muse was upon me. When I wrote Still Missing, I took afternoon naps or went on long hikes with my dog—and then had another nap. Those days are gone!  It’s marvelous that Still Missing took off, but it did add a new level of pressure to my second book because it was important to me that I write a worthy follow up. Some days that pressure was almost crippling and it was hard to write because of all the voices (not real ones!) in my head. But then I changed my mindset and just told the story that was coming to me, knowing that no matter what I was doing my best. 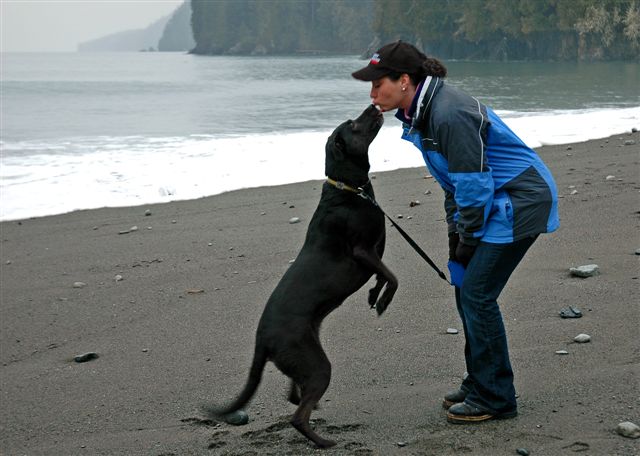 AB: I love the use of Annie’s therapy sessions in STILL MISSING as a way to show us the aftermath of Annie’s abduction and her attempt to heal.  I did not, however, think of that therapist as a character.  Did you know all along that the therapist would be the common thread into your second novel?

CS: Not initially. When I had an approved outline for Never Knowing, I began writing but something didn’t feel right about the structure. Then I started wondering if I could also do it in sessions. I thought it would be interesting to see the therapist through a different character’s eyes. It would also be challenging, but I was really excited by the concept, so I ran it by my editor and she loved it!

AB: Still Missing was a NY Times bestseller, has sold in about two dozen countries, and has been optioned for film.  Congratulations on all the early success.  What so far has been the most remarkable experience of your publishing career?

CS: You know, it’s all been wonderful. The first reviews, the first time I went to New York, getting e-mails from fans, making the New York Times list. But flying to Amsterdam last fall to meet my publishers was probably one of the most wonderful moments in my life. I’d been working hard all summer and it was the first time I’d had a couple of days off in months. I wandered around the city, gorged on goat cheese salads and stroopwafel (I also came home five pounds heavier but that’s another story), and fell head over heels in love with Holland.

AB: We actually haven’t met in person (yet!) but I feel like I know you because of the time we’ve spent talking on Facebook.  We talk a lot here about how to balance our time spent writing and our time spent online.  Your thoughts?  Tips?

CS: It does feel like we know each other. Heck, I’ve even offered to puppy-sit for you (offer is still open), but I know Duffer has a waiting list. Balancing marketing and writing, with social time, has been one of my biggest struggles over the last couple of years. Recently I was getting very distracted by the Internet and having a hard time focusing on my writing. I’d start looking at homes online, and the next thing you know my morning had disappeared.  So my critique partner, the fabulous Carla Buckley, and I created something to motivate ourselves. In the morning we email each other our “daily pledge” then we check in with each other to see how we made out. A big one for me was to stop surfing the net, so I have been disconnecting my Internet for long periods of time, then allowing myself brief breaks to check email and Facebook. It’s been helping a lot!

AB: Are you a plotter or a seat of the pants-er?

CS:  Still Missing just unfolded organically, mainly because I didn’t have a clue what I was doing and couldn’t plot myself out of a paper bag, which led to years of rewriting. Now that I’m on a contract, I work off an approved outline. But when I started working on Never Knowing, some interesting plot twists popped up as I went along, which also led to lots of rewriting. With my third book, I spent more time researching and working on my outline, hoping to cut down on some of the revising, while still leaving room for surprises.  Things change once you start writing and getting to know your characters.

AB:  I suspect we’ve hit it off not only out of mutual respect for the writing, but our shared love of dogs.  Who’s your favorite literary dog?

CS:  Love this question! Yes, as you know Annie is the dog of my life, so much so that I named the main character in my first book after her. Growing up I adored Clifford the Big Red Dog and Copper from Fox and the Hound, then Einstein in Dean Koontz’s Watchers and recently Enzo in the Art of Racing in the Rain.

CS:  I’m currently working on Always Watching, which is about the therapist, Nadine, who is in the first two books. But she’s never spoken until now.  I’ve set her story in Victoria and Shawnigan Lake, which is where I grew up, so I’m enjoying writing about all my favorite places.  I’m also finding the research for this book, particularly in psychiatry and cults, fascinating. Hopefully, my readers will agree!

﻿AB: Chevy’s new book, NEVER KNOWING, hits stores tomorrow.  I love recommending books when I’m a true believer in both the work and the author.  I think y’all will like both Chevy and her books, so please show her the love.

Thanks, Chevy, for being here!  Chevy is traveling today in preparation for the launch, so may not be able to check in routinely, but do leave comments.  And while you’re at it, let us know your favorite literary pet! 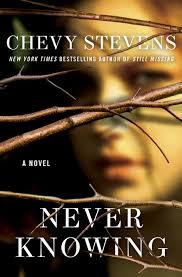 PS.  Many of you have been kind enough to follow my own exploits with the launch of my first stand-alone, LONG GONE.  I’m pleased to report that it was a PEOPLE MAG summer book pick and the featured mystery on the TODAY SHOW this weekend (the “one book that you can’t put down this summer”: watch it here. The mystery part starts at 2:15)  In return, I’d like to invite you to the webchat I’ll be having tomorrow, July 5, 9 PM EST, for members of the LONG GONE private book club.  Here is the link.  The password is ireadlonggone)