As anyone who reads this must be aware, the new Tania Carver novel, CHOKED, was published in the UK this week. 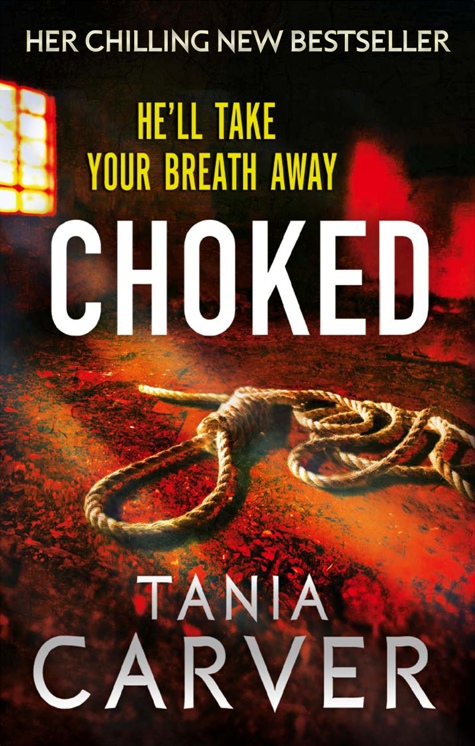 We’re very happy with it.  The sales are good, the reviews enthusiastic and the reader reaction very positive.  Or at least the readers who have taken the time to contact us and tell us.  But that’s not all that’s happened.

Who?  I’m sure many people in the States haven’t a clue who he is but his name should be familiar to UK readers.  He was the police officer who attacked unarmed newspaper seller Ian Tomlinson during the G20 protests in London a couple of years ago.  If you’re not familiar with the story, here it is.  During the G20 protests Ian Tomlinson was found dead.  The police officially claimed that he had been attacked by demonstrators and police were unable to aid him because they were under attack by an unruly mob who pelted them with bottles and missiles when they attempted to administer first aid.

The truth was somewhat different.  Video footage presented to the Guardian newspaper showed a masked police officer attack Tomlinson with a baton.  Tomlinson was unarmed, not part of the demonstration and walking in the opposite direction, going home after work.  Protesters rushed to his aid but he died.  The police, initially issued threats of legal action against the Guardian for making the footage public but, when public opinion was against them, ordered a post mortem.  The pathologist the police chose came to the conclusion that Tomlinson’s death was natural causes.  This pathologist has since been struck off and a sizeable number of his post mortems found to be unsafe.  Two subsequent post mortems revealed that the cause of death was internal bleeding from hitting the pavement following the attack.

Harwood was eventually identified.  An inquest last year ruled that Harwood had unlawfully killed Tomlinson and he was put on trail for manslaughter.  Incredibly, he was acquitted.  However, the jury at the manslaughter trial was not told details of Harwood’s past record, notably a disciplinary hearing in which he illegally tried to arrest a driver in a road rage incident in 2001, retrospectively altering his notes to justify his actions.  He left the force on health grounds before the hearing could take place, joining the Surrey force and returning to the Met in 2005 where he faced subsequent allegations of punching, throttling, kneeing and threatening other suspects while in uniform in other incidents.

This week’s hearing was initially set up to reconcile those two contradictory verdicts.  However, Harwood’s lawyers intervened and Commander Julian Bennett who chaired the panel stated that Harwood had discredited the police service and undermined public confidence in it and had allowed him to resign.  But also allowed him to keep his full pension.  Ian Tomlinson’s family was, understandably, furious.  The man who unlawfully killed him was allowed to walk free.  They are now taking their case to the civil court.

Some could still argue that after reading all that Simon Harwood was just that clichéd bad apple.  If so, why did the police, as an official body, try so hard and for so long to cover for him?  To protect one of their own even after he was shown to be the worst kind of violent thug?

This is not an isolated incident.  Take the case of Stephen Laurence.  You might have heard about this.  There’s a much fuller account of it here, but I’ll recap.  Stephen was a teenager living in South London.  In 1993 he and his friend were attacked by a gang of white youths chanting racist slogans.  Stephen was killed.  Five suspects were arrested but not convicted.  The investigation against them was so flawed a public enquiry chaired by Sir William MacPherson was initiated.  The subsequent report concluded that the Metropolitan Police force were ‘institutionally racist’ and that was why Stephen’s killers had not been convicted.  Subsequent reports indicated something else.  Detective Sergeant John Davidson, one of the murder inquiry’s detectives, had taken money from Clifford Norris, a known drug smuggler and the father of one of the chief suspects, David Norris, to obstruct the case and protect the suspects.  Two unnamed police officers were arrested as a result of these allegations but no further action was taken.  Dr Richard Stone who had sat on the panel of the MacPherson Inquiry said that the panel had felt that there was “a large amount of information that the police were either not processing or were suppressing” and “a strong smell of corruption”.

David Norris along with Gary Dobson were eventually tried and, on January 3 2012, nearly a decade since Stephen’s death, were found guilty of his murder.

Just two cases.  I could have chosen many more.  Both could have the bad apple cliché applied to them, both could have that cliché blown apart.  The force – the institution – allowed these corrupt police officers not only to get away with it but to flourish as a result of it.

So what has all this got to do with CHOKED?  Well, sometimes it’s hard to write a police procedural when this is going on in the real world.  It’s difficult to write about damaged but basically decent coppers trying to catch criminals, keep the public safe and generally doing the job they are paid to do.  Coppers like our Phil Brennan who, in the same way Philip Marlowe or Lew Archer wouldn’t be a private eye in real life, probably wouldn’t be a police officer.  Sometimes Linda and I feel like we’re just writing police propaganda, books that say, ‘Don’t look too closely at what we’re doing in the real world, just read about someone who punishes the bad guys and rewards the good ones’.  Maybe that’s just too simplistic and I’d like to think that our books are more complex than that but when you read stuff like the cases detailed above it’s hard not to feel that way.

I know all cops aren’t like that.  I’ve met some that are wonderful individuals.  Who care deeply about the work they do and the public they try to serve and protect.  I’ve also met ex-officers who had to leave because their voice, one of integrity and decency, was being drowned out.

So what do we do about it?  CHOKED isn’t really a police procedural.  It focuses on Marina Esposito, a psychologist hunting for her missing child.  The police are sidelined for once.  And I have to say, it felt cathartic to do it.  I hope it works.

But, a dissenting voice could say, it all turns out alright in the end.  The good guys get rewarded, the bad guys get punished.  Well . . . not always.  Generally, yes, but not always.  I like to mix it up a bit.  The body count in the books is quite high, as is the turnover of leading characters.  This, I think, is a real reflection of the job.  If the cases in the books were real, there would be quite a high attrition rate.  The characters are put in dangerous situations.  They could lose their lives.

And that’s why we keep writing them.  Because writing about people in extreme situations is what crime fiction is all about.  Or at least a large part of it.  And police officers are a godsend for that.  So I don’t want to be seen to bang a drum for a non-existent police force.  The books aren’t propaganda.  If the police force want that, they can do it themselves.  We just want to write the best crime novels we can.

And as for Simon Harwood . . . I’d love to put him – or someone very similar to him for legal reasons, of course – in a book.  After what he’s managed to get away with, (with the blessing and complicity of the force) after the people he has hurt or killed, he deserves it.  And I think we could be excused if in this one instance we could guarantee his ending would not be a happy one.

If the only justice Ian Tomlinson’s family can get in this world is poetic, then so be it.

1 thought on “We Take Care Of Our Own”