I’ve been a bit sick and rather distracted these last few weeks so this whole “Long Goodbye” has had a dreamlike quality for me. I keep thinking, “Did we really say we were going to do that? Surely not.”

But now it’s my turn, and it’s all starting to feel alarmingly real.

I’ve been with Murderati since, well, let’s look at the archives. Friday, December 8, 2006.  That would have been just after my first book, The Harrowing, was published.

I switched from screenwriting to writing books so quickly I really knew nothing at all about the book business, and even less about book promotion. I’m a pretty quick study, though, in general, and I jumped into the Internet research. And in 2006 it was pretty clear that blogging was the thing for authors to do, and pretty clear to me that Murderati was the mystery blog to beat.

So I became a frequent commenter. I came from theater, I know how to audition.  I figured I’d just be so sparkly and irresistible and indispensible that they’d just have to ask me to join. Which apparently worked, because they did.

It’s been a long time. I blogged here every week for several years.  I was quickly so sick of talking about myself (within a month, I’d say…) I started blogging on story structure instead, and ended up writing almost my whole Screenwriting Tricks for Authors workbook here, one blog at a time. That’s a pretty amazing thing, right there.  A lot of what I’ve written has been scribbled (typed) frantically at the end of long days when I’ve simply forgotten what day it was, an occupational hazard of a full-time writer. Other times I felt inspired, or felt like I had to top some tour de force of Steve’s, and I ended up feeling like a real writer of other things besides books.

I don’t have to tell any of you this, but a blog becomes a kind of PLACE, where people know they can stop by and find other people of like mind, a whole batch of regulars. Sometimes fun, sometimes comforting, sometimes confrontational, often emotional.  You actually work with your blogmates, so this is feeling like leaving a long-loved job.  As well as, as others have already said, like a favorite restaurant or bar or club closing down.

Only we did it to ourselves.  Why?

Honestly, it’s not the bi-weekly blogging that’s so hard – it’s the turnover.  Anyone leaving throws the balance into turmoil and the rest of us have to scramble to get back on track. I’ve done that scramble more times than I want to count over these six years. And the truth is, writers don’t seem to have enough time to blog any more. It feels like diminishing returns, when there’s a fast and easy alternative conversation on Facebook. The technology has changed. The conversation has moved.  We’re having to reinvent.

I used to run a huge cyber bulletin board of 2000+ screenwriters.  In many ways I’ve never been as comfortable with the blog format as I was with the bulletin board format. On WriterAction, ANYONE could start a thread. It was perfectly egalitarian that way. Some of our beloved backbloggers here on Murderati have been confessing that they had hopes of joining the lineup here. My feeling is that you often WERE the lineup – it just didn’t appear that way to a casual visitor because of the hierarchical structure of a blog. But on a bulletin board, you guys would clearly have been the lineup. I can’t help but feel that’s a better way.

Facebook eventually made our bulletin board unnecessary. It’s possible that it was mostly Facebook that made Murderati unnecessary as well. I’m an intensely social person and I need my social contact, but I see so many of you regularly on Facebook that I may have been lulled into feeling it’s not goodbye, just a change of venue that seems better suited to the times. I guess I’ll never know how many people regularly read my blogs here, but it’s easy to see that I’m getting massive traffic from my Facebook mini-blogs and random silly or profound comments there, because I get so many comments back.  More people take that time to comment on Facebook.  It feels more real, and I can be political, or brief, or cryptic, or completely idiotic. I like the informality, and I love the pace of conversation when it gets going.

In previous years I would have taken on the burden of reinventing Murderati as a bulletin board community or something similar. But I’m getting what I need out of Facebook, and I’m providing anyone who cares to drop by my FB page with the same thing I’ve done here, whatever the hell that is! – and with MUCH less time investment, leaving me more time to do what I’m supposed to be doing.  And we all know what that is. We all keep saying it.

We need to write books.

I know I’ll still be seeing a lot of you as much as ever, elsewhere.  But because Murderati is a PLACE, I am already missing and mourning it. It’s the end of an era, and we all take change hard.

Please keep in touch, or it’s just too unbearable.

– Here’s where I am far too often on Facebook.

– I will be blogging regularly on my Screenwriting Tricks for Authors blog – I teach a college film class, now, and will be doing a lot of movie breakdowns in the future.  I would love to have people come by and talk.

– And I am going to make a point of checking the Murderati Facebook page every day and posting/responding there.

And… I have to let you all know, since I have shared so much of my e book journey here: Huntress Moon was just nominated for a Thriller Award in the International Thriller Writers’ brand new category of Best E Book Original Novel.

That’s partly down to you, you know.

Thanks for everything.  I love you all.

Now tell me. Am I just an idiot for thinking Facebook is the modern alternative to blogging, and that it could ever be the same? If so, what WOULD be an alternative?

Be sure to tune in on weekends, too this month for posts by alumni.  J.D. Rhoades is first up, tomorrow! 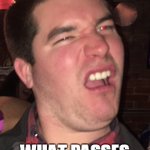 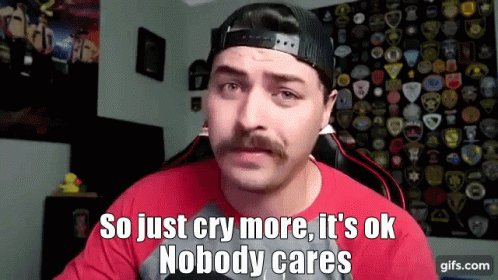