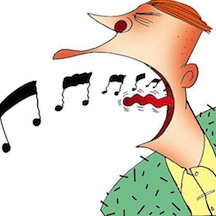 Starting January 23rd, I’m teaching an eight-week course on crime-writing both in-person at San Francisco’s The Grotto and online for Chuck Pahalniuk’s LitReactor. If you or someone you know is interested, act fast, because classroom slots are disappearing pretty quickly.

Also, I’m teaching one of my favorite classes at Book Passage the weekend of February 4th-5th. This one’s titled Integrating Arcs & Acts, and I do scene-by-scene breakdowns of five iconic films—Vertigo, The Godfather, Chinatown, Silence of the Lambs and Michael Clayton—and analyze them in terms of character arc, proof of premise, theme, subplot development and suspense, then use what we learn to discuss student work. Seriously, it’s the most fun you’ll have in a classroom ever, promise.

Most of you know by now I often play the contrarian—call me Captain Cranky—hoping to ignite a fire or at least stir things up a bit, keep the discussion lively.

It’s something I tell my students about their stories: When in doubt, pick a fight. Terrible advice for a marriage, I realize, but that’s a discussion for another day.

An example of my all-too-typical cranky contrarian method was my most recent post, where I staked out a somewhat extreme perimeter on the future of narrative, hoping to flag the flames of debate concerning where storytelling is headed.

I suggested that the eBook revolution may well introduce not just the possibility but a necessity to embed audio and video perks, making narrative a more fully multimedia mindmeld—perhaps, in the case of sophisticated role-playing games, even an interactive dance or duel—all of which most likely means a more communal, demanding and costly enterprise for writers.

A lot of the response this verbal shot across the bow engendered was to the effect that storytelling will never die—the delivery system may evolve, but the fundamental human craving for story will remain.

What is it about the book specifically that makes it both unique and indispensable? Here’s my potentially contentious, contrarian, cranky stand of the day, except it isn’t an extreme position; it’s what I truly believe.

Or, put less contentiously: What books and especially novels provide that no other form can is voice, not story.

The book is a deeply personal meeting of minds, writer and reader, and its access to inner life offers a particular type of intimacy unlike any other. It provides access to a whispering or wisecracking confidant in a world of bellowing shills, feverish opinionators, thundering dullards. And the way the singular intimacy between writer and reader takes form is in the unique way the writer’s fictive universe takes form in words.

Voice is more than style, i.e., diction and rhythm, structural boldness, innovative conceit. It incorporates worldview and attitude, the embers of passion, the cool surfaces of reason. It’s the embodiment of the writer’s creative spirit in language. It’s the writer’s presence in words as we engage with her story in our own imaginations—and the written word does require engagement.

There is always an element of passivity to hearing a story, but the degree of that passivity is less in reading than in more visual media. Writers who understand this tend to rein in the special effects, but that doesn’t mean squelching every speck of individuality whatsoever—assuming such a thing is even possible.

The basic power of less-is-more resides in its respect for the reader, its understanding of not just the willingness but the need of the reader to share in the shaping of the story, not just sit there and get pampered with prose. This often leads to a belief that the best writing is always that in which the author disappears, and lets his characters and story command the stage.

And yet I wonder—is this really true? Does that describe the books we really admire and crave and return to? Or is there something subtler going on—enough individual distinctness to remind us we’re not alone with the words, not so much we wish the writer would just buzz off.

Even the sparest prose—Hemingway, Hammett, Simenon—conveys far more than just what the eye and ear take in. A uniquely rendered world takes form, but not just that. We feel what matters in that world, feel the ghosts in the shadows and hear the murmuring beyond the door. Strangely, so much is revealed in what’s missing, because somehow we sense what was chosen and why, and wonder at the omissions. That too is voice, for we know someone did the choosing, the leaving out, and can feel it in both the cut of the words and the gaping silences.

But whether the prose is spare or Proustian, we want not just Once upon a time, we want the smell of our grandfather’s cigarettes and after-shave and the freshly cut grass, we want the whispery hum of the dragonflies hovering near the rose blossoms just beyond the screen and the creak of the old man’s rocker on the porch as, after much shameless begging on our part, he tells us what happened to him all those years ago, when he was a wild young man back in Stillwater … or Acapulco … or Inchon.

From a writer, we want that presence in words on the page:

You could not tell if you were a bird descending (and there was a bird descending, a vulture) if the naked man was dead or alive. The man didn’t know himself and the bird was tentative when he reached the ground and made a croaking sideward approach, askance and looking off down the chaparral in the arroyo as if expecting company from the coyotes. Carrion was shared not by the sharer’s design but by a pattern set before anyone knew there were patterns.

From the beginning, we were sisters more than mother and daughter. Joanna Shaw rescued me in her way, and I tried to return the favor. I do not say this boastfully, but ironies are the way of the world, and now that I am an old woman I tell you with certainty that those who presume to lift another are most often in need of being raised themselves.

Coming out of the early-morning mist, their silver forms emerge from a thin line of trees and the girls pad through the wet grass that edges the field. The dampness muffles their footsteps, so they approach silently, and the mist that wraps around their legs makes them look as if they’re floating.

Three Indians were standing out in front of the post office that hot summer morning when the motorcycle blazed down Walnut Street and caused Mel Weatherwax to back his pickup truck over the cowboy who was loading sacks of lime. The man and woman on the motorcycle probably didn’t even see the accident they had caused, they went by so fast. Both of them were wearing heavy-rimmed goggles, and all Mel saw was the red motorcycle, the goggles, and two heads of hair, black for him and blond for her. But everybody forgot about them; the cowboy was badly hurt, lying there in the reddish dirt cursing, his face gone white from pain. The Indians stayed up on the board sidewalk and watched while Mel Weatherwax and one of his hands carried the cowboy into the shade of the alley beside the store.

She ached. As if her spine were a zipper and someone had come up behind her and unzipped it and pushed his hands into her organs and squeezed, as if they were butter or dough, or grapes to be smashed for wine. At other times it was something sharp like diamonds or shards of glass engraving her bones. Teresa explained these sensations to the doctor—the zipper, the grapes, the diamonds, and the glass—while he sat on his little stool and wrote in a notebook. He continued to write after she’d stopped speaking, his head cocked and still like a dog listening to a sound that was distinct, but far off. It was late afternoon, the end of a long day of tests, and he was the final doctor, the real doctor, the one who would tell her at last what was wrong.

Ree Dolly stood at break of day on her cold front steps and smelled coming flurries and saw meat. Meat hung from trees across the creek. The carcasses hung pale of flesh with a fatty gleam from low limbs of saplings in the side yards. Three halt haggard houses formed a kneeling rank on the far creekside and each had two or more skinned torsos dangling by rope from sagged limbs, venison left to the weather for two nights and three days so the early blossoming of decay might round the flavor, sweeten that meat to the bone.

In each of these excerpts, we get not just the beginning of the story but the entrance of the storyteller. This can be done badly, of course, and fan dancing won’t do. But neither will the timidity of those who use story like a crutch. It’s not flash we’re after but the sense of someone real speaking to us directly and honestly, and for that a certain confidence is not just called for but expected and deeply wanted. In some cases, even a fire-eyed bravado. Or just the intimate whisper of someone with a secret we feel almost certain we dare not believe, but will.

The writer who too obsessively vanishes leaves us at the altar alone. This is the ceremony of fiction on the page, the thing film and TV and games can’t do (or at least not so well), the thrill of it, the thing that makes the written word crackle and sing, that makes it sumptuous and sensual and gives us gooseflesh, the kind we get when someone important, someone we want to know better, perhaps even someone we want to love, is suddenly standing very near, and with a brief glance first one direction then the other leans close, very close, to tell us something.

Jukebox Hero of the Week: Long ago in a universe far away, aka the 1970s in the Midwest, I did the solo coffeehouse bit, and I know how naked it can feel up there with just a guitar and a song. No one did it better than Townes Van Zandt, truly one of my heroes, and someone who can teach us all a bit about presence and voice and a slice of life rendered full in words.

(This particular song has a very special meaning for me, which I won’t get into, but should the one who knows what I’m talking about read these words and listen to this clip, know I’m grateful. For everything. Even when I’m cranky.):