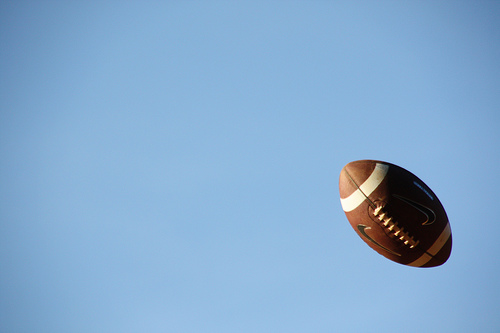 As I look back I remember it as an idyllic time. Nineteen eighty-one. I was seventeen and working at the largest record store in Albuquerque.

Sound Warehouse was the coolest place in town and you couldn’t even think of getting a job interview if you didn’t know someone. I didn’t know a soul and there was nothing useful I could put on my resume. Until then I’d only had a few jobs: working with Arabian horses when I was thirteen (and by “working with” I mean shoveling horse manure and doing embarrassing clean-up chores after breedings that would haunt me forever), a summer landscaping job (still have my herniated disc from swinging a pick-ax into hard concrete and carrying 200-pound railroad ties) and one eight-month nightmare as a waiter for Bob’s Big Boy (the previous jobs were a dream compared to this).

Sound Warehouse gave music-lovers the same feeling book-lovers get when they go to Powell’s Bookstore in Portland – rows and rows of classic vinyl (before it was considered “classic”), foreign special editions, laser discs, New Wave, rock, acid rock, experimental. It was big on popular rock, but all styles of music were represented. There was even a large, glassed-in section for classical purists and, as a customer, I often hid there to escape the cacophony of life and soothe my own teenage angst.

There weren’t really specialists at the store. Just the classical guy, who’d been there for a decade. The rest of the employees catered to what was hot in the rock scene. Every high school kid who could carry a tune wanted to work there. The competition was fierce for a new guy without any references.

I took a different tack. I targeted their lonely jazz section and told the manager that, if he gave me a job, I’d build it into an enviable collection. This was before Kenny G single-handedly turned jazz into the syrupy, elevator goop we hear today. At the time, Kenny G still played for The Jeff Lorber Fusion, a kick-ass fusion band with chops. When I was in college I saw Kenny perform with Jeff Lorber in Dallas at the Kool Jazz Festival and he was nothing short of brilliant. A few years later he became the Pied Piper of sap, forcing the death of hard-core fusion under an avalanche of C-grade “soft” jazz artists.

In 1981 the jazz scene rocked with new music from innovators like Chick Corea, Weather Report, Return to Forever, Miles Davis, Herbie Hancock, The Dixie Dregs, Jean Luc-Ponty, The Brecker Brothers, Spyro Gyra, Manhattan Transfer, John McLaughlin, Pat Metheny, Dexter Gordon, Jan Hammer, Jeff Beck, Keith Jarrett, Chuck Mangione, Gary Burton, Tom Scott and the L.A. Express, George Benson, David Sanborn…and so many more. I’d been introduced to this music by my high school jazz band instructor, who boasted a huge collection of the above and would play these records on a classic Bang and Olufsen stereo system which he babied like a baby, only more so.

Unfortunately, Sound Warehouse wasn’t begging for a “jazz guy” to come onboard. But I figured it gave me an edge, or at least something to differentiate me from the other high school kids who dropped their applications at the front counter every day.

I targeted the manager responsible for writing the work schedule and hassled him every week. And always the same response – “Try again later.”

Finally the day came when I had to quit stalling. I picked up an application for McDonalds and prepared myself for the worst senior year I could imagine.

Although I’d been disappointed every time, I decided to swing by Sound Warehouse one last time before making the fast-food commitment. The moment I stepped in the manager looked up from his paperwork and said, “I think I can use you.” I’ll always remember those words, because they saved me from the embarrassment of working for McDonalds. (However, in college I broke down and took a job at Jack-in-the-Box. Never say never, I guess. I still can’t say I’ll never be a minimum-wage fast-food worker again – I am a writer, after all).

I began the job the very next day.

Over the months that followed I used my employee discount to build a personal jazz collection that rivaled the ever-growing jazz section I managed at the store. At that time I was dating a girl who performed in her high school’s modern dance ensemble. She was always looking for unique music to set their routines to. I volunteered to schlep my giant stereo and speaker system, along with a hundred or so albums, to her school where I introduced the girls to the kind of music they never would have heard on the radio. I think they settled on Kraftwerk and Manheim Steamroller as the soundtrack to their state championship dance routine. Suddenly, I found myself popping up at the different high schools around town to “do my thing” for the modern dance troupes, drill teams and cheerleading squads. What a perk!

I worked at Sound Warehouse for over a year, chalking up loads of memorable experiences. Like the night Lisa, my manager, encouraged me to try Skoal. I liked the buzz until the retching began. I spent the next three hours with a paper bag taped to my mouth. Or the time she accidentally kicked the silent alarm switch under the cash register and the parking lot filled with members of the Albuquerque Police Department, their guns drawn. I answered the phone to the voice of a police negotiator saying, “Send one representative into the parking lot with his hands in the air…”

The place was filled with the drama of young love, fast cars, faster music, alcohol and pot. It was “Fast Times at Ridgemont High” with a time-clock. It would’ve been “Footloose” if any one of us could dance.

Sound Warehouse also subjected me to my first polygraph test. It was discovered that the Ticketmaster cash register had been relieved of a couple dozen concert tickets and everyone was a suspect. Bigwigs from the corporate office in Dallas showed up to polygraph all twenty-five employees, including the managers. They never discovered who took the tickets, but they were surprised by the amount of slippage that occurred in the form of pens, pencils, t-shirts, pins, and other merchandizing paraphernalia.

Every night at closing we played touch football, knocking over cardboard displays and racks of cassette tapes. The ceiling was probably three stories high and the walls were filled with giant styrofoam images of musical artists and band logos. The company actually employed an artist who designed and cut the styrofoam images using a specialty heating tool and a selection of spray paints. One of these giant renderings featured an image of Chuck Mangione playing his trademark flugelhorn. Beneath the image was his name, in bold, green letters.

A week before I left for college, a week into my two-week notice, our nightly football game resulted in a direct hit on the Mangione display. A large, styrofoam “Ch” fell from the sky.

The temptation was too, well, tempting.

I slipped into the artist’s work-space and disappeared from the scene. I rummaged through discarded sheets of styrofoam until I found a usable sample. I plugged in the heating rod and let it warm up. I cut a jagged form and softened the rough edges with a piece of dull sandpaper. I shook the spray paints, tried a few greens until I found the one that was used on the sign before.

I dragged the largest ladder in the building to a spot under the broken display and climbed to the top. I carefully glued my work of art into the space where Chuck lost his “Ch.”

I did all this under my manager Lisa’s watchful eye. She was a Southern rebel, a lesbian Texan who didn’t mind kicking the establishment in the balls. She was taking a risk, but she knew that life was short and it didn’t pay to play by the rules. And, personally, I think she was pissed about having to take that polygraph test along with everyone else.

“Fuck Mangione” stayed up for two full weeks before Lisa’s nerves got the best of her.

And yet no one noticed a thing. It even survived a surprise inspection when the company bigwigs came into town. Lisa watched as their eyes scanned the store, gazing past my work and settling on the Ted Nugent display to its right.

That night, she dragged the ladder under the display and removed the “F.” She placed a work order with the company artist for a new “Ch” and things were back to normal the very next day.

Was it all so fun because I was young and stupid, or was it all just so fun?