I can’t believe I’m about to do this but lately I can’t go to any message board or listserv without running headlong into people from the mystery community whining about Tom Cruise signing on to play Jack Reacher in Lee Child’s One Shot.

I rarely find myself in the position of defending anything Hollywood does, but this tempest over Tom Cruise as Reacher demonstrates a ignorance not only of the workings of the film industry (which I actually hope any decent person has a healthy ignorance of) but an ignorance of filmmaking in general that is so vast and astonishing that I am just going to have to use my blog post today to rant. I mean, get this out of my system.

We’re book people, people, we’re supposed to be smart.  And yet what are people obsessing over about this casting?   “Cruise can’t play Reacher, Reacher is 6’5”.”

That’s all we’re getting out of that character and those books?

And here I had this idea that action has something to do with character. That there’s something about an iconic character that has to do with essence and soul.  I thought that Reacher’s brains and the fact that he’s a walking (literally) archetype – a modern and completely fucked up – I mean wounded – knight errant had something more to do with his charm than – inches.  I thought the actual stories – the Mission Impossible-like intricacy of Reacher’s plans and the way he is constantly able to rally the most unlikely teams of misfits to accomplish hopelessly lost causes had a little to do with the appeal of the books.

As much as I am in total favor of the objectification of male bodies, preferably as often as possible, to me Reacher’s size and six-pack are completely incidental to the man.  But people are posting photos of their picks to play Reacher that would launch me into the mother of all feminist rants if people were posting the equivalent photos of female actor choices for – oh, say, Clarice Starling, Jane Tennison, Jane Rizzoli, Elizabeth Bennet.  It’s embarrassing.

Would any one of us really want any of those slabs of beefcake who were hulking around the Reacher Creature party last Boucheron to play Reacher?  Really?

I have seen some perfectly idiotic casting choices floated on boards and lists, and no, I’m not going to name names, because those actors might actually be fine actors.  Or something.  But we are not talking about repertory theater, here.

The height thing aside (and height in Hollywood is relative), there’s a whole hell of a lot more to playing a role like Reacher than acting.  We are talking about a mega-million dollar movie that is supposed to turn into a multi-billion dollar franchise. You don’t just need an actor for Reacher, you need a movie star.  You need more than a star – you need someone who can carry the movie.  And not just carry the movie, but carry the franchise.

Carrying a film is something more than acting. It’s not a very tangible thing. It has to do with being able to be present as a unique character but also letting the audience inhabit you.  It’s about being the point of view character, a vehicle for the audience, and the film’s authorial voice, all rolled into one.  It’s why movie stars are rarely as good actors as the character actors around them are, and why character actors are almost never able to play leads.  A lead actor can be acting his heart out and the movie will still be dead on arrival because the actor isn’t doing that other essential intangible thing.

And the more action and special effects going on, the more important it is to have a lead who can carry all that action.

Those wonderful actors who seemed to be rising really fast and suddenly disappear and are never heard from again? Well, maybe they’re on the rehab circuit, but just as probably they were cast in a film that was supposed to be their big breakout and they just weren’t able to carry the film.

Carrying this movie is going to be ten million times more important than size.  I can think of a couple of actors, good actors, who seem to me physically perfect for Reacher, who in fact work just fine as Reacher in those random Reacher fantasies, you know the ones I mean – but who I wouldn’t want to gamble on being able to carry this film.

Tom Cruise has been carrying movies consistently since he was 21 years old. Ironically, what all these size-obsessed complainers don’t seem to realize is that Tom Cruise is one of the only actors on the planet BIG enough to carry a franchise that big.

And anyone who thinks Tom Cruise can’t act should go rent Collateral, or Magnolia. Or Jerry Maguire. Tom Cruise is a hell of an actor. You don’t have a string of dozens of successful movies over thirty years, the majority of which have made over two hundred million dollars each, and more, worldwide, without having something going on. Or would you like to try to argue that that list of movies succeeded in spite of Cruise?

Moreover, he is a terrific action star.  He is a superb athlete and known for training for weeks on end to get the physicality of every action he performs in a film exactly right.  Do you think it’s easy even to fire a gun convincingly on screen, much less perform the kinds of stunts he routinely does in the Mission Impossible films (not that I’m a huge fan of those, but that has nothing to do with Cruise)?

What exactly do all these naysayers know about casting, anyway? Give a major actor some credit for knowing what he can and can’t play. No one thought Dustin Hoffman could make a convincing woman and he only got cast in Tootsie by making demo films of himself as Dorothy Michaels to convince the powers that be that he actually could do it. But he knew.  And after the fact, can you imagine anyone else in that role?

Well, newsflash: Tom Cruise knows a whole hell of a lot better than a bunch of mystery readers what he can do.  This is not a man in the habit of doing things badly. Will he pull if off?  Maybe, maybe not.  Think about it. Any time we sit down to write a book we think we just might be able to do it some meager form of justice and from there we work like dogs and pray like hell. What makes anyone think it’s any different for an actor?

But we are talking about one of the hardest working and most passionately dedicated actors in Hollywood.  I’d lay down money that Tom Cruise has a better idea of who and what Jack Reacher is than the vast majority of these posters. Character is his job and he’s been doing it brilliantly for over 30 years.

He’s a seasoned and successful producer as well, which I’m not going to get into, but you better believe it’s good news for the movie.

But I will say it is stupefying to me that a community of readers and writers, in all this ranting, seem to be saying not one word about what could go wrong with the script. Josh Olson, the original adaptor (adapted and was Oscar-nominated for A History of Violence) is smart, passionate, angry, iconoclastic – I was excited that he was writing the script.  Christopher McQuarrie, attached as director, is doing his own adaptation of the book now.  He’s most famous for writing and winning the Oscar for The Usual Suspects.  All sounds good, right? But there’s no guarantee here that what ends up on screen will have anything to do with the story we know from the book.  Personally I would hate to see the incredible ensemble energy of this particular story, the way all the seemingly minor characters come together as an unlikely and sympathetic team, get eviscerated to showcase Reacher going it alone. But that’s an optimistic view of what could actually happen, story-wise.

Instead of bitching about Cruise, we should be on our knees lighting candles to the movie gods that whoever ends up in creative control of this film (and that can change radically in between now and the film’s release) doesn’t decide… oh, let’s say… that the stakes aren’t big enough, and get the bright idea to make the villains the joint heads of the entire Russian mafia who have decided to take over the US and to do so have acquired a nuclear warhead which Reacher will be forced to dismantle while simultaneously trying to rescue his long lost and hitherto unknown son or daughter or, hey, twin son and daughter– with the loyal help of the dog the executives gave him to make him more “relatable”.

Oh yeah, there is a whole lot that could go wrong with this film.

There also is a chance that a very smart movie could come out of this. And if it doesn’t, it’s not going to be because of Tom Cruise.

How about putting some energy into wishing for a great movie?  It’s rare enough that that happens. Does everyone really want to jinx that with all this vitriol before they even start shooting?

Finally, let me just say this. Reacher fans are the last people who should be complaining. We can have Reacher in any form we want, every time we pick up one of the books. Cast at will. And I guarantee that not one of us sees him the same way. That’s the beauty of fictional characters.

But look, this is Murderati, we’re all friends, here. If you want to talk about who really should play Reacher, here’s your chance to do it. Share the fantasies. Go wild. Link to beefcake shots, or Youtube exotic videos, I’m not going to object.  Or tell us some books-to-movies that were perfectly cast, and why.

So who do I see as Reacher?  Lee Child. It is entirely mystifying to me that anyone could not think so. And there’s not a living actor in Hollywood who could come up to that level of brains and sexy. But it’s not going to happen, and it shouldn’t.

Let’s all just GET OVER IT.

Oh, and if there’s anyone left after all of that, The Unseen comes out in the UK this week, with maybe my favorite cover ever, it actually gave me a bad nightmare.  Just don’t ask me who I’d cast. 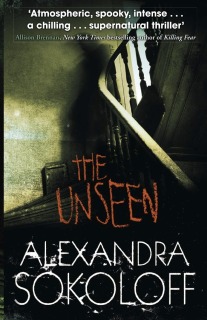 267 thoughts on “Tom Cruise is Reacher”