The other day, I was having an e-mail conversation with a friend. As we often do,  we got to talking about books.  She was deep into Hilary Mantel’s 2006 book, A PLACE OF GREATER SAFETY. “It’s a commitment,” she said, alluding to the book’s 768-page length, “but you don’t care.”

Which got me to thinking. I’ve noticed recently that I have a much shorter attention span than I used to when it comes to books. I think twice before taking on a massive work, and will often pass it over in favor of something shorter. It took me forever, for example, to “commit” to Neal Stephenson’s CRYPTONOMICON, even though I loved it when I finally did read it. And the third volume of his Baroque Cycle  is sitting on the bookshelf, waiting for me to get up the gumption to take it on. Don’t get me wrong, I don’t see it as a chore. I LOVE Neal Stephenson. I just get to about Page 300 of any book, see a few hundred pages to go,  and start feeling antsy. I feel the pressure of the TBR pile building up in the back of my head. And this is from someone who used to regularly sit down and devour the entire LORD OF THE RINGS trilogy every couple of years, and then finish off with a dessert of THE SILMARILLION. 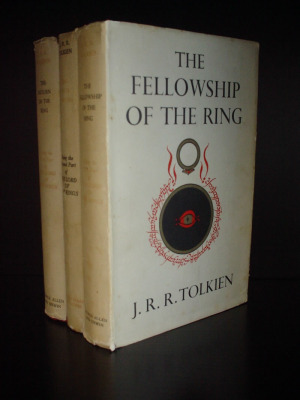 It seems I’m not alone. In a recent article I read on Slate, writer Nicholas Carr notes:

Immersing myself in a book or a lengthy article used to be easy. My mind would get caught up in the narrative or the turns of the argument, and I’d spend hours strolling through long stretches of prose. That’s rarely the case anymore. Now my concentration often starts to drift after two or three pages. I get fidgety, lose the thread, begin looking for something else to do. I feel as if I’m always dragging my wayward brain back to the text. The deep reading that used to come naturally has become a struggle.

And the culprit, for Mr. Carr, is easy to find: that bad old Internet. The article, in fact, is titled “Is Google Making Us Stupid?” and Carr  suggests that spending a lot of time on the Web is trashing our attention spans:

[W]hat the Net seems to be doing is chipping away my capacity for concentration and contemplation. My mind now expects to take in information the way the Net distributes it: in a swiftly moving stream of particles. Once I was a scuba diver in the sea of words. Now I zip along the surface like a guy on a Jet Ski.

After all, the ‘net is the home of the acronym used to dismiss an overly verbose or lengthy article, comment, or blog post: “TL; DR”. 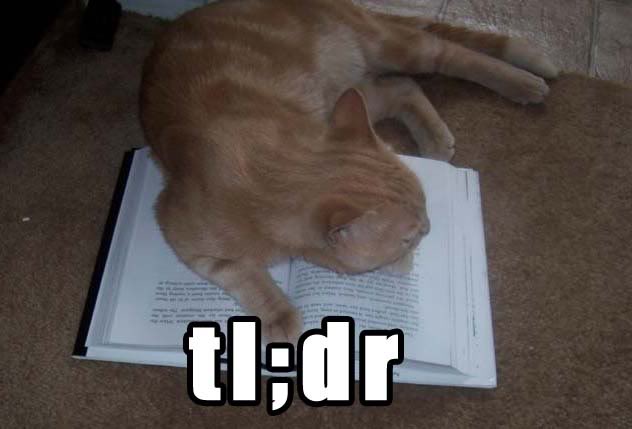 Which stands, in case you didn’t know,  for “Too Long; Didn’t Read.”

On the other hand, this article suggests that that worry is not only overblown, but cliched:

Worries about information overload are as old as information itself, with each generation reimagining the dangerous impacts of technology on mind and brain. From a historical perspective, what strikes home is not the evolution of these social concerns, but their similarity from one century to the next, to the point where they arrive anew with little having changed except the label…Socrates famously warned against writing because it would “create forgetfulness in the learners’ souls, because they will not use their memories.“

So, maybe it’s not the tech. Maybe it’s the stuff I’ve gotten used to reading. For the past few years, my reading has skewed towards noir, pulp, and hardboiled. That’s the stuff I like, and it tends to be short, simple, and fast-moving. Not coincidentally, that’s how I like to write as well. So it takes some adjustment to settle down into something more long and discursive, something that takes its time getting to where it’s going.

How about you? Are you finding it harder or more daunting to tackle long works? If so, why do you think it is? Any ideas for overcoming it?