Gar got us all thinking when he catalogued the difference between a DAT (Dumb-Ass-Title) and a KAT (Kick-Ass-Title).  In his view, DAT’s use one ubiquitous, predictable word (e.g., the new TV show, “Revenge”).  A KAT draws the reader in, but does not rely on any secret or double meaning (Sophie Littlefield’s “A Bad Day for Sorry”).

Louise followed up with further refinements to the DAT recipe — puns and series unifiers — while defending the use of dual meanings.

The timing of their posts couldn’t have been better for my purposes. Or maybe worse.  Because they came right as I was trying to come up with a title for the next Ellie Hatcher novel, and I happen to disagree with both of them.

I struggle with titles.  A lot.  I shared my inner title turmoil here at Murderati last summer.  As I explained then, I’ve come to realize two things about titles, and from those two things come some lessons that push me away from Gar’s and Louise’s conception of a KAT.

First, a title’s main job is to create a first impression — not of itself, but of the book it adorns.  An extremely unique title makes a bigger impression.  That means it better be a REALLY accurate impression of the novel’s contents.  Otherwise, it’s just as likely to turn off a well-matched reader as to make her say, Hmmmm (Louise’s test for a KAT).

For example, my first book was initially submitted to editors with the title The Final Verdict.  The acquiring editor’s only quibble was with the title.  The problem was the “feel” conveyed by the title. She thought (correctly) that it sounded like a courtroom thriller when my books (even those featuring prosecutor Samantha Kincaid) really don’t unfold in court.  I renamed the book “Judgment Calls.”  Maybe not a KAT, but at least it didn’t mis-introduce the book.  Lesson One: Make sure the title matches the tone of the book.

Despite that first experience with a title, a made a mistake two books ago.  I struggled like mad with the title of the third Ellie Hatcher novel.  I honestly don’t remember now all of the many titles that I considered and rejected, because I became so passionate about the title that stuck: “212.”  It’s the Manhattan area code.  I also made it the name of the luxury building where a murder in the opening chapters takes place.  It “felt” right to me.  So modern.  So New York.  It was so cool and perfect that some of my Facebook friends found this t-shirt for me to rock on book tour. 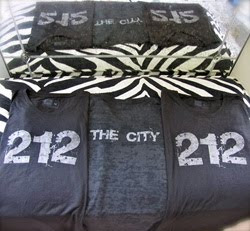 But here’s the problem: The title’s really cool if you happen to know that Manhattan’s the two-one-two.  If you don’t know that?  You wind up asking the author on said book tour why she called her book “two-twelve.”  You tell the indie bookseller who’s kind enough to handsell said author’s book, “No thanks.  I don’t read science fiction.”

Oops.  Lesson Two: Make sure your title isn’t so “inside” that it turns people off.

The second thing about titles is that, although they serve to create a first impression, they don’t fill that role alone.  Usually people will see the title in the bookstore or online so will also see the cover art.  They might also read the first chapter or the inside flap to have some minimal sense of the book’s “hook.”

Last year, I used Charles Nicholls’ “One Day” of an example of how title, jacket, and concept can come together.

As I said about One Day the title: “Kind of bland.  Kind of makes me want to sing ‘One day, one where, we’ll find a new way of living.'” But if you see this jacket?

Gets your attention, right?  Flip it over and learn that the novel depicts two people on one single day across twenty years?  Suddenly it’s a perfect title.

Or take Lee Child’s new book, “The Affair.”  I’m not sure what Gar and Louise would say, but does a two-word title that begins with “The” trigger the DAT rule?  Regardless, I happen to like one-word titles because they can easily address my lessons one and two by fitting well with the contents of the book and not turning people off.

Simple titles can also be dressed up well with jacket and concept.  The jacket for THE AFFAIR — a haunting picture of empty railroad tracks — is interesting enough that people will pick it up.* 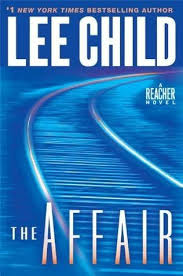 *Note: This post assumes, falsely, that Lee Child still needs a good title or book jacket to persuade readers to pick up a book.

Then you find out that THE AFFAIR is a Jack Reacher prequel.  1997.  A crime scene at a lonely railroad track at Carter Crossing.  This is the story of how Reacher became a drifter.  Awesome!

So it’s that time of year again, and for the last month, I was struggling (once again) for a title.  The working title was TO THE GRAVE, but on the “fit” rule, I decided it sounded too much like either a vamplre book or a medical examiner book.  Then those excellent posts from Gar and Louise managed to get me all up in my head, struggling for a KAT.

I came up with WHEN DARK COMES DOWN.  Pretty good, huh?  Maybe even kick-ass.  I ran it past some people who all loved the sound of it.  But when I asked them what “type” of book they imagined from the title, I didn’t like what I heard.  Noir.  Darkness (funny that, huh?).  Something about depression.  It meets Louise’s “hmmmm…” test, but those weren’t the right kinds of hmmmm’s.

Back to the drawing board, but this time I didn’t think about KATs.  I thought instead about the good fortune I’ve had this year with my first standalone.  I’m quite sure the title, LONG GONE, wouldn’t meet any tests for being a KAT.  But here’s the jacket.

The hook?  Alice Humphrey thinks life is all well and good at her dream job until she shows up one morning to find the place stripped bare as if it never existed, vacant except for the dead body of the man who hired her.

I was lucky enough to hear something like the following from an awful lot of people this year: “I’d never read your books before but there was something about that jacket.  I just knew I’d like this book.”

I took to the Interwebs, asking my Kitchen Cabinet pals on Facebook and Twitter what “type” of book they thought of from the following potential titles: NEVER PROMISE, AFTER DARK, and LIGHTS OUT.  The feedback was excellent, but the “fit” wasn’t quite right.  NEVER PROMISE had too many readers thinking of sappy romance stuff.  AFTER DARK conjured up too many thoughts of hookers.  And LIGHTS OUT sounded like calamity during a black out.  It also had this my editor and me singing this awful ditty:

(Have fun getting that one out of your head.  You’re welcome.)

I went back to the drawing board once again, now armed with my market research about tone.  I imagined possible book jackets.  I read my draft jacket copy.

And then I named the next Ellie Hatcher novel: NEVER TELL.

KAT?  Probably not.  But it sounds like one of my books.  It sounds like this particular book.  It connects with content.  It doesn’t send a wrong message.  And those talented art people at the publisher will do something great with it.

So am I full of it, or am I onto something?  Despite the allure of distinctive titles, do you think you’ve ever NOT read a book because the title, albeit creative, turned you off?  And when you hear the title NEVER TELL, what TYPE of book do you imagine?  (Thanks for the feedback!)