One of my favorite films of all time is Steven Zaillian’s Searching for Bobby Fischer:

I think this movie is a small masterpiece and nothing less than a miracle, the latter because it’s virtually without flaw.  Zaillian’s direction of his own screenplay, the cast, James Horner’s beautiful score — you just can’t make a family-oriented “sports” film of this kind any better, IMO — and when you consider all the things that could have gone wrong during the movie’s development that somehow didn’t, well, it’s nothing short of amazing.

A few years back, the Arclight theater in Hollywood did a screening of the film that included a Q & A with Zaillian afterwards, and naturally, I jumped at the chance to attend.  Zaillian’s an incredible screenwriter (Schindler’s List, Gangs of New York, Moneyball [w/ Aaron Sorkin]), and I was anxious to hear him describe both his process in adapting the non-fiction book by Fred Waitzkin upon which his script was based, and his experiences in getting the movie made.

I learned a lot that night, but one thing Zaillian said in particular has always stayed with me.  He said the script didn’t really take off for him until he realized that the story within the source material he really wanted to tell was that of a father and son.  At its heart, that’s what Searching for Bobby Fischer is all about: a son’s need to win his father’s approval.  Everything else — the chess tournament milieu, the Good Coach With a Past, the evil rival — is just window dressing.

That Zaillian had something to say about the father/son dynamic is evident in the final product.  His film is as moving as it is — at least, for me — because it seems so genuinely felt.  This one clearly came from the heart, and I think that’s the reason Zaillian’s screenplay is such a gem.

Writing “from the heart” is what every author should be trying to do each time he puts pen to paper, regardless of what he’s writing, because that’s where the good stuff is, the stuff that makes a writer’s work uniquely his own.  Your one-of-a-kind perspective on the world in which we live — and the passions that color that perspective — are the one-two punch that no other writer on earth can offer a reader.  Your voice is an important calling card, but your soul is an even greater one.

Whenever I sit down to think about my next long-form work, I inevitably come to this question: In what ways can my personal belief systems enrich this material?  What do I have to say about it that speaks to who I am as an individual, and how I view life?

If I can’t answer that question — if I just can’t seem to find an emotional entry point to the story at hand — then I move on to something else.

For me, then, the ideal premise for a novel is one that not only excites me on a storytelling level, but also offers me the opportunity to explore a theme that, for one reason or another, stirs me emotionally.  The object is not catharsis, necessarily, but combustion; just another log to throw on the creative fire.

Over the years, I’ve figured out what most of my “hot button” themes are.  The following is just a partial list:

As a father of four children, I’ve learned how strong and fierce the paternal instinct can be.  It’s no surprise, then, that stories involving a father going to war to protect/defend/avenge his brood have always moved me.  On the face of it, my most recent novel Assume Nothing may appear to be a crime thriller, but what it really is is my idea of a romance novel.  What else would you call the story of a man willing to do anything — anything — to ensure the safety of his wife and child?

“Happily ever after” I’m not so sure about, but I’m a firm believer in true love.  It’s rare and it can be fleeting, but it’s definitely real, and in my fiction, anyway, it’s always worth fighting for.

This one goes without saying, right?  It chaps my ass whenever Evil triumphs over Good, as it so often does in the real world, and I’ll be damned if I’m not going to get some payback in my fiction.

As you probably know by now (especially if you read this earlier post of mine), I’m a determined if incredibly nonconformist Catholic, someone who believes in the Higher Power most commonly referred to as “God,” and who finds both peace and spiritual rejuvenation in the occasional twelve o’clock Mass.  While I have no interest whatsoever in ever proselytizing, discretely or otherwise (primarily because the things I believe in may very well turn out to be poppycock), the underlying optimism of my faith pretty much colors my view of everything, and that view in turn informs my writing.  As to the question of how much, I’ll just answer this way: No one will ever mistake me for C.S. Lewis, but neither will my fiction ever encourage non-believers to keep on keeping on.

The people I admire most in the world are those who live by an honor code and demonstrate an unshakable loyalty to family and country.  No, I’m not just talking about the U.S. Marines.  I think people from all walks of life exhibit these traits — by standing by their spouses when infidelity beckons, or having a friend’s back when the cost could be their livelihood — and I love writing about them.  Being loyal and honorable takes incredible courage, especially when the chips are down, and characters who meet this challenge, despite the personal sacrifices involved, are always at the center of my best fiction.

Forgive me if this all sounds pretty sappy.  But these are the themes that play out again and again in my writing, sometimes because I want them there, but mostly because they insist on butting in.  When I’m writing well, I’m emotionally connected to my material, and it is the things I believe in — the things that most draw my ire or fill me with joy — that provide that connection.

Questions for the Class: Writers, what are your hot topic themes?  And readers, what themes do you most like to see explored in the fiction you read?

6 thoughts on “THIS I DO BELIEVE” 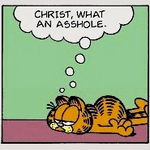 @pinkiekeys Thank you! You're awesome.

good girls lie by @thrillerchick needs to become a tv show, there i said it 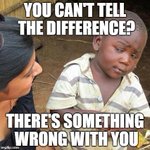