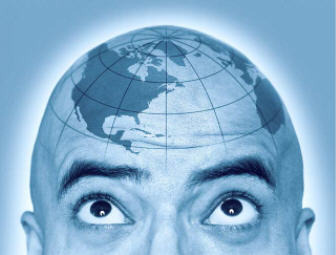 I got a research survey call that other night that stopped me in my tracks.

You know the ones. They only want “a minute of your time.” They promise it’s not a telemarketing call. Sometimes, if the topic interests me and I have the time, I’ll do the survey. Better my voice be heard than some Octamom with a fifth grade education, she says snarkily.

This time the topic was politics and it was a real live person on the other end of the line, not a recording. Those are both good things. Politics is a topic right up my alley these days and you can hurry along a real person, unlike the automated survey calls.

But then he started asking about San Francisco’s interim mayor, appointed six months ago when our previous mayor, Gavin Newsom, became Lieutenant Governor.

I blushed so furiously that I imagine the interviewer’s headset heated up across the wires.

Sure, I voted in that election, but then it dropped clear out of my mind. It never occurred to me that my mayor was no longer in that position. That the Attorney General would have been replaced by someone else. That the police chief was also part of that magical game of chairs.

What was I thinking?

Having already committed to it, I bluffed my way through the interview, pretending that I knew the issues and individuals involved. (I hope not all respondents are as duplicitous and dumb as I was in my answers, but I do not hold out much hope.)

I thought I was a person who was voracious about staying au courant. I could debate either side of any argument (Should we build a mosque near Ground Zero? What’s the difference between taxing earned income and non-earned income? How does burka wearing effect French culture? Do CFLs pose a risk to American health or way of life?)  because I knew the facts and opinions from both sides. That doesn’t mean I don’t have a point of view. I just think that persuasion is most effective when it is the product of an informed view of  both sides of  an argument.

But where was I getting most of my news? From national and international online sites. I knew more about Pech Valley in Afghanistan than Hayes Valley across town. More about  the Kobe beef and foie gras sandwich at BLT Steakhouse in New York than I knew about where to go to brunch in San Francisco. More about the Casey Anthony trial than I knew about the July shooting by the Bay Area Rapid Transit Police here in July.

For God’s sake, I know more about the State Senators in Wisconsin than I know about my own state representative. Who is that, anyway? (I can tell you my congressional rep, but only because it’s Nancy Pelosi and she’s a pretty big national figure.)

I quit taking the local newspaper after Bruce died, because I could no longer work the crossword puzzles (an aphasia of some sort that has lasted to this day) and the piles of unread papers reproached me every week. I didn’t watch any local TV news in favor of some other, lighter programming that was on at the same time.

Today, I don’t know who represents me in our state legislature or who serves on our city board of supervisors. I don’t know what new restaurants opened in the Bay Area in the last six months or what the ballet program is this year. I know where to shop for clothes in Sydney or Seattle but couldn’t tell you the same thing about San Francisco. I spend more time on the phone with Australians than I do anyone in California. I have more friends online than I have in the neighborhood.

I am a Citizen of the World, but not of San Francisco. I’m getting nothing from – and contributing nothing to – living in this paradise of tolerance and good food.

What ever happened to Think Globally, Act Locally? I know, that slogan was originally intended to mean that global environmental problems could be attacked with sound, local policy, but it should also hold true for other passions, problems and interests.

If I care about women’s reproductive rights, why don’t I get involved locally? If I’m a devotee of the Food Channel, why don’t I seek out those new places here at home? If I send money to foreign countries for literacy or food programs, why don’t I start by doing the same thing here?

I don’t make many pledges these days, because I know that I’m likely not to fulfill them, but here’s a pledge from me. I’m going to be a better San Franciscan in the future. I’m going to know what’s going on in my city and my state and when it’s important to me, I’m going to take action to make sure my voice is heard. I may not get a newspaper subscription again, but I promise to read up on the local goings-on online. I may even leave the house every now and again to enjoy this fair city.

So tell me, ‘Rati, do you still feel like a local resident or more like a national or international one? And either way, what is the one thing about your community that you most like or would most like to enjoy more?

P.S. Oh Lord, while writing this, a second research survey call came in, once again about the San Francisco mayoral race. Ha! Gotcha’! I’ve read up on the candidates now.