I buried my mother last Friday.

It went about as well as those kind of things can go. In his eulogy, the priest said that he had another funeral to do in two hours, and that one was for a three-month-old baby so how bad could we feel about burying a 93-year old?

Pretty bad, I could have told him.

Holy Hope Cemetery is one of Tucson’s oldest, first populated back before Arizona was a State or a Territory. Before the Gadsden Purchase and during the time Tucson was part of Mexico. That probably doesn’t sound very old to my European or East Coast friends, but by Arizona standards, it’s Paleolithic.

When I was growing up, we’d go visit the family graves once a year on Memorial Day. I never saw a Memorial Day that was cooler than 110 degrees. We’d cut bunches of oleander – the only flowering plant we had – and stuff the stems into Sanborn coffee can/vases. A bucket of water would be braced between a child’s legs to keep it steady in the car.

There were no trees or grass at Holy Hope in those days so the marble angels and squared off grave markers sat flat on hard-packed desert dirt. We’d kneel as long as we could on the stone curbs that marked our area, bony knees burning and arms itching from our poisonous floral offerings. Our family names were at first the more foreign sounding Slaviero or Cosamini. Later family deaths had more American sounding names. Counter. Sellers. Ure.

There’s grass there now, but not the picture perfect kind you’d hope for in a cemetery named Hope. Stubbly, yellow brown and choked with stickers and small stones for moral support.

It was ninety degrees when we buried her. Better than my remembered Memorial Days, and she always did love the heat. They’d laid out a swatch of bright green Astroturf  where the casket was and set up a small white tent and two rows of folding chairs. The rest of the attendees stood in the sun. But the tent wasn’t big enough to offer any shade and the Astroturf looked like a cheap toupee purchased long ago for a man who now has gray hair.

My 94-year old aunt sat alone in the first row, saying goodbye to her little sister and last original family member. I sat behind her so that I could wrap my arms around her. I didn’t want to tell her that they’d set up the chairs and the Astroturf so that my feet were resting on my father’s grave and I was sitting on my brother’s.

Never willing to recognize her own native insights and intelligence, my mother often told us, “It’s a good thing you got your father’s brains.” We always disagreed. Finally, fifteen years ago I sent her a list called “Things I learned from my mother (because she is so smart).”

I read part of that list as I stood behind the casket.

“Things I learned from my mother (because she is so smart).”

1.    Whistle. My mother had a whistle that could carry harmony in a song or mimic a bird or call children from three blocks away. And I learned that, to a child, a Mother’s whistle is the loudest sound in the world.

3.    Don’t sweat the small stuff. You’re only as big as the things you let bother you, and letting something bother gives someone else control over you.

4.    Turn the utensils around in your kitchen drawer so that you can see what they are. Handles all look alike.

5.    It is possible to love all your children and grandchildren equally. There are no favorites when it’s unconditional love.

6.    Save a little every week. You’ll be surprised at how quickly it adds up. And having a passbook at a bank is more fun than using an ATM.

7.    Appreciate other cultures. Speak Spanish with the right pronunciation. It is a part of our heritage not to be forgotten.

9.    Love words. Not just the crossword puzzle kind but all those that make the mouth sizzle and shiver. Appreciate where they came from and the joy of how they sound.

10.    Assume the best of everyone. You’ll be disappointed less than half the time.

Native Americans from Arizona (the Hopis? the Papagos?) believe that the arrival of a hummingbird signals a departed soul returning to say goodbye. On the day I left, a small hummingbird hovered at eye level near a mesquite tree to my left. I swear it had a shock of white feathers just at the crown of its head.

Rest in peace, Little Bird. You taught us well. 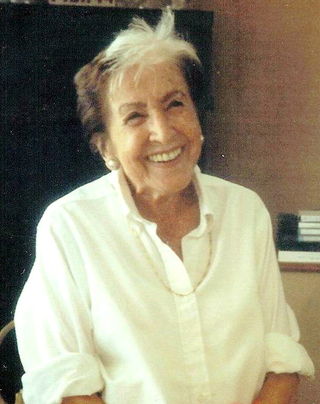 Thank you all for such kind words two weeks ago when JT offered to share my sad news on her blog day. It means a great deal to me.

Today we think happier thoughts. Tell me, my ‘Rati friends, what’s the thing you’re most proud of your mother teaching you?