When I first started to write, I always knew the end before the beginning. Each book was a journey towards a clear destination. It was the route there that was the challenge – one that usually took some unexpected turns along the way. 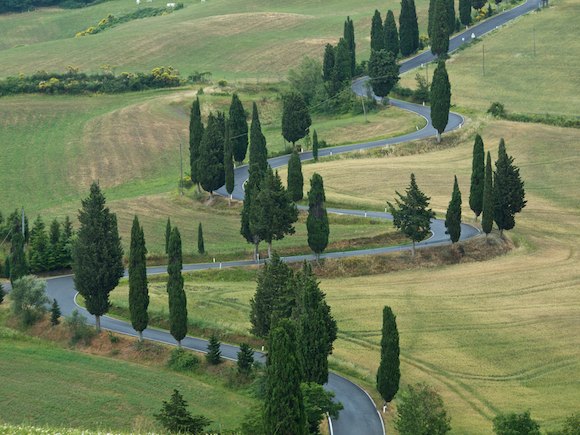 But more recently I’ve realised that I’m setting out with less of a definite destination in mind. In fact, even when I was quite close to the end of the current Charlie Fox novel, I didn’t really know exactly how it was going to end. And when I say ‘quite close’ I actually mean as I was entering the final few chapters.

Of course, while this might horrify the plotter and planner authors (of which I’ve always been one), those who write by the seat of their pants will consider this a normal state of affairs.

Far too often when I’m reading, the ending to a book is the most disappointing part. The story has gripped and engaged me right up to the point where it became clear that the author hadn’t really thought about how to finish things off. Then the ending becomes too pat, too hurried, too … unsatisfying, somehow, for the effort and commitment I’ve put into it as a reader.

But finding the right ending is hard.

When I wrote THIRD STRIKE I was faced with a choice of endings. Not for the main story itself – I had a good idea about that, but for Charlie’s personal journey. And it’s interesting to note here that the main story involved one of the major characters discovering, under extreme pressure, the very worst about themselves. It’s about people moving into the light while others move into the dark.

But Charlie’s own story could have had three possible outcomes – if you include the ‘don’t know’ option. My original intention was to write all three as separate epilogues and throw it open to my agent and editor to decide on the outcome they thought worked best.

The closer I got to the end, however, the less this idea appealed to me. By the time I was actually writing the epilogue, I knew there was only one way it was going to go.

As the author, I don’t regret the decision I made. I think it was right for the character at that point in her life. And – so far, touch wood – I haven’t had objections from readers to tell me different. I know I have had emails from readers who have become so wrapped up in Charlie’s character and her ongoing story that they occasionally berate me for choices she’s made. I think it’s a huge compliment that they see her as a real person in this way.

But I’m left wondering how much control readers actually want over their favourite characters. In some ways it’s a little like the difference between watching a movie and taking part in a video game, but in other ways I can appreciate it’s not the same at all. After all, in a movie the camera is usually an observer, an omnipotent narrator. In a video game, you are one of the participants. (And I freely admit I’m guessing here, because I don’t play them!)

So, do you want to watch a movie where you can alter the outcome at the press of a few buttons, or do you want to let the action unfold as the screenwriters and the director intended – to surprise you and carry you along to their choice of ending?

Equally, the multiple-choice books I remember from years ago all relied on YOU being the main character, either in order to find the warlock’s treasure or solve the crime. I don’t recall any of them where you were given the option to step in and alter the other characters’ lives without playing some active part in the story yourself.

Would you want that or would it completely spoil or alter the experience for you?

I only read a few of those multiple-choice books and my impression has been that they were an experiment that didn’t last long. (Another admission – I could easily be WAY wrong about that.) Besides anything else, they always seemed very clunky getting from one section to the next. Part of the joy of reading, for me, is to immerse myself in another world where the only thing that matters is turning the page. I want to be transported there wholeheartedly, not necessarily take part and help move the scenery. If I go to watch a stage show, I don’t want to be yanked out of the audience to participate – I want to sit back and be entertained.

With the advent of e-books, however, the ability to jump from one storyline to another has become a much smoother process. You no longer have to leaf through from one section to the next, but simply click on a link and you’re there. The possibilities are endless, not just for allowing the reader to control the story, but to include alternative endings.

But is this providing the reader with more choice, or taking it away from the author?

This week’s Word of the Week is krewe, which is any of several groups whose members are involved in the annual Mardi Gras carnival in New Orleans and take part in events leading up to the event itself, such as electing Rex, the king of the carnival. Many NOLA families have belonged to krewes for generations, and although the word is just a different slant on crew it now has particular significance in relation to Mardi Gras.

As an aside, can I mention a couple of upcoming events? I will be appearing with the Brewhouse Writers in Kendal on Wednesday, February 29th, for an evening of readings at Burgundy’s Wine Bar on Lowther Street, starting at 7pm.

I’m also appearing at East Boldon Library on Boker Lane in East Boldon, Tyne & Wear, as part of World Book Day, March 1st at 7:30pm. Would love to see you at either if you can make it.