There I was, all set to give you a little piece on short story writing.

Then I went and saw ZAPPA PLAYS ZAPPA, aka The Tour De Frank.

Now, I know Frank Zappa is an acquired taste.

But I’m not here to talk about the music specifically.

Dweezil Zappa leads an incredibly talented band that includes "guest" performances by Steve Vai and Terry Bosio. Side note: those of you that think the world’s greatest drummer had the last name of Peart or Bonham or Rich…nuh, uh. It’s Bosio. Trust me.

What the hell does this have to do with writing? I’m getting there.

Talking with Dweezil after the show, I learned the band was smack in the middle of a 23-city tour. It was their 5th show in five nights,
in the 5th different city. A three hour (yes, three hours) extravaganza
of sound and energy, performing some of the most complex rock music
ever written. But their energy and commitment was so high, so intense,
you’d have thought it was the opening night of the tour.

He talked about how hard it was – not just the touring, but getting the music right, the politics of each venue (wow, is the musician’s union a tough bunch!), and being away from friends and family. Cap all this with the fact that the tour is not sponsored. Dweezil funded getting the thing started, and it has been grassroots since – making enough money one place to afford to go and play another place.

Those that know me, or used to read my Bog (RIP), know how important music is to me and my writing. Probably 75% of my inspiration comes from music, in one way or another. And yes, as I sat there watching this great, great show, I was inspired.

But I was even more inspired when I spoke to Dweezil after the show and he talked about what a difficult thing it is he and the others are doing. But he’s doing it for the love. To expose new generations to his father’s music. To become better himself, by learning to play the music exactly as his father did; to honor his father; to give back.

Steve Vai, possibly the greatest living guitar virtuoso, started with Frank Zappa, and was so excited about the idea of joining this tour he cut his own (very profitable) G-3 tour short. Terry Bosio and Napoleon Murphy Brock basically came out of retirement to go on the road for very little money.

This time, not just from the music itself, but I am truly inspired by these artists and their passion, their dedication. It’s similar to why I love sitting around talking shop with other writers. Sure, it’s fun to sit and dish at conferences – don’t lie that you don’t do it – but my favorite thing about going to a place, anyplace, where writers are gathered is to get inspired. I get inspired by some because of their talent, by others’ discipline, others by their passion and commitment.

And, as always: Floyd Landis is innocent. if anyone knows an investigative journlaist looking for a story to make them famous, please send them here. 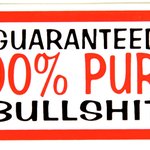 I had a great time chatting with @Bookclubbish about HER DARK LIES!